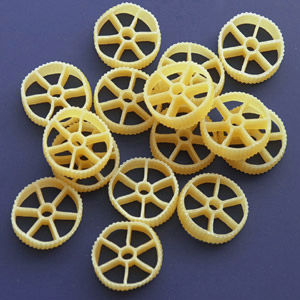 17
What's the best way to tell that pasta is done (when boiling)?
10
How to prevent Orecchiette from sticking to each other while cooking? How to separate in water?