I've been reading some Italian (written in Italian, by Italians) cook books and web sites and I find that many recipes call for peperoncini. I thought I knew what these are, but according to this article in Wikipedia:

While called peperoncini in American English, peppers of this particular kind, in Italy, are called friggitello (plural friggitelli) or more generally peperone (plural peperoni) like other sweet varieties of peppers, while the term peperoncini (singular peperoncino) is used for hotter varieties of chili peppers.

There are, of course, many varieties of hot chili peppers. My question is, what variety of peppers would most commonly be used by a cook in southern Italy when a recipe calls for peperoncini?

Grown and used in all Italy 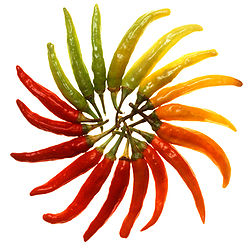 The green ones - Peperoncini verdi

Used in north Italy, made under vinagre, typical Milano's recipe. They make it in airtight glass jars and open them in December for Christmas (or whenever)

The red ones - Peperoncini rossi

Grown and used most af all in shouth of Italy. They are put to dry, then made in powder, like chili. Can be from medium hot to high hot. Used for seasoning many recipes in all Italy. Many types of red small peppers are used to be dried and for seasoning recipes. 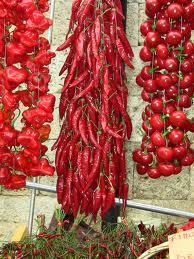 Typical of south Italy. They are fried in oil, then dried on a cooking paper, then seasoned with salt.

"Pepperoncini" is a contaminated word by a wrong spelling pronunciation of southern Italy, and "friggitelli" (like "puparuolilli do’ sciumm", in the text) is a local/dialectal denomination, not even known in north Italy. 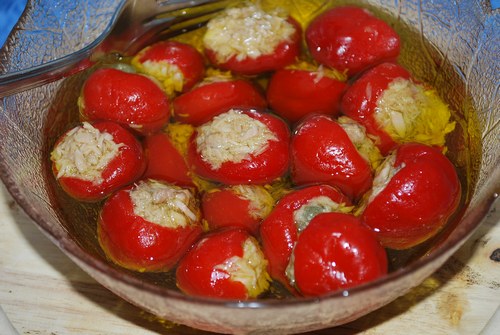 Used in all Italy (the two varieties = the shorter are sweeter) - but any color changes the flavor, so the result, depending on the blend color, changes. 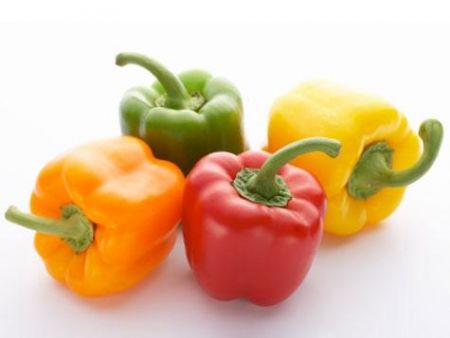 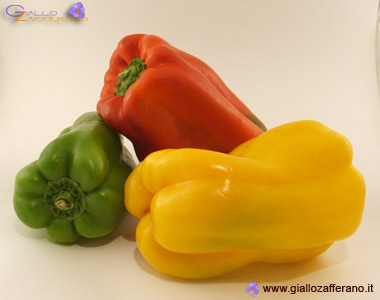 They are used most commonly used to make "peperonata", made with onions, oil and tomatoes (some like a ratatouille). With celery in north of Italy. They can be from sweet to hot. 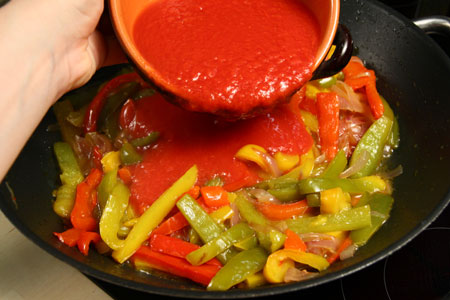 Can be made in oven also, usually filled. Or passed on any fire to burn the skin, then peeled from the burned skin, reduced in large stripes, put into a container, seasoned with garlic, oil and salt and covered with oil. They let rest at least 24 hours for the flavors to blend.

Peperoncini literally means chili pepper. That's any pepper belonging to the Capsicum Annuum family, and it's really up to personal taste. I think you'd be hard-pressed to pin down the "most common" type of pepper used in any country, as there are so many intra-regional variances which also change from season to season and year to year.

I'm not even sure I could answer that for just the city I live in; some people immediately think of Jalapeños when they hear "hot pepper", others think of Serrano peppers, others think of New Mexico peppers, and still others think of Habaneros, and these are all pretty different; some are at opposite ends of the Scoville scale. It depends on how hot the person you're asking likes their food.

That being said, I think a reasonable proxy is a Google search for peperoncini al mercato ("[hot] peppers at the market") restricted to Italian pages, which should give you a pretty good idea of what the average Italian actually considers to be a "chili pepper". As one might expect, there's an almost endless variety. However, the most common ones I see - and this coincides with my own not-inconsiderable experience eating Italian cuisine (some in southern Italy) are, in descending order of frequency:

Here's an actual picture of a market stall in Italy, showing that they actually do grow all of these varieties and more: 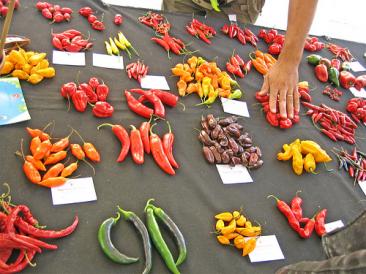 Really, it's almost a bit like asking what kind of wine they drink in Italy. You might be able to narrow it down to a general area (Chianti for wine - Capsicum Annuum for peppers) but within that area there's still endless variety, so IMO this is probably as specific an answer as it's possible to give.

Not the answer you're looking for? Browse other questions tagged italian-cuisine chili-peppers or ask your own question.

1
Which chili peppers does one use in arrabbiata sauce?