Difference between scones and biscuit?

What are the basic differences between scones, biscuits, tea-biscuits, muffins ? I know that cookie is the american word for the british biscuit..

Or is there any other difference? 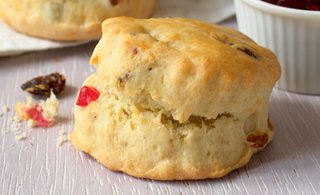 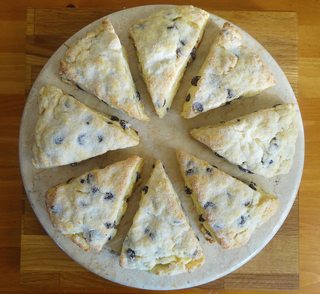 Why add to the nightmare by dragging in Muffins. Scones, Tea biscuits and American biscuits all had the same origin it seems.

Scones are a tad denser than tea biscuits I think, with Scones being the mother of all of them.

In Canada (Ontario) we have both Scones and Tea biscuits, but no southern type biscuits, you have to go to Popeye's to get that. Sometimes the tea biscuit also looks like scones, a with raisins or baked with cheese in the batter. In Canada, scones are generally triangular, and that's how you tell the difference. New England and Canada still have/ make the original tea biscuit.

196
Translating cooking terms between US / UK / AU / CA / NZ
10
How many different varieties of 'pancake' are there?