I often make fried chicken fingers the traditional way with an egg and milk covered cutlet dredged in seasoned flour, however my girlfriend is now on not only a gluten-free diet, but also a hypo-allergenic one which excludes eggs and dairy as well.

My questions is, what are some ideas for an egg-less batter for fried chicken?

For the dry mix, I'm mostly using rice flour as a GF alternative to standard all purpose flour, which is okay.

My concern is with the wet mix, some things I have already tried for the wet potion of the mix:

I do have gluten free bread crumbs as a last resort to help get the texture I want, but I usually prefer to have a bread crumb free batter in my chicken fingers.

What might be a good egg alternative or a good wet mix substitute that will allow for a flaky texture with either a neutral flavor, or one that lends itself well to chicken.

It is not necessary to have any egg to make a breading.

You should instead take a step back: rather than trying to create a substitution for egg in a breading which relies on their unique properties, instead use one of the many breading methods which does not.

All of them can be enhanced with spices or seasonings that you prefer such as chili powder, garlic powder, and so on. The latter two can even accommodate wet prepared condiments (in reasonable quantities) like prepared mustard or soy sauce.

While the result will not be identical to the classic triple-layered French breading, it can be very good in its own right.

Managed to make crispy spicy seitan strips with the 'rough' texture I think is being described: boiled seitan in chicken-flavour stock; dipped strips in a mixture of aquafaba + oat milk; coated in a mix of corn flour + wheat bran instead of breadcrumbs (with spices); dabbed into chilli oil before frying at high heat. 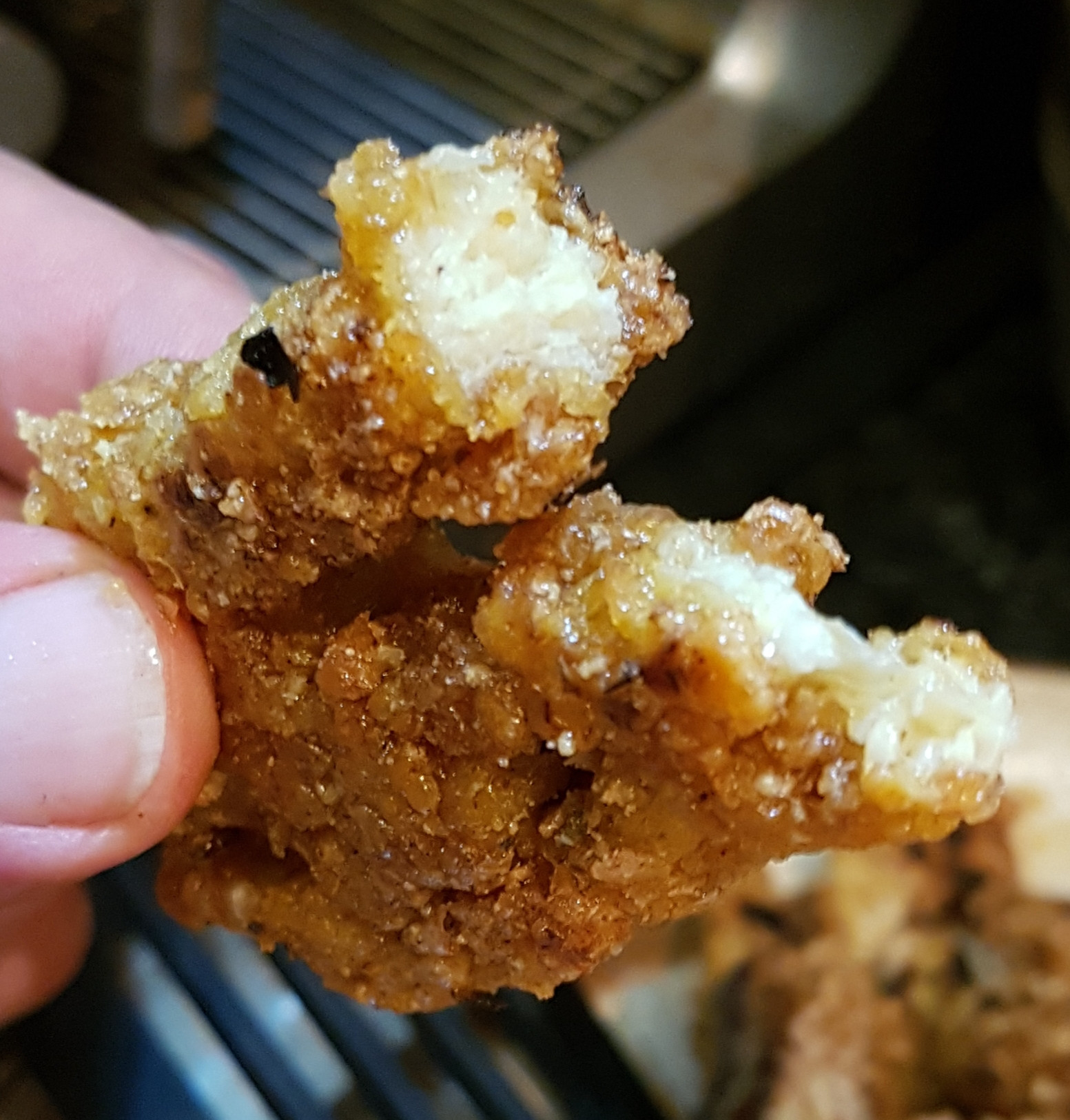 Also you can just substitute out a fat instead of the egg wash, dredge the food in flour, then dip in whatever oil you may prefer (corn, olive, coconut, etc.) coating completely, but be sure to press firmly into the breading (Outer coating). Just to make sure it sticks well; I use this while baking a fried food rather than frying it in oil, just to make sure the breading doesn't fall off while frying.

Not the answer you're looking for? Browse other questions tagged substitutions chicken eggs frying deep-frying or ask your own question.

12
How do I get breading to stick to pre-cooked chicken for pan frying?
4
How do I make the panko bread stick to my egg-coated chicken?
3
Vinegar and battered chicken?
2
Getting crispy chicken nuggets at home
2
How do I replicate the unique crispiness of Korean fried chicken?
18
How to imitate commercial fried chicken?
5
Alternative to cream for fried chicken recipe
1
Questions about battering and frying chicken
3
Corn/Potato/Rice/Flour starches in deep frying
2
Baking and a rotten egg was cracked into mix :(