When I make black tea, I usually put the leaves (or tea bags) into cold or room-temperature water before I start boiling it. I've noticed that certain cultures always insist on first boiling the water, and only putting in tea leaves once it reaches a full, rolling boil.

Does boiling the water before putting in the leaves make a difference? I tried both ways and couldn't find a difference in taste. It seems like boiling for more than a few minutes means both would have similar levels of oxygen (not sure why that would make a difference).

I would like clarity on whether putting the leaves/bags in cold water makes a difference, especially given the time-scale of boiling (should it be shortened).

As you're heating the temperature of the water will rise at different rates, depending on the amount of heat, on the quantity of water, and on whether the pan is covered or not. With the tea in the pan, this would create an infusion gradient, as the temperature rose over a varying number of minutes.

I don't see how you could brew even the finest black tea for 10-20 minutes without over-extracting it, producing a stewed, bitter flavour that dries the tongue.

In Turkey, we have a two-pot system (çaydanlık) for making black tea. 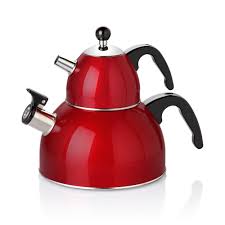 Lower pot is used to boil the water, while upper pot contains the loose tea. This helps the tea leaves to get somewhat conditioned before steeping. Boiled water is poured over the loose tea, then steeped for about 15 mins. The lower pot keeps the upper pot warm enough to help release all the flavors. Then, the tea is diluted with the boiling water when served. Glass is preferred for serving, to see the color mostly. 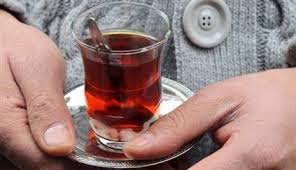 It is told that boiling the tea leaves or even adding boiling water could burn them and make the taste bitter.

From my brief experience, I put my tea bag in the pot, pour a cup of tap water (room temperature) and heat until the boiling point - this gets me a better tasting tea from cheap tea bags (English Breakfast, Earl Grey - or so said in the box).

When I got loose tea leaves (Twinings Earl Grey and English Breakfast caddies) I tried the same and the result wasn't as spectacular as I hoped. For loose tea leaves it works best if the leaves are poured boiling water rather than getting boiled along with it

Not the answer you're looking for? Browse other questions tagged tea water or ask your own question.

25
Does Boiling Water, Instead of Warm Water, Hurt the Flavor of Tea/Hot Chocolate
14
Why is herbal tea brewed at boiling temperature?

14
What is a good technique to make Iced Tea?
33
What difference does oxygen content of tea water make?
13
Can I make tea with carbonated water?
8
Ways to speed up this chai recipe?
12
Sugar in tea better if put after boiling
4
making iced tea with lowest caffeine content
12
How can I easily get water to a desired temperature?
3
How long does it actually take to extract tea compounds from leaves using the boiling method?
1
Are electric kettles a good choice for tea?
2
Should rice be started in cold or boiling water?