Where does the Asian dish "sang choi bow" come from? 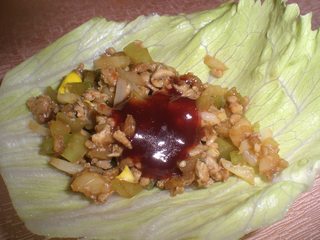 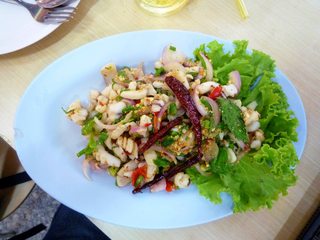 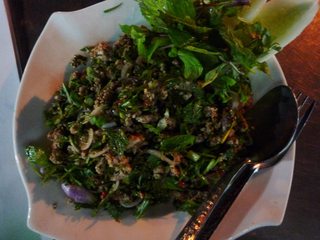 It is written in Chinese as "生菜包", which in Pinyin is "shēngcài bāo", noticeably different to any of its usual spellings in English.
However, in Cantonese it is saang1 coi3 baau1. Much closer to the English spellings and pronunciation. Cantonese is mainly spoken in Hong Kong, a great culinary exporter and major influence on "Chinese food" in the west.

I was also led to believe it originated in Guangzhou. I moved to Guangzhou in 2019 and to my surprise I could not find it anywhere. I've been to many restaurants here and it is never on the menu. I asked my Cantonese Ayi to make it and she had no idea what it was, she'd never heard of it! I showed her photos and she declared it was not a Cantonese dish. Could it be a uniquely Chinese Australian dish? it's very popular there, is it possible early Cantonese immigrants invented it in Australia?

I have to disagree with all the answers above which say that it doesn't originate in Canton/Guangzhou, or anywhere in Guangdong Province. As a matter of fact, it very likely did. At least I have ordered it in many Cantonese restaurants in Guangdong, but usually not under the name sang choi bowl.

If I recall correctly, usually it's called something like 小炒皇 siu chow wong, which translates to something like "emperor stir-fry". It might be served with or without lettuce wraps, with the lettuce being perhaps a more recent addition. So it't probably unsurprising that more elderly Cantonese people have not seen this dish.

3
Dried tofu - does it have another name, and where can I get it in the UK?
1
How can I cut the flavour of Worcestershire sauce in a completed Asian dish?