Is this "true" cinnamon?

I just made pho. It turned out great but for one thing, I found the cinnamon flavor to be just a tad overwhelming. No worries, I just added more of everything else to bring balance to the broth. It made me wonder though. I picked up all of the spices at a halal grocery, including cinnamon sticks. The ingredient list on the package just says "cinnamon", the product was imported from India. The sticks are bigger and fatter than I am used to, and the flavor did seem extra strong. Is this a picture of "cinnamomum verum" (ceylon), as opposed to the more familiar (to me) "cassia"? 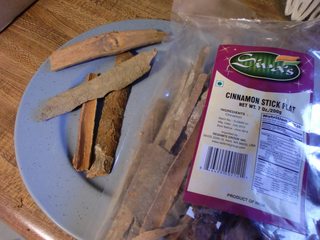 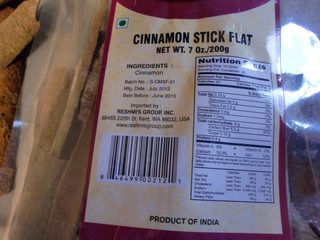 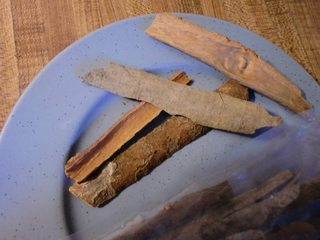 It is really hard to say anything definite just from the photo, but I would say it's not C. verum. First, cassia (C. cassia) usually has a stronger and more robust flavor than Ceylon cinnamon, rather than the other way around. From the thickness of the bark I would also say that this is cassia or some other species of cinnamon (there are a couple that are used as spices) ... all Cinnamomum verum I have seen sold had a very brittle and flaky texture (including only the thin inner bark of the tree) ... like this one (photo from this seriouseats.com article): 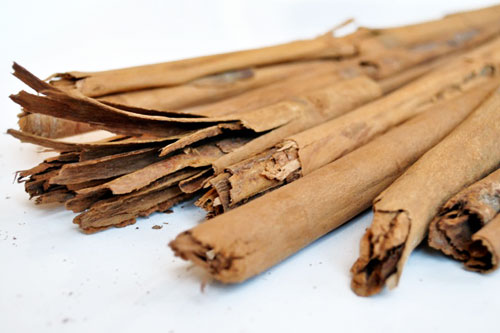 ... or like the left one in this image from wikipedia: However, there are also different varieties of Cinnamomum verum that vary significantly in flavor and sometimes also the outer layers of the bark are collected, so it is really hard to say ... but the one that is (at least in Europe) sold as Ceylon cinnamon will only include the thin crumbly inner layers of the bark and have a different (like red hot candies) and slightly more delicate flavor than cassia - and it would be more expensive as well.

But also, with cassia as with any kind of cinnamon - the strength and flavor of the spice might vary greatly depending on the region of origin, variety of the cultivated tree, freshness of the spice and other factors.

Some more info about cassia that might be useful: Cassia is widely cultivated in South and East Asia (including India, where the "cinnamon" you bought came from). And about the accessibility in the United States (according to wikipedia):

In the United States of America, Chinese cassia is often sold under the culinary name of cinnamon.

"Indonesian cinnamon" (C. burmannii) is also commonly sold in the United States, where it is labeled only as cinnamon.

I also found this article (at vanillareview.com) with some descriptions and explanations of the most commonly found "cinnamon" species/varieties:

5
What are the benefits of Ceylon cinnamon over Chinese cinnamon?
10
Why buy ground cinnamon instead of cinnamon sticks?
7
Why put cinnamon in chili?
10
Why do cinnamon sticks taste sweet?
4
Is cinnamon sweet?
1
Does cinnamon "spoil"?
3
How does imitation cinnamon flavor differ from real?
2
Method for how much cinnamon to add to recipe