How can I rescue a soft boiled egg that is too soft?

I love a boiled egg, but it has to be soft. On occasion I get it just too soft, so some of the white is still 'snotty'. Oviously I only discover this once I have opened the egg, when it is too late to put it back in the pan.

Is there some trick I can use to continue to cook the white a little and rescue my egg so that the white is set but the yolk is still runny?

I vote for number 2.

I've used the microwave method mentioned by Ocaasi, placed in the cup but it's touch and go. You seriously only want to allow about 3 seconds.

Another method I've tried is to just hold the open egg, with tongs, in the boiling water, obviously keeping the open end out. This was slightly better the microwaving because the results of a few too many seconds in the microwave, is worse than the problem you're trying to solve. 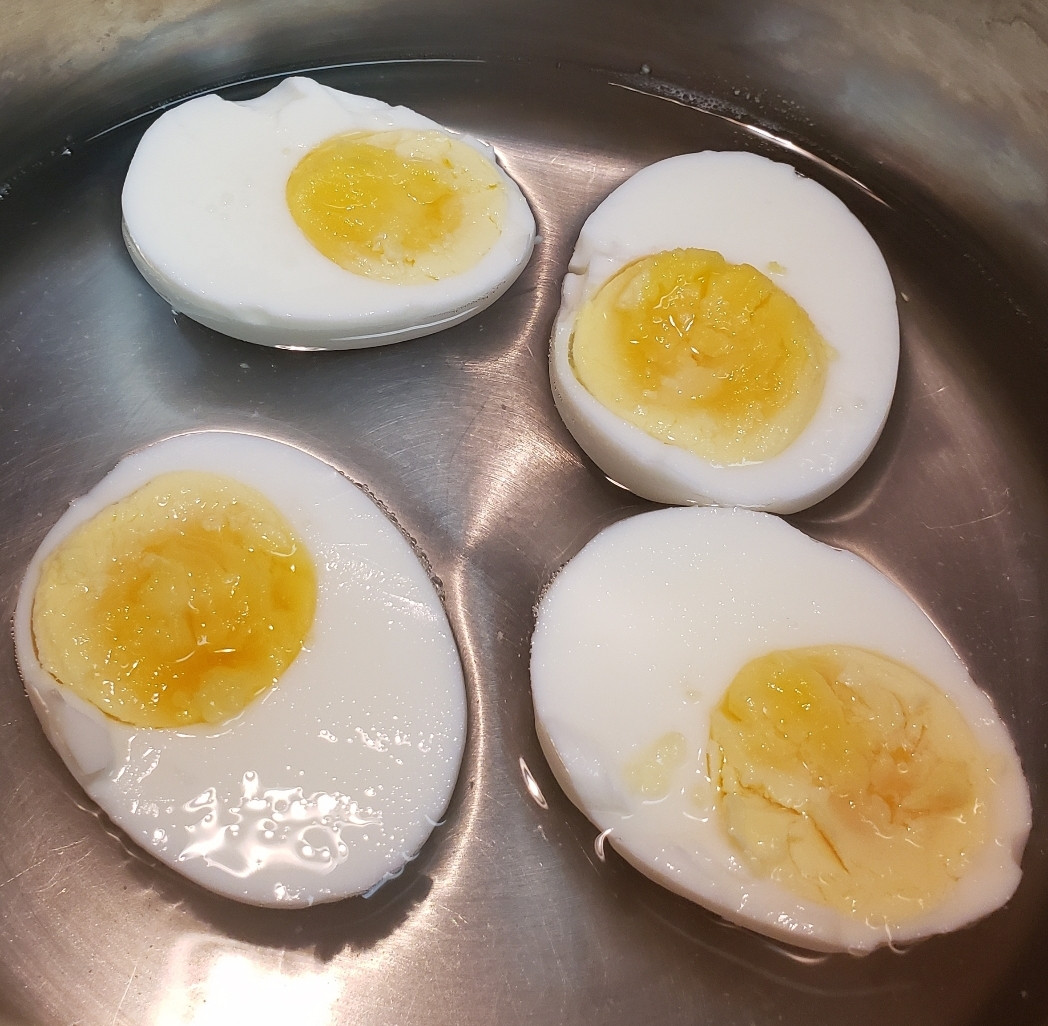 So, I came across the same problem. I just filled as much water in the pot without covering my (already sliced in half) eggs. Then boiled for a couple mins. Cool thing is I was able to watch the runny egg whites harden. I attached a pic :)

You can actually peel an underdone soft-boiled egg and, if the white isn't cracked/broken, drop it into boiling water briefly. That's a method some folks use intentionally to make poached eggs.

17
Is it safe to use plastic wrap in boiling water?

17
How to soft boil an egg
8
Sous vide eggs - how to get a perfect soft-boiled egg?
13
How can I create a scotch egg with a runny yolk?
3
How to cleanly slice hard-boiled eggs?
14
How can I ensure that scrambled eggs will be fully cooked?
5
Why and how does the egg white stick to its shell when cooked sous vide?
5
How to cook egg whites?
3
How to soft boil eggs with a countertop egg steamer?
20
Exploding shelled egg in microwave