Bread with no salt

I've been doing a lot of yeast bread baking as of late and I got to wondering what the salt in the bread was for. Upon doing some research it turns out (aside from perhaps some flavor) the purpose is to "Control" the yeast during the rise. This got me to wondering if it was possible to make a yeast bread with no salt at all. My first attempt was met with defeat, and upon some more experimentation I was able to get the salt down 75% with success. Its the last 25% that alludes me.

Is it possible to make a yeast bread with no salt?

If you make a bread without salt, you will have to make the dough dryer as well. Salt (for lack of a better word) competes with gluten and yeast for moisture. Without the salt, the yeast will work a bit faster (this effect isn't that pronounced) and the gluten will be very soft. The effect on the gluten usually causes loaves without salt to fall flat as the gluten is overly extensible but not very elastic. This could be part of why your loaves are collapsing, as without salt it is very hard to maintain the tension of the outer gluten sheath.

As SAJ14SAJ points out, the lack of salt will make the bread taste very "flat". While there are breads traditionally made without salt, they are usually served with very flavorful accompaniments like olives and sardines. Depending on what you're using the bread for, I'd suggest using an enriched dough as the added flavor of eggs, butter, and/or sugar will also help to cover the lack of salt.

Edited to add links to a couple of articles describing salt's effects on dough and one on salt taste in general.

I have been successfully making yeast bread without salt for more than 3 decades.

There's really no particular difficulty in doing so.

If you are habituated to excessive salt levels, as in virtually all commercial processed foods, I suppose you might find that it tastes funny, but if you stop eating too much salt for a couple of weeks you'll discover that you don't "need" salt to make food (including yeast bread) have flavor.

In my experience, you can reduce the amount of salt more (up to 100%) in white bread than you can wholemeal/brown. Less salt in a wholemeal loaf and it doesn't seem to rise as much, and the consistency is different (I have not tried varying the amount of moisture as suggested above). In a white loaf, I can't see much difference in this regard.

As has been said above, salt does play a role in the process, but also the taste. I don't like things very salty, so tried leaving it out. I sometimes make a white French loaf with zero salt, and it's fine, although does taste very different. If you are putting e.g. salted butter on it, this may not be so pronounced. I generally reduce the amount by 50-75% for white, and 25-50% for brown/wholemeal. But if you are serving it with something sweet, saltiness can complement this well (IMO).

To prove it, see below photo of a white French loaf made in an automatic breadmaker with zero salt (just dried yeast, flour and water). 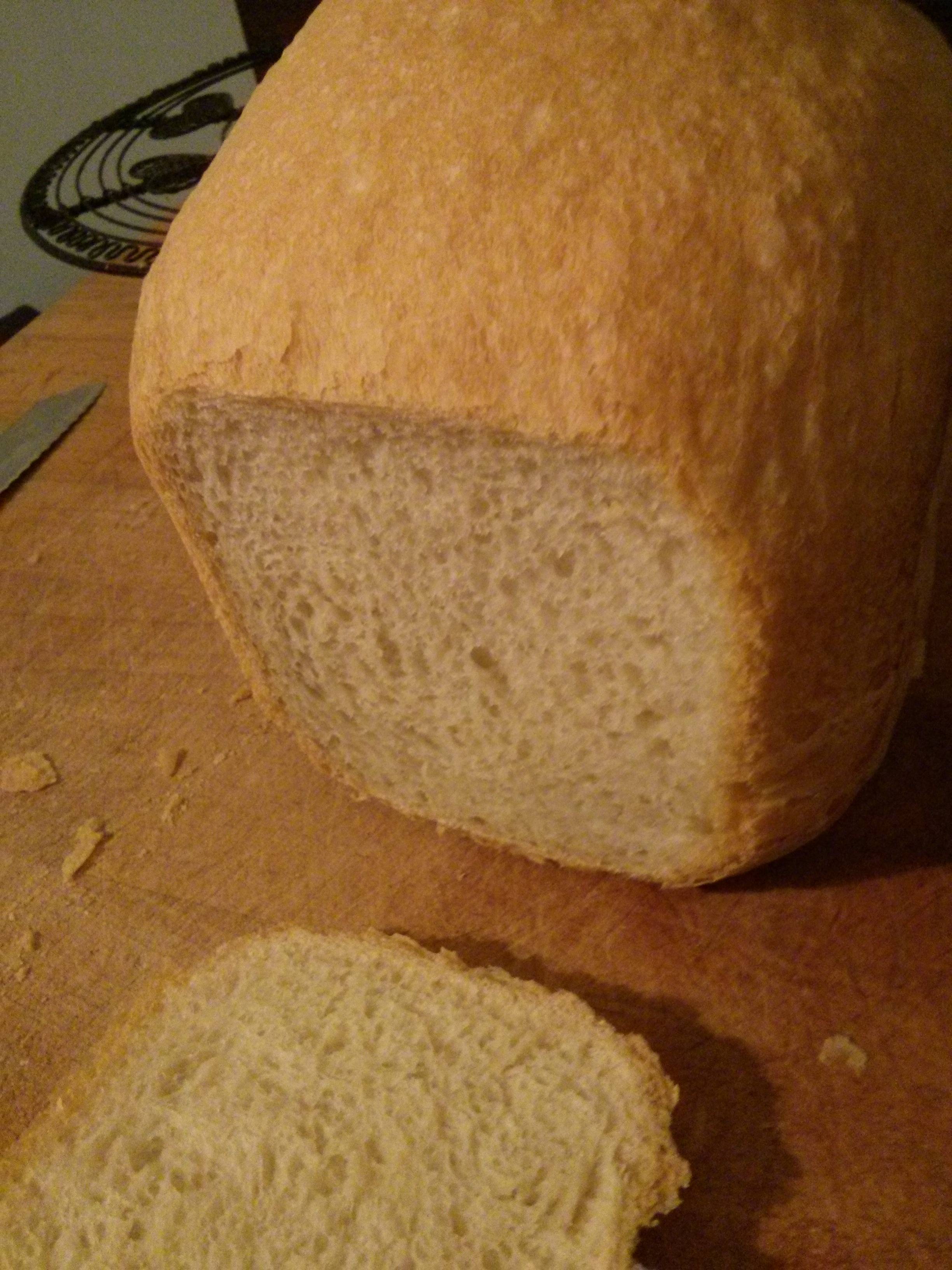 It is certainly possible to make bread without salt. You would adjust the initial quantity of yeast and proofing times to get the desired outcome (it sounds like your loaves are over-proofing).

The thing is, it would taste terrible. Enhancing the flavor is the more important role of salt in bread, not just governing the growth rate of the yeast.

I make my machine bread totally saltless and usually add grains...seeds etc. according to taste and availability.

It is very important to reduce the amount of yeast!!!
I only add 2/3 of the yeast in the recipe and add a 1/4 teaspoon of bread improver and a bit of brown sugar and oil, of course.

It tastes great as is when just baked. Once it is cool, I toast it and tastes great again because the heat develops the grains/seeds taste.

As with everything else: adjustment and compromise.

Use French's NoSalt instead of salt.

Not the answer you're looking for? Browse other questions tagged bread salt yeast or ask your own question.

1
How can my breadmaker made wholemeal bread taste less salty?

12
Does active dry yeast really need proofing?
3
How to avoid collapse of yeast-raised dough?
6
Can you make bread with the yeast in beer?
6
What happens if bread is made with sparkling water?
8
How many risings for bread?
1
Can I compensate for non-working yeast with baking powder in bread?
1
mixing dry yeast, water, salt and flour
5
Bread is not rising
4
Is there a difference between a lot of yeast and rising a short time vs little yeast and rising a long time?