What is the relationship between starchy vegetables/fruits and root vegetables?

I dont understand if there is a relationship between root vegetables and them being starchy. I can't seem to find the answer online so I thought I would ask here.

There is a mid-strong correlation between starchy vegetables and root vegetables, but not a perfect one. 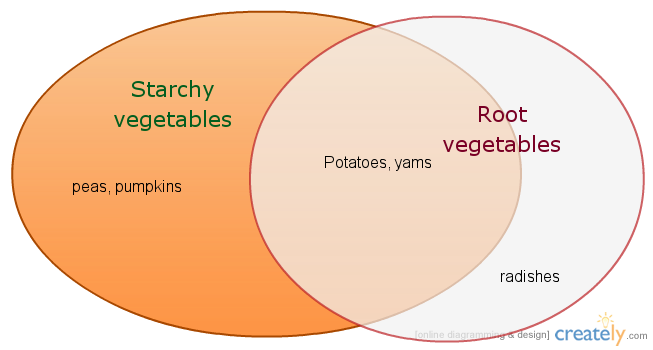 Plants have many types of roots. Some of them are thin and fine, others are large. Their primary purpose is to extract nutrients and water from the soil and pass it up to the rest of the plant, but some plant families have started using their roots (and underground parts of the stem, which non-botanists mistakenly call "roots") for storage purposes. This is why some plants have rhizomes, tubers and bulbs.

Starch is a very efficient way to store energy in a small volume and without much risk of spoilage, so many plants employ it for that purpose. (The other efficient carbohydrate-based storage molecule class is the sugars). So underground storage organs frequently contain high levels of starch, for example potatoes and yams.

Over the centuries, humans have selected food based on mainly calorie density, taste, and obtainability. Starchy roots are better than many other roots for both calorie density (explained above) and obtainability (it is easier to pull 100 clean gram of potato out of the earth than 100 g of dainty clover roots, for example). So many of the roots humans eat are, in fact, starchy. But we also eat other roots. Onion bulbs contain stored energy primarily as sugars, not as starch. Other roots like radishes are much less calorie dense (their main macronutrient is still starch, but they have little macronutrients per unit of weight when compared to e.g. potatoes), but they are eaten for their strong, pleasant taste, and still easy obtainability.

But a root is not the only place where a plant can store energy, and different plants employ other places. The fruit is a very common place. And while some plants store mainly sugars there, other store mainly starches. Botanical fruits (some of which are called "vegetables" in the kitchen) are eaten frequently, and are a major source of starch in the diet. Peas, pumpkins, chestnuts and plantains are all examples for high-starch fruit vegetables. Other fruit vegetables are like the radish - there is not much starch stored in them, but even less of everything else, so they are still considered high in starch. An example would be tomatoes. So, there are many non-root vegetables which are high in starch.

You may want to note that starch needs to be cooked, while sugars don't. So, if you have a dish of cooked root vegetables, most of them will be high in starch. Assuming that the waiter wasn't bringing you a salad, it was probably a good decision to take out all root vegetables.

But it isn't a good decision to stop at the root vegetables, because there are non-root vegetables high in starch. It could be that the waiter didn't know that, or that he knew it, but also knew that this specific dish doesn't contain any non-root starchy vegetables. Whatever it was, you are better off by memorizing a list of the vegetables you can't eat, than by trying to follow generalizations of the kind "don't eat root vegetables".

Not the answer you're looking for? Browse other questions tagged vegetables starch or ask your own question.