This is what happen last time how to make dense texture bread?

I follow what rumtscho said and went a bit out of the track. and this is my result: 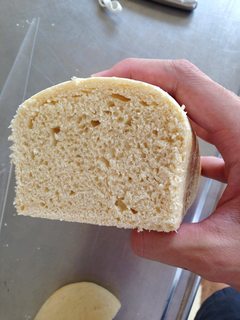 the hole is quite big which is not what I want. The process and recipe that I used for this you can read it below the rumtscho answer (the comment part of the answer). I knead it for 60 mins. anyone please help me achieve what I want.

I also tried the second recipe which is this one: http://wlteef.blogspot.com/2007/06/hokkaido-milk-loaf.html

and this is the result: 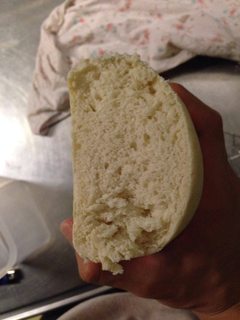 it is still very far away from what I want which is this(the below one I bought it from bakery shop and this is what I want): 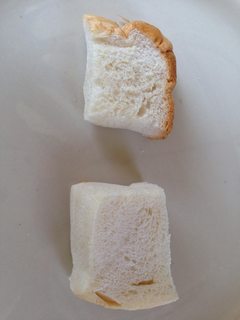 anyone please help me I feel something went really wrong.

The bakery is probably selling bread produced using the Chorleywood process, which is a high-volume, high-speed process that uses low-protein flours and additional ingredients (emulsifiers, gums, enrichment) to produce bread that is very light and easy to slice compared to home-baked bread. It's challenging to replicate in a home kitchen, and there's good reasons not to try as home baked bread tends to taste better and may be better for you.

If you are getting really dense bread:

0
how to make dense texture bread?

11
How to achieve great baguette crusts
8
How can I make this very low hydration bread more home baker friendly?
2
Why do my macarons come out looking weird?
1
cake smells bad of egg, is dense and rubbery
6
Bread dough. Rookie questions
4
How to get moist goo in layers of chelsea buns
1
How can I approximate a deli kaiser roll?
4
Issue getting Atta bread right
4
Can using a poolish or biga preferment help me make a less dense wholemeal bread?
1
Help making multigrain bread for first time