I expect Cheddar to come in Semi-matured, Matured and Vintage. Each indicating increasing amount of time maturing, and increased sharpness.

However, alot of cheese, in Australia at least, come in what is called Tasty. On one brand (shown below), both Tasty and Mild claim to be "Full Flavoured". What is the difference between them?

Other brands sell both Matured and Tasty and market both as a mature cheese To me, they all taste, much the same as the Matured.

Is it just that Tasty is used instead of Matured, for Marketing Reasons?
Is it that there are special requirements to be able to label your cheese Matured, so cheeses that have failed to meet the technical requirements, but taste much the same hare labelled Tasty instead? 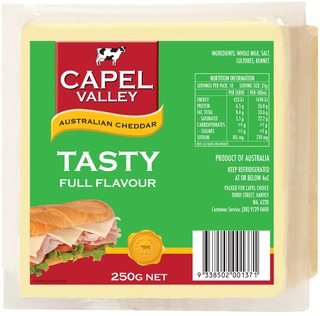 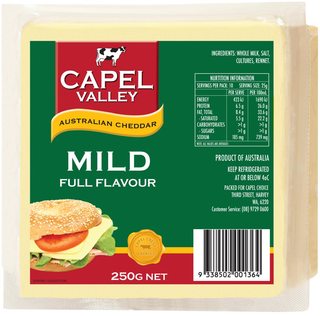 According to Dairy Australia, an Australian industry association (emphasis added):

In our modern processed and bar-coded product world, cheese is auctioned/sold by the ton as either "frozen" for future ageing, or "young cheese" for ageing or processing

Young cheese is either; aged and the packaged for sale, or shredded, flavoured, and reconstituted as some fancy cheese you pay way too much for

Disclosure: I have worked on the above pretty reporting systems, but have no fiscal interest in the cheese auctions

Not the answer you're looking for? Browse other questions tagged flavor cheese or ask your own question.

0
Age between mild and sharp