What is this tea stalk that almost every cup of tea in anime has?

Here are two photos of tea stalks in their natural habitat: 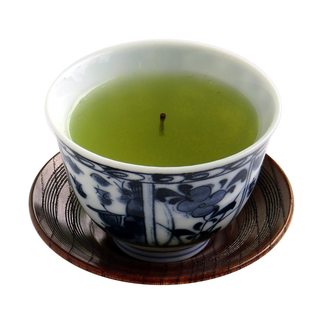 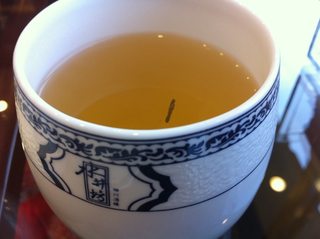 I've never seen those myself when I made tea, and I've been making at least two cups of tea every day for the past six years.

Is it a Japanese tea thing? Is it sorted out from the leaves in other regions? I've been buying some export green teas from Japan (sencha mostly) but I've never had any tea stalks appear in my cups. How do I get them?

One type of tea style popular in Japan is Karigane (http://en.wikipedia.org/wiki/Karigane_(tea)#Karigane) Karigane tea is made from the stalks, not the leaves. This means anything that slips out of the teapot's strainer will be a stalk. This could be one of many types of Japanese tea: you can find Gyokuro Karigane (the stems and veins of Gyokuro tea leaves) or Hojicha/Houjicha Karigane (stems of tea leaves roasted in the same way as standard Houjicha.)

Stem teas tend to be a lighter, more delicate version of their heavier-hitting leafy counterparts. 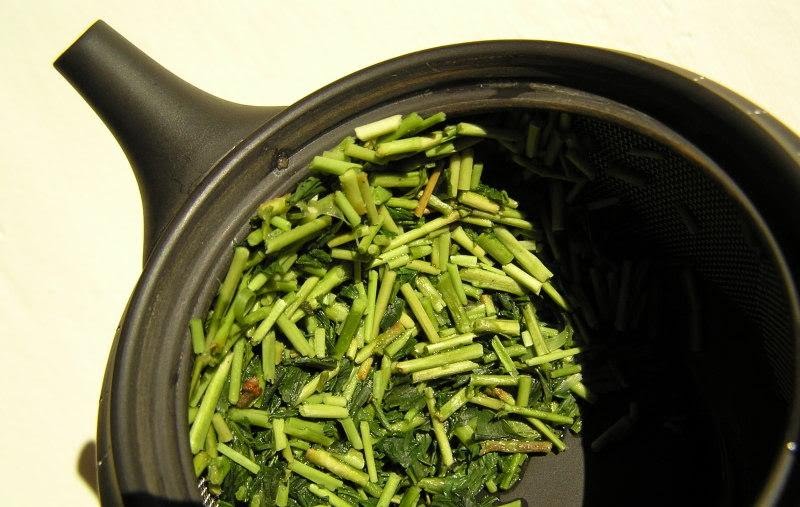 You can also find blended teas, where there will be leaves as well as stems in the mix.

I disagree with the other answer. Karigane, or the cheaper Kukicha, are indeed teas where stalks are intentional and not a fault. AFAIK they're not an obscurity in Japan, but hardly a mainstream tea. So it is not likely a reference to this kind of tea.

In reality, a tea stalk swimming upright in a cup of tea is simply a well-known lucky omen in Japanese tea culture. It's called ‘chabashira’ (茶柱), which means ‘tea pillar’.

Tea stalks can occur in normal tea and slip through strainer and even stand upright – but that's rare. Just because it's common in anime (because of the symbolism), it isn't common in real-life Japan.

19
What is the white foam that builds up when I make tea?
12
What chemical processes occur in tea that spoil it after some time?
20
What causes tea to be bitter, and how can I avoid that bitterness?
4
Is tea that has been out on air for long dangerous to drink?
2
What green tea has the highest caffeine content?
6
Loose-leaf tea: specifics of re-steeping multiple times?
7
Opaque green tea, what is that?
1
Grassy Tea and brands
0
What is this strange tea?
5
What is this Thai tea, spiral plant-part?