Just for giggles I am planning to make spanakopita using rainbow chard instead of spinach. It's been years since I've worked with chard, so I have forgotten how it behaves. If I were using spinach I would steam it until it wilted and volume was reduced by half. Then I would chop it and wring the hell out of it with a tea towel. I wouldn't use any stalk that extended beyond the leaves. I want to use more of the stalk of the chard, because that's where most of the color is.

So, will treating the chard leaves like spinach be enough to dry it out for spanakopita? Keeping the bottom layer of filo crisp is paramount. Is there anything more I should do? Concerning the stalks, I'm thinking that I want to dice them fairly small, salt and drain them, steam them until tender, and then wring them with the leaves. Does that sound like the best way to handle them? Is there anything I should do differently?

The color of the chard is the whole reason for this little endeavor. Is there anything I can do to help keep the color bright?

Finally, the flavors in my traditional spanakopita include parmesan, feta, yoghurt, lemon, dill, mint and nutmeg. Is there any reason to consider different flavorings with the chard instead of spinach?

Chard isn't as tender as spinach and will require more than just light steaming lest it be chewy and fibrous.

You said you want to keep its bright colors, so I would recommend blanching it in salt water. You need to add quite a bit of salt, such that it tastes like seawater. This keeps plant cells from bursting and releasing pigment. You can rinse your chard after pouring it off to tame saltiness.

I accepted JoshieSimmons' answer because my experimentation backed it up. 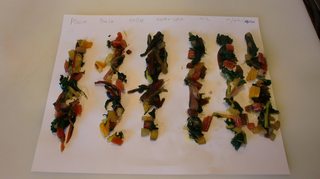 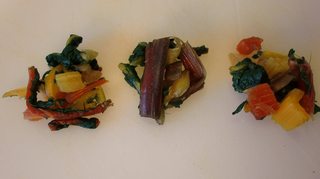 Upon further research I also dug up the suggestions of adding baking soda (actually dulling the colors), adding olive oil to the blanching water (didn't seem to make any difference), and I saw more references to adding salt to the water. I didn't bother experimenting with adding acid, I found quite a few comments that suggested that cooking brightly colored vegetables in acid dulled the colors. The salt definitely worked.

JoshieSimmons is also correct that chard simply takes longer to cook than spinach.

Once I the chard was tender, I wrang it out just like I would spinach for spanakopita. With the other ingredients the colors of the chard didn't come through as much as I hoped, but it was still a successful dish. 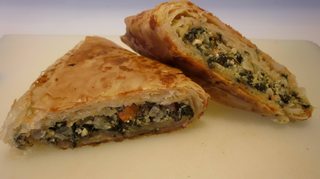 Not the answer you're looking for? Browse other questions tagged greens greek-cuisine or ask your own question.

3
What would give Swiss Chard a gritty texture?
3
Duration of use for green smoothies
2
Substitute for rooster
3
What's the best way to store lots of kale to use for smoothies?
1
Is it normal for collard greens to be red?