I watched a restaurant documentary last night (Spinning Plates; pretty good!) which featured a modernist chef demonstrating their kitchen's anti-griddle: essentially a large metal plate chilled down to somewhere around -40 degrees (both F and C, oddly enough). It's used to chill and freeze foods that can't be frozen at normal freezer temperatures like olive oil, a bit like dipping or dropping into liquid nitrogen. I've never been much of a fan of molecular gastronomy, but I was absolutely fascinated by this idea, as I'd never seen anything like it before. I'm compelled to give it a try.

The official, professional version of this machine runs about $1200 USD, so that's completely out. These guys created one using a cast-iron skillet submerged in liquid nitrogen, but I'm not buying a massive container of that either. This site suggests that similar results can be had at home by placing a sheet pan on top of a block of dry ice, which sounds more reasonable, at least from a financial perspective. I obtained an estimate for a 10-inch x 10-inch x 2-inch slab of dry ice (about 10 lbs) for $15 USD. EDIT: Responses to date also suggest using a bed of dry ice chips. I'm checking to see if there's a significant price difference, as I'll probably be trying the cheapest method for my first go.

However, before I embark on what sounds like a chemistry lab demonstration in my kitchen, I thought it best to seek some advice. Specifically:

I look forward to any input that I can get, because I'm really excited by the novelty of this idea! Feel free to completely dash my hopes.

EDIT: Great suggestions so far, thanks all! I'm keeping this open for now since I haven't seen any definitive answers based on experience with this method, and I'll add my own answer once I can give it a try.

You can get better cooling with less dry ice by using a cooling bath. Chunks of dry ice mixed with isopropyl alcohol (rubbing alcohol, isopropanol) will give you a liquid with a temperature of -77°C (-106.6 °F). The liquid will transfer heat to the botton of a metal dish far more efficiently than solid or granulated dry ice.

Just because there's a lot of reading and it's boring me, so I figure it's boring others, here are some photos I took while I was playing with dry ice. 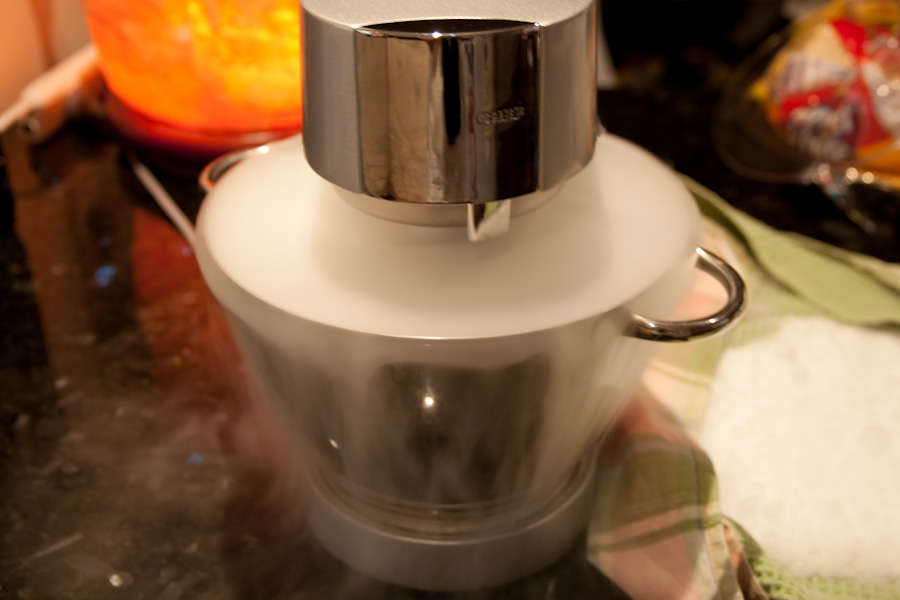 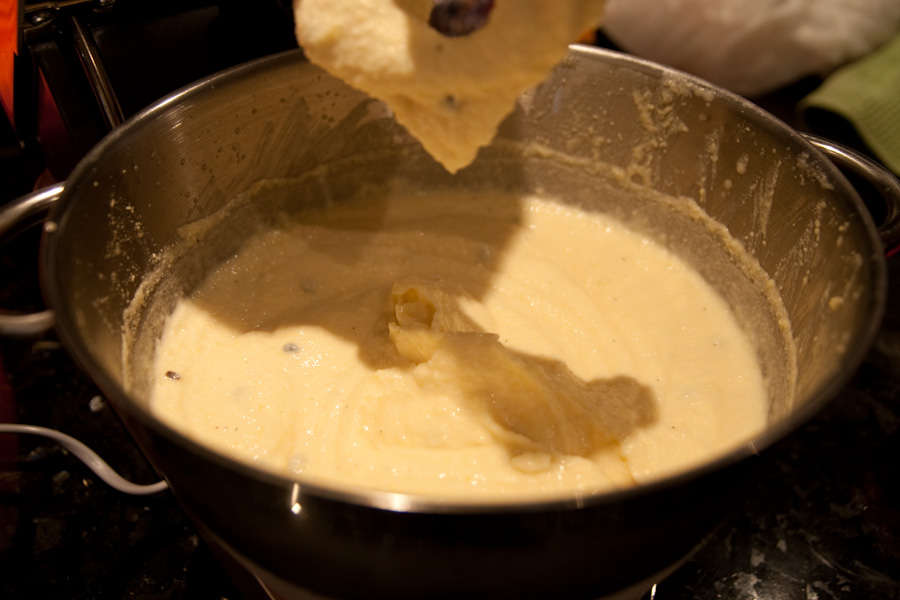 Just a few additional possibly-obvious practical considerations for #2 and #3 that I didn't see in previous discussion, with the caveat that I've not actually tried to anti-griddle before:

A quick search (I used "dry ice anti griddle") did reveal a few articles about experiences, but the advertising content was too thick for me to even get through them. If you're braver than I am, see here and here.

And also to amplify: Try it. Have fun. Take pictures. Post here!

Just add raw salt to frozen simple ice in 20:80 ratio mix both and properly crush 20% of the ice into smaller pieces.
Place all contents properly mixed into an metal container which can be sealed. As the ice will melt along with salt, gas will form and the metal touching the contents will give you minus 30 degree. You can use it as anti-griddle. All costs below 20 dollars. Happy anti griddling .

6
Aprons for the home chef
6
Creating differing temperature fluid gels that stay separate
3
Calibrating a home gas oven
5
Is there a compressed gas device designed specifically for creating infusions?
1
Creating ideal temperature for dough to rise
1
Griddle/Grill pan
1
Should I buy a used flat griddle?
2
Yellow color from brand new Pre-Seasoned Lodge Cast Iron griddle (before seasoning or even heating). Is this normal?
21
How to use a ridged cast iron griddle?