A friend of mine years back related a story about an appetizer that he ordered at an Asian restaurant that was apparently quite unusual. It was a bowl of something (possibly peppers or another vegetable) where each piece looked completely identical, but one out of every 15-20 of them was extremely spicy. The rest tasted rather mild, so he and his friends would go around the table basically playing a kind of Russian roulette with spicy food.

Does anybody have any idea of what this could be?

It sounds like it could be Shishito peppers, which about 10% are spicy, and "even experts may not be able to distinguish relative hotness on the same plant.". 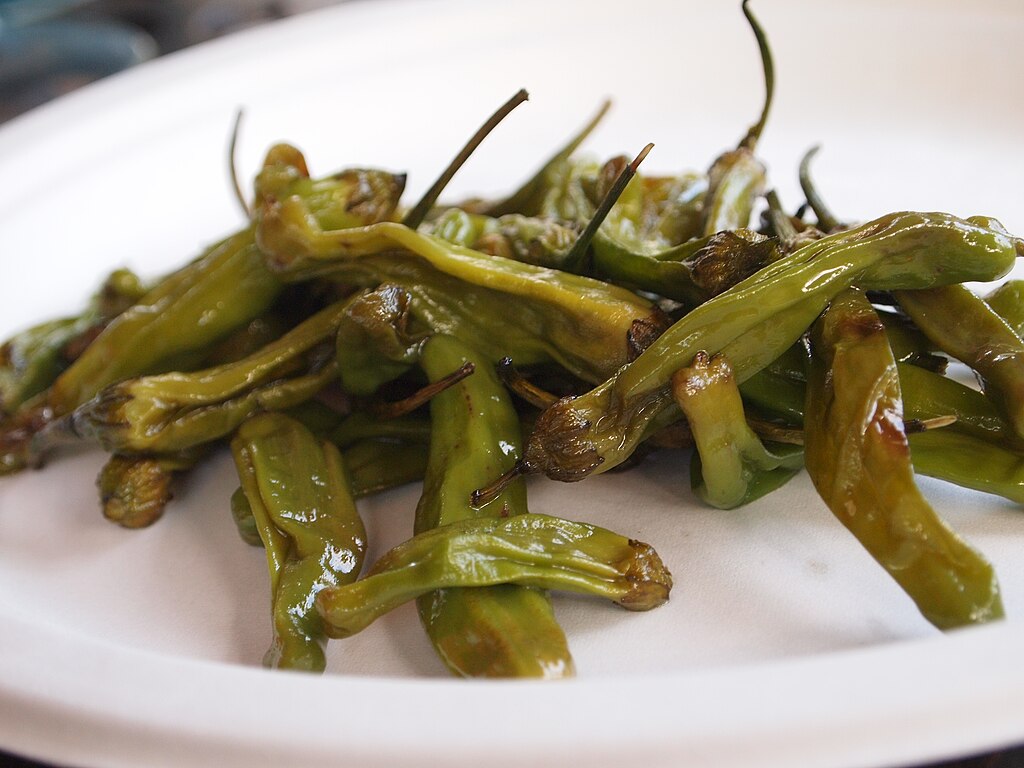 In Japan there's a notion of a "batsu game" in which the unlucky participant gets something unpleasant.

Some of them are sort of "voluntary," such as drinking games, where the unlucky loser of a particular round of challenges has to drink something, sometimes something considered unpleasant. But the other category often involves food with surprise additions, such as chilies or powdered wasabi embedded into spring rolls or gyoza or similar items.

Shishito can have variable spiciness (as do any chilies, really, other than ones specifically bred for sweetness like bell peppers), but I've never heard of it being used for a batsu game. (Not that I am an authority on the wide variety of batsu games out there).

Not the answer you're looking for? Browse other questions tagged chili-peppers food-identification spicy-hot or ask your own question.