Can you brew black tea in a macchinetta?

If I use black tea leaves (not grounded leaves like in commercial teabags), and place them in the macchinetta (either instead of a coffee, or with the water). Is the brewed result going to be any good?

Will it damage the macchinetta? Is it going to extract the tea properly from the leaves?

I highly doubt that this practice would damage your macchinetta. It's a relatively simple device, and with simplicity comes durability. If finely-ground coffee won't plug the baskets and filters inside, then it's doubtful that much larger tea leaves will. As with normal (i.e. coffee) use, just ensure that the pressure release valves are unobstructed (you don't want to fill the bottom portion with water past the valve, for example). You probably want to avoid over-filling the middle basket that normally contains the coffee grounds, too; tea leaves will absorb more moisture and expand more than coffee grounds. That's the one scenario where I could see the pot becoming plugged, although in that case the lower pressure valve should release the steam before the pot gets damaged.

The temperature of the water inside is probably just about right for black teas, but way too hot for green and other delicate teas. These can burn at such temperatures and should be avoided, since you can't control the temperature of the steaming water passing through the pot - it will always by definition be boiling.

Whether you'll get a good extraction compared to steeping is questionable, and it's possible that the pressure which builds up inside the pot will change how flavors get extracted. A macchinetta does tend to extract more flavor and caffeine from coffee grounds than non-pressurized methods like drip brewing, so a similar effect with tea leaves wouldn't be shocking. It's worth a try; after all, if someone hadn't tried brewing coffee under pressure, we wouldn't have the liquid nirvana known as espresso.

I say give it a try and let us know your results.

Alright. I did it.

I took photos, but it might be only later before I can upload them.

I put about half the height of the holding chamber. In retrospect, I could have gone even 2/3rd of the height. Edit: I just opened up the pot, to clean it up, it seems that my amount was right on the money. After the second pot the leaves expanded even more. I think that a third pot could have been made with them as well. End edit.

I poured water to the appropriate height (or a bit less), and put it on the stove on a low heat until there was some noise that indicated that more or less the tea is ready.

The first serving was weak. But that was expected, my dad remarked that it's normal for the first washing to be weak. So we did a second run. The result was pretty good. It would have been better if I padded up the tea leaves, but it was pretty nice.

I wouldn't recommend this method over pouring hot water through the tea leaves (not steeping).

But the experiment was fun! Thanks for the two answerers that reassured me that this is doable.

By leaves, I would imagine you mean something like this: 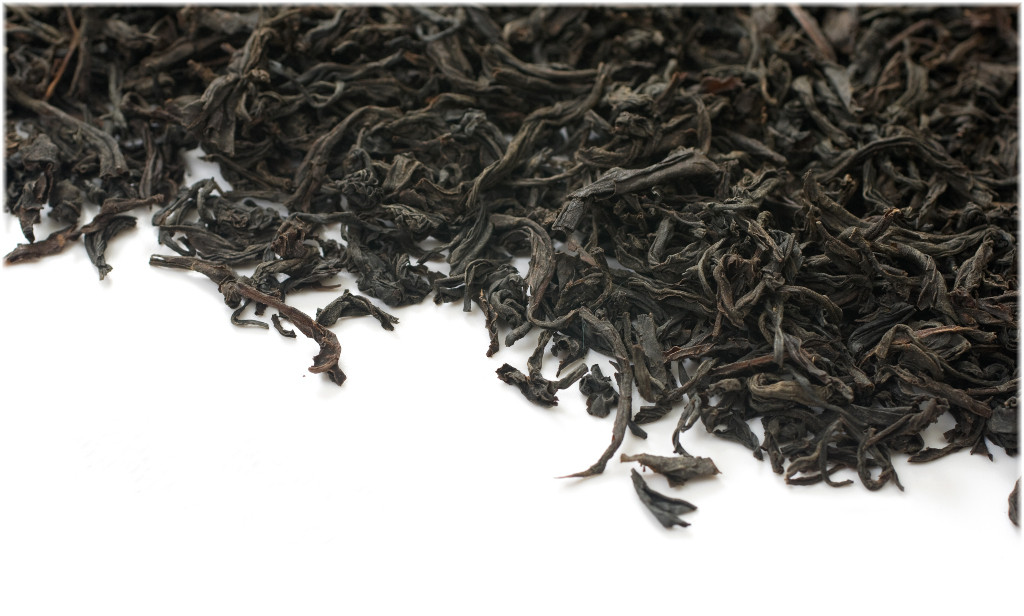 Will it damage the macchinetta?

Quite possible. Depending on how much tea you put in the holding chamber, you might create a blockage in the moka pot which will lead to excess pressure build up in the water chamber and possible damage to the moka pot as well as shrapnel flying about.

Is it going to extract the tea properly from the leaves

Depends on how strong you like your tea. A moka pot needs the water to be at least 212 Fahrenheit since it relies on steam pressure build up. Black tea is best brewed at temperatures between 208 and 212 degrees Fahrenheit, but the flavors develop better when left to steep, not through the fairly rapid pass-through process of the moka pot. So you might be left with tea, but it will be quite weak and not full-bodied. I prefer to leave my black tea to steep for ~ 4 to 5 minutes. A moka pot might see the water passing through the tea for ~ 1 minute or less.

Not the answer you're looking for? Browse other questions tagged equipment tea or ask your own question.

10
How can I prevent tea stored in a thermos from oversteeping?
5
How can I improve rich taste of spiced milk tea?
7
What is the best way to store loose tea to maintain its freshness?
4
making iced tea with lowest caffeine content
1
How many black tea leaves are required per 125 ml of milk + 25 ml of water?
1
Can anyone identify this type of green tea?
21
What kind of tea do you boil for 45minutes?
3
How long does it actually take to extract tea compounds from leaves using the boiling method?
5
How to identify CTC tea?
25
How much caffeine would there be if I reuse tea leaves in a second brewing?