Can I prepare wasabi powder in advance? 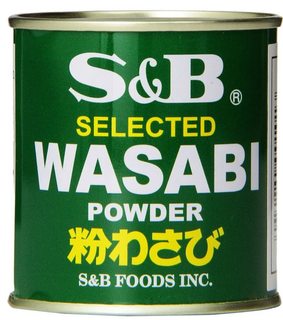 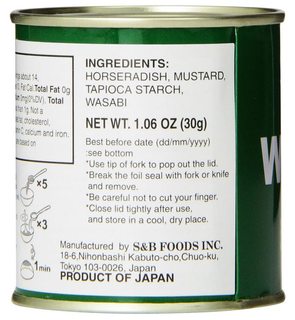 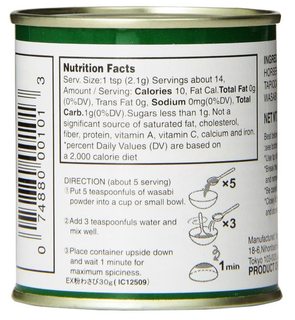 I've got this little 30 gram container of "wasabi" powder. I'm on a little kick of trying to perfect my sushi rolling technique, so I'm likely to use it up within a month or so. It's just the typical Japanese export to the USA, mostly horseradish with a tiny bit of actual wasabi root.

It's a pain to mix up every time. Will it lose its flavor if I make it all up at once, and keep it in a tiny air-free (as close as I can get it) Ziploc for a month in the fridge?

This is actually quite a good question, and I think one you can only answer it properly if you have actually tried it yourself, so it would be nice if you can post your findings in a months time :-).

Here is my take on this, and also some considerations:

Also, I would rather make enough for a week, a month is quite a long time to store something like this. I believe it will last for a month if properly vacuum sealed and stored correctly, and if it does not get openend regulary. The only concern would be if it will keep its spicyness for so long. Vacuum sealed or not, frozen or not, food still breaks down at a certain rate. You can't stop it, but you can slow the rate of deterioration down.

Another issue that I see here is that it would also become another hassle of continueing opening and re-sealing your stock. This might and will most probably lead to that by the end of week 2 or 3 that your wasabi has lost its spicyness or even have spoiled to some degree. My advice would be to split your paste in say maybe 4 portions, a portion per week, and sealing them separately. You can even decide to split them up into smaller portions. I really do think that the key here will be to not open, seal, re-open and resealing your stock.

I've made a bunch of wasabi for sushi and kept leftover wasabi in the fridge, and I can say: your wasabi will definitely lose some of its pungency as time goes on, and will even develop some off bitter flavours. The question is, how important is it to you to have pungent, fresh wasabi? If you're just looking for a kick in your sushi rolls, I don't think it's too much of a problem if you leave it in a fridge for a couple of weeks. If you're looking for the more nuanced wasabi flavour...then you probably would have bought real wasabi and not the powdered stuff in the first place :)

I had completely forgotten that I had used the wasabi and taken a photo of it a month after I posted the question!

The answer is yes. It's not quite as green as it was when fresh, but the taste was virtually identical. So it's OK if you're not picky. I wouldn't try it with "real" wasabi, but with the fake stuff, it was fine.

Not the answer you're looking for? Browse other questions tagged food-preservation sushi or ask your own question.

7
How do I prepare prawns such that they are straight after boiling/steaming?
6
What white fish can be used in rolled sushi?
3
Make spring rolls in advance
18
The art of Sushi: using wasabi to kill parasites
8
Understanding the steps to prepare sushi rice
2
Wasabi (peas) brussel sprouts?
2
Can I safely pressure can potato soup with milk in it?
1
How can I make fine powder from leafy herbs?
2
Does celery powder have any non-preservative use?
4
Can fermented pickles be processed?