What makes pineapples cause a burning / itchy feeling in the mouth?

What substances cause this feeling? How do I avoid them? If the substance really come from the rind: Is rinsing the pineapple pieces a good way to get rid of this nasty stuff?

Human skin contains oils which aid in blocking out the absorption of chemicals which would harm or irritate the skin. Those oils contain proteins. Pineapple contains a chemical compound called bromelain which has the ability to break down these proteins. This is bad, because it can then act on the skin itself (which is also comprised of protein molecules).

On top of that, pineapple is high in citric acid. The tingling/itching/burning sensation you describe is no doubt the result of both of these things acting upon the skin at the same time. Understandably, eating pineapple with (or after) meat high in oil content (such as pork at a luau) will mitigate against these effects.

Since there's no escaping this problem through the use of cutlery, there must have been some other factor at play to which you didn't make attribution at the time. In other words, some other factor was involved in slowing down or preventing the appearance of the undesired effects, such as the one I mentioned above.

In the old plantation South there's a tradition which involves giving pineapple as a gift to guests who are on the verge of overstaying their welcome. No doubt this is because the remarkable sweetness of pineapple is, quite soon enough, followed by a predictable unpleasantness. 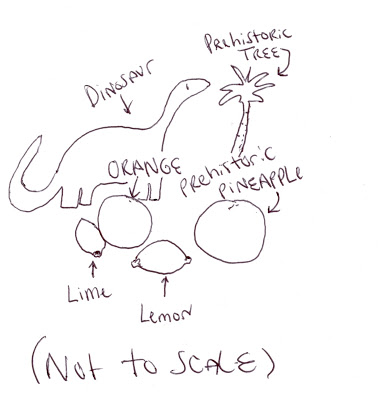 On a side note regarding the acidity of pineapple, find here an entertaining blog entry as to whether pineapple is or isn't a citrus fruit (from which the pictures above and below were obtained). 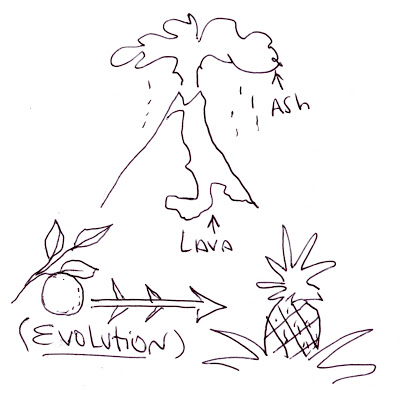 Pineapples contain a substance called bromelain. It is a protease, which means it breaks down protein. It can therefore slightly damage the cells of your mouth, causing the irritation you describe. It has a culinary use as a meat tenderiser.

Bromelain is primarily concentrated in the stem of the pineapple but is found throughout the fruit. There is no way to get rid of it completely - just don't eat too much pineapple at once.

Not the answer you're looking for? Browse other questions tagged pineapple or ask your own question.

13
What makes carrot bits turn green in carrot pineapple bread? (And are they safe?)
7
How does pineapple react with water?
6
What is the name of this drink and is there a substitute for the pineapple?