Poutine is a simple dish from Québec, Canada. It is traditionally made with French fries, topped with fresh mild white cheddar curds (quite unlike American white cheddar which is quite sharp) and with a tangy and salty brown gravy poured on top of it all. It looks something like this: 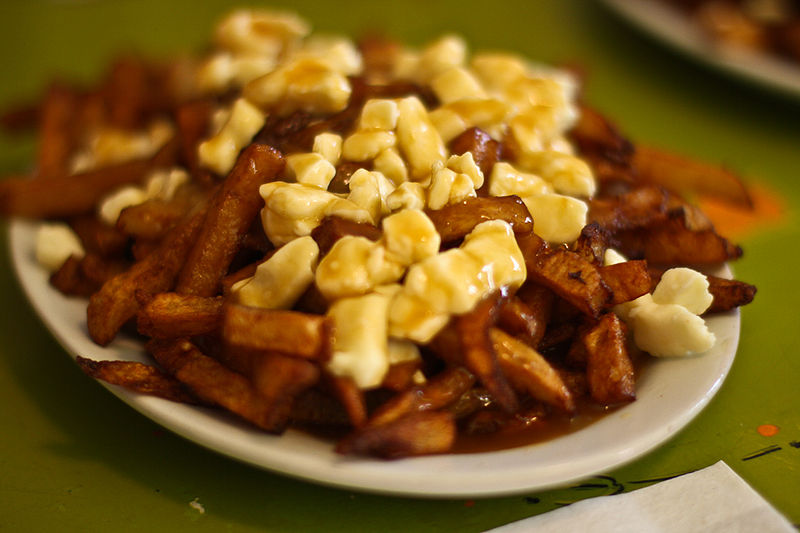 It's easy to make when you like up in Québec, as the gravy can be purchased in any grocery store. But I live in the USA now, and there is no such thing as poutine gravy here. For the cheese I use Monterey Jack cheese, which is close enough. I've tried to whip up my own gravy multiple times, but it's never been quite right. Here is how I usually go about it:

I was just wondering if anyone has ideas to make this more palatable, e.g., other ingredients, or any cooking suggestion.

Hello @Phrancis and welcome to Seasoned Advice! Poutine gravy is a beef gravy made with beef or veal stock. Here is a link to a recipe . There are many other recipes online, as well.

You can buy the prepared sauce online here or a gravy mix on Amazon .

By the way, you were on the right track, just not quite there yet! :)

Ricardo has a very good, authentic tasting and even smelling recipe for poutine gravy:

As an aside, I can't imagine Monterey Jack being good enough. Scour your specialty stores and find those curds! Sprouts carries them in Southern California for example.

I had poutine once in Canada when I was driving through. I had dinner in a diner and poutine was the advertised special. The waitress looked at me like I was from Mars when I asked what poutine was. So I only have that one experience to draw from, but the gravy tasted to me exactly like this stuff:

You can buy exactly that in any grocery store in envelopes, or at Sam's Club in canisters like that. Costco probably has a version too, if not exactly that brand.

Incidentally, a lot of grocery stores carry cheese curds with the "gourmet" cheese.

4
Is my pan too hot for brown sauce / gravy?
1
Should steaming water be used for stock/gravy?
3
Substituting fresh shitake mushrooms for dried
2
Vegetable stock for a vegan gravy
5
My gravy turned to jello overnight. How can I make it last for leftovers?
1
Recommendation for a roasting pan that is safe to use on an electric stove?