I come from Stack Overflow and this it my first post on this branch of Stack Exchange!

I write here because I received a small skillet as a gift (I assume its material to be cast iron), and I don't know how to handle and maintain it properly because I have never used one. Also, I have a couple concerns regarding it and I hope that I could get proper advice here.

TL;DR (yes, this question in quite long, if you read it all I'd really appreciate)
Is it normal for the skillet to have residue when I pass my finger on it? Is it safe to cook in it? Out of the many advices that I could find on the Internet on how to clean it, which one(s) should I follow?

Detailed version
The skillet serves to keep food hot on the table by lighting a candle underneath it. I first saw it at a Japanese restaurant and I liked it a lot, the one that I have should come from the same place the restaurant bought it from. 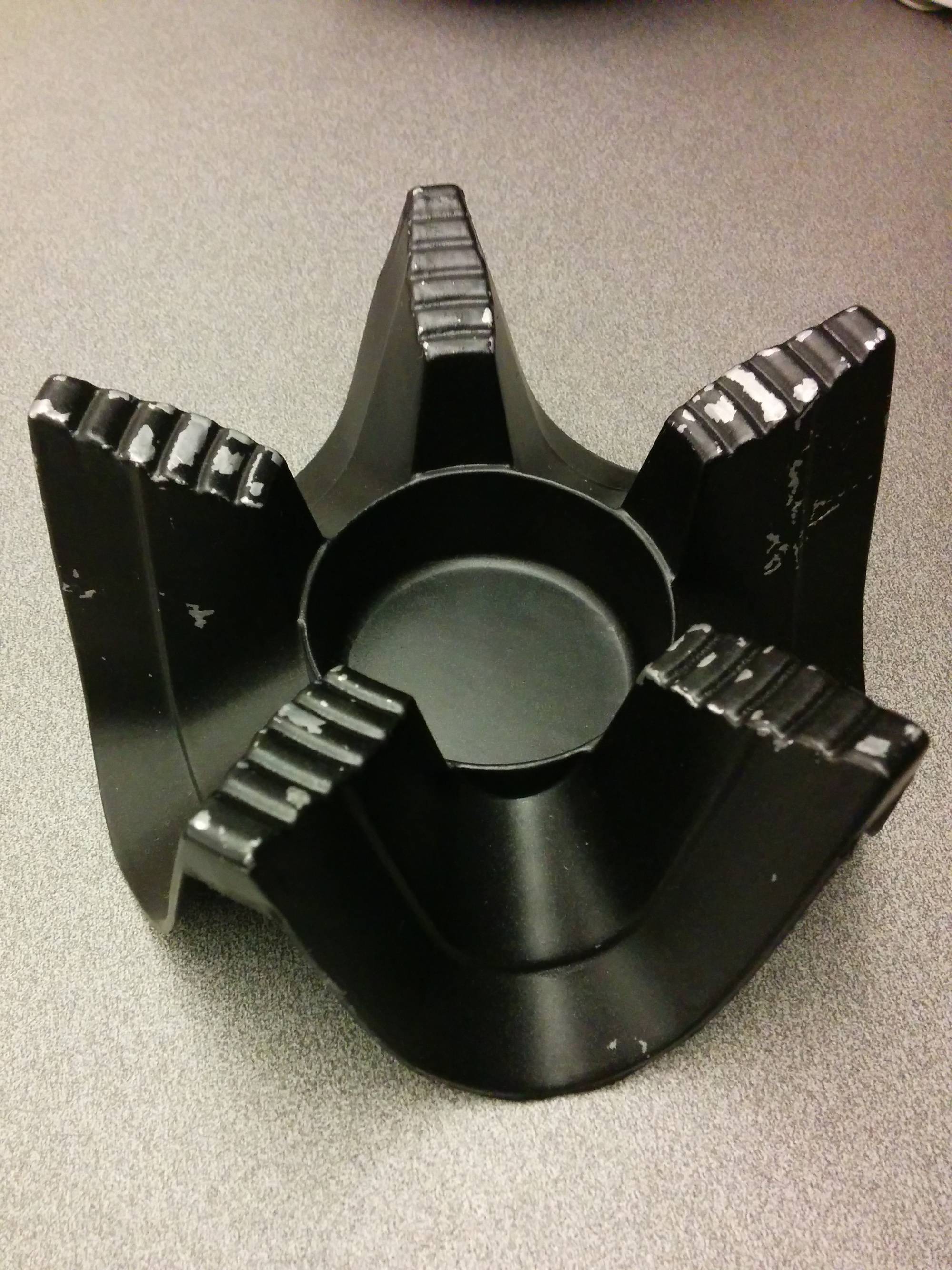 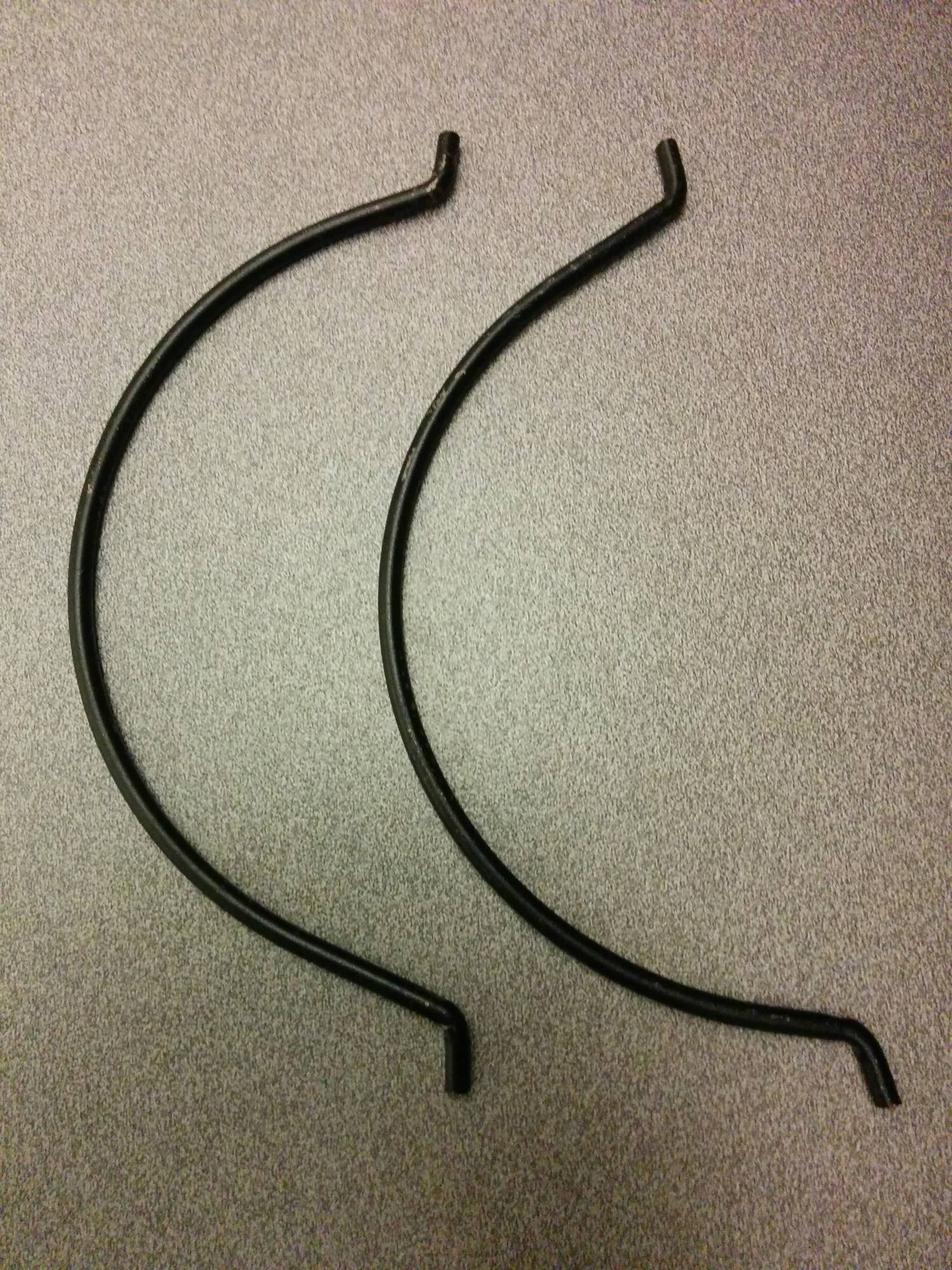 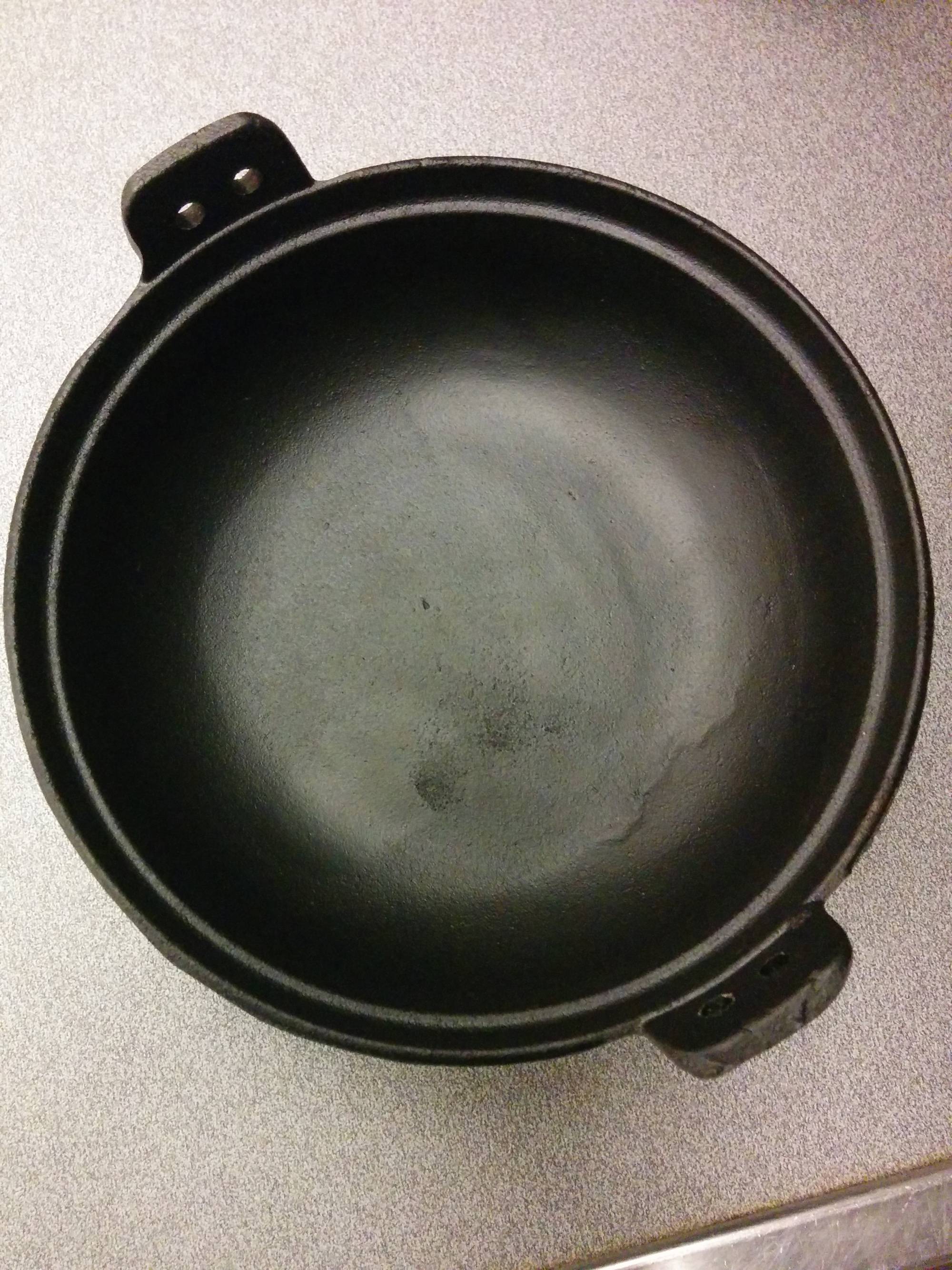 The first picture is of the stand: the candle is put in the hole, and the skillet is put above. The second pictures is of the handles, and the third is obviously of the skillet.

The person who gave it to me washed everything twice thouroughly. I think this might have caused some of the coating to come off from stand & handles, as you can see from the pictures. I wouldn't care for that, I also think that the material used for the stand is not iron as it is very light. I'll just use the stand and never wash it.

I noticed that the skillet itself, though, leaves a bit of residue when i rub my finger on its bottom. It's different from the pieces of coating that come off from the stand, it's a very fine powder. I've looked online, and it seems that from now on I'd better not wash it with water and clean it in other ways instead. The problem is that I've seen a lot of different advices on the Internet, and I can't figure out how to properly take care of the skillet. So here is my list of questions:

1) Is the residue normal? Can I get rid of it? Is it dangerous for my health to put food in the skillet?

2) Out of the many methods that I found to clean the skillet, which one should I use? I've seen people suggesting that I rub it with salt, then I apply a thin film of vegetable oil. Others say that it can be cleaned by pouring water in it while it is on the stove, and letting it evaporate.

3) While I don't care about the base, I'm not OK that the handles lose coating above my food. Should I avoid using them, or again there is something that I can do to stop it from coming off? If they are made of iron like the skillet, can I assume that a proper handling (e.g. scrubbing with salt, no more water, rubbing with oil) will work?

EDIT: When I asked the question I didn't know about cast iron seasoning. Now that I read something it seems reasonable that the skillet came kind of oily and with a bit of smell like fried oil. To reply to Jolenealaska's comment: I'm pretty sure that the skillet is cast iron and the base is not. I'll check about the handles. Too bad I don't have an oven that can reach the high temperatures required for a self-cleaning cycle (it can go up to 275°C).

However, I found advice from a chef online that a preseasoned skillet (like mine seems to be) can be simply treated the following way: clean with hot water, scrub with salt, season on the stove with vegetable oil three times and then store it after rubbing with vegetable oil. Does this seem reasonable? I would post a link but the video is in Italian.

Your chef advice is sound. I have been cooking with cast iron skillets for longer than I care to admit (old guy) and at first they can be intimidating but in the end, they become your go to pan especially for searing/cooking hot.

You asked the same question several times, "is the residue safe?" It's as safe as the cooking oil you use to season it and as clean as you were able to get it before storage. A clean oiled cast iron pan in your cupboard is safe. Sometimes, I will wipe the old residue off with a paper towel just before cooking just to get any dusty nasties off of the cooking surface.

Basically, this is how I use my cast iron.

2) Take a look - is there any dirt, debris, dust or corrosion. If so, remove. (Corrosion being the most difficult but a little scouring and re-seasoning will do the trick.)

3) Heat pan thoroughly before cooking - again, the heat will kill anything you can't see but don't want to consume.

7) Once pan in completely cool, return to cupboard.

Tip - if you were unfortunate enough to leave the braising residue in your pan for a few days and it's a sticky mess, you can try filling it with warm water and putting a couple tablespoons of dish washing crystals (Cascade works best for me) in the pan. These "crystals" contain little enzymes that will "eat" the residue and make cleaning much easier. Don't leave in too long, about an hour or so - repeat if necessary. (Works on other pans too but not recommended for Teflon or non-stick pans.)

Tip 2 - I stack my pans in storage. To prevent metal to metal contact (not good), I put a paper towel between each pan. Be careful that the cast iron is not touching your other pans. Dissimilar metals have a way of talking to each other (causes corrosion on both).

There you have my tried and true method of caring for a cast iron pans. For some reason, I find myself craving some cornbread.

As an addition to the above excellent advice, if you cooked something that didn't get the pan overly dirty, try putting a few teaspoons of non iodized salt in and cleaning with that. Has the effect of sand, and effectively pulls away excess oil. For very dirty cast iron. I agree with the above answer!

Not the answer you're looking for? Browse other questions tagged cookware cast-iron maintenance skillet or ask your own question.