What is the difference between whipped cream and whipping cream?

I am searching for accurate stock photos to represent both products. While I really only need to figure out what visual differences there are (if any), I would like to understand why they are different.

Whipped cream is whipping cream after it has been whipped.

Whipping cream is just cream with at least 30% fat content (that would be called Light Whipping Cream in the US). Heavy Whipping Cream contains at least 36% fat and up to 40% and rarely (in the US) even higher. Until these creams are whipped, they are just liquid. After they are whipped, they're fluffy. A way to know that whipped cream is "done" is that it holds "peaks", like in the first picture. Higher fat cream will thicken more readily, and hold its structure longer. Other countries use different terms for various levels of fat in cream. Wiki 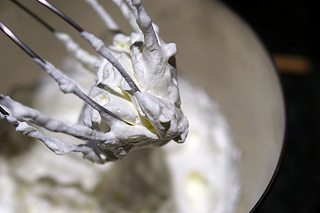 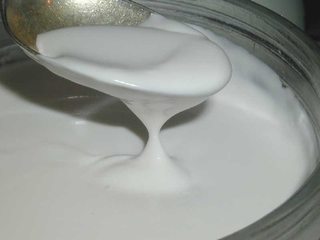 Whipping cream is cream that it is possible to whip... cream for whipping. Take whipping cream, or double cream and whisk it until it stands in peaks and then it is whipped cream.