What's wrong with my iSi soda siphon, and how do I fix it?

I am the happy owner of a soda siphon which I've used for the last three years on a near-daily basis to make sparkling water for sundry use at home. It appears to be this model, though I've lost the manual and there isn't a model number on the device that I can find.

The only problems I've had with it up to now have been due to operator error. However, the last time I tried to fill and charge with a CO2 canister, the siphon immediately released a short blast of carbonated water from the dispensing nozzle. When I squeezed the trigger, the water was poorly carbonated and trickled out much more slowly than normal; presumably that initial blast vented a lot of the gas as well.

I figured something was misaligned, so I emptied, disassembled, carefully reassembled to ensure there were no gaps, and refilled. Upon charging: same result, an initial blast without me squeezing the trigger, but this time contained in the sink. I tried to compensate by adding a second CO2 charger, then I placed the device in the refrigerator (letting it chill for at least a couple hours always seems to help with good carbonation).

A few hours later, I opened the fridge to find a puddle of tan, disgusting-looking water. It seemed to have leaked out of the siphon, and when I removed the charging nozzle cap I could see small bubbles and a trickle of water venting from the charging nozzle. The charging nozzle itself appears to be discolored (in truth, I noticed this before but figured it was just mineral buildup and cleaned it as best I could) and the interior of the plastic cap is corroded too. 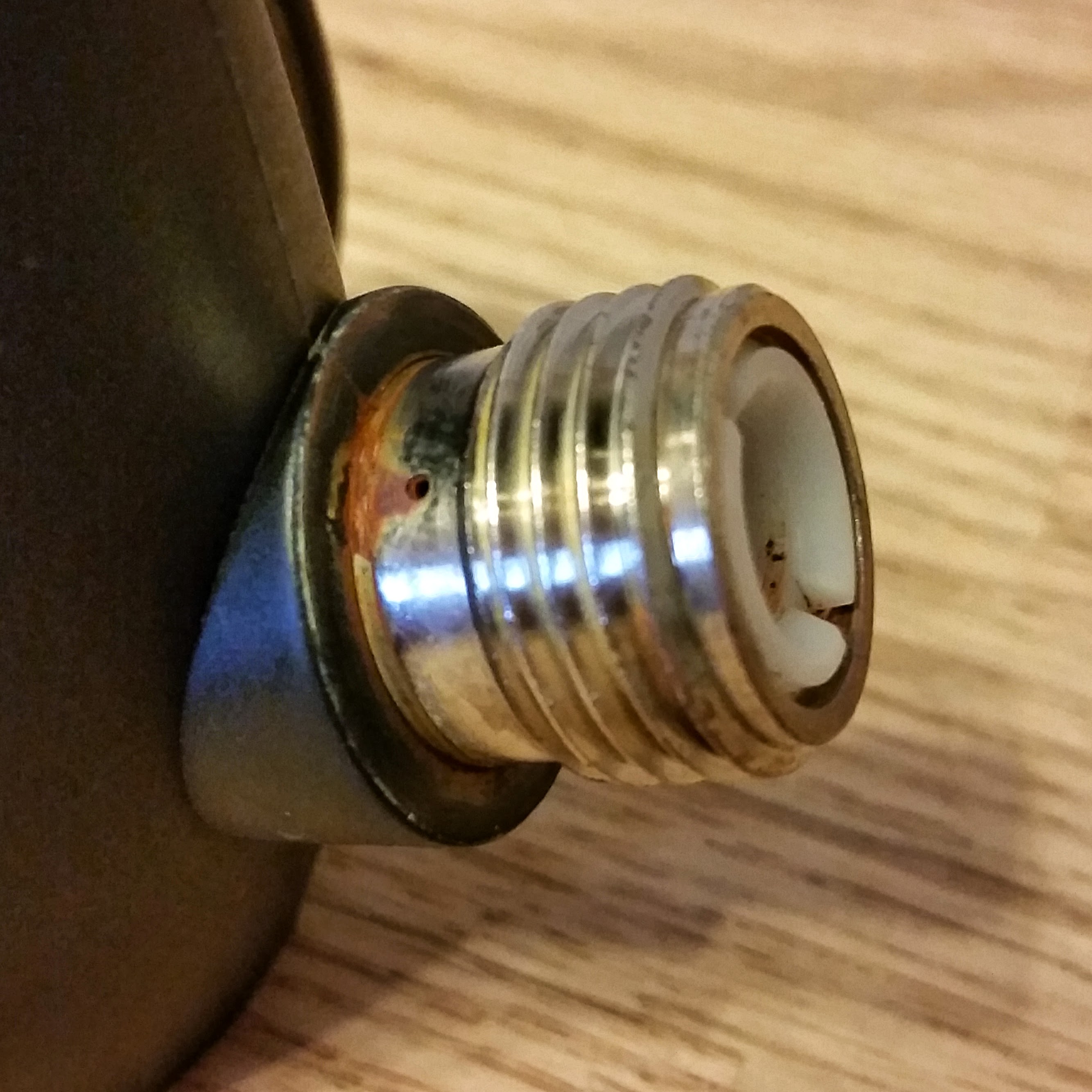 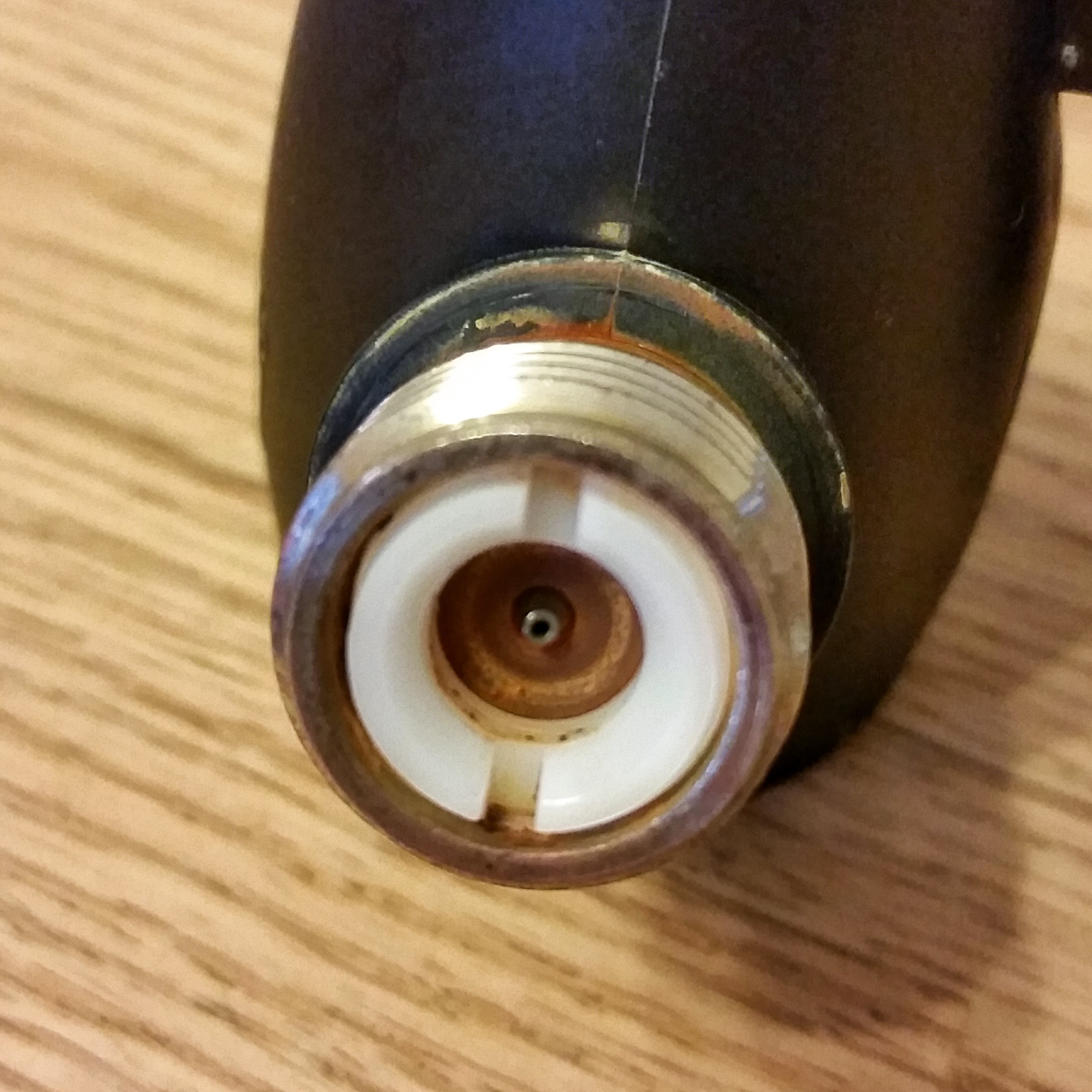 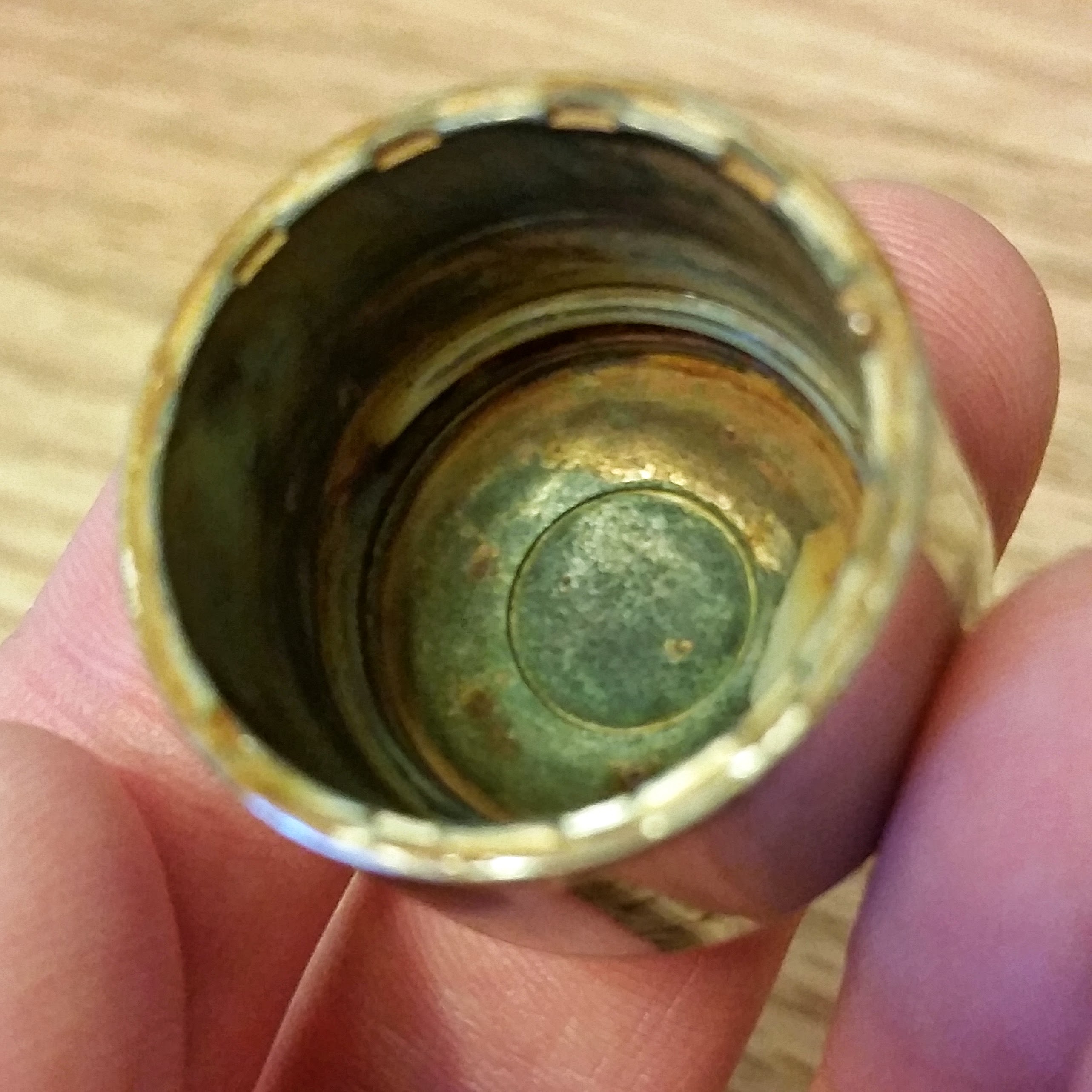 As you can see, the majority of the discoloration is around a small vent hole on the side of the charging nozzle, and where the charger meets with the actual nozzle intake. The state of the nozzle cap interior leads me to believe that some venting and liquid seeping may have been occurring for a while, but this is the first I've noticed it and definitely the first time that it created a puddle in my fridge.

I've searched around for recommendations, but all I can find online are some not-very-helpful general tips on cleaning, and admonishments to only use iSi-brand CO2 chargers. I don't; I buy mine in bulk instead, but they're rated for the same gas purity as the iSi versions and are the same design. Out of 200+, I've only had one that wasn't pressurized enough and didn't fully discharge, so I trust them.

Any idea what might be causing the immediate venting when I charge the siphon? Would a thorough deep-clean fix the issue, and if so how would I go about doing that? Is there some maintenance that I could perform, and should be performing to prevent this in future? Or, am I completely hosed and in need of new parts, or worse, a whole new siphon?

I'm fairly sure that you should be able to get a "rebuild kit" with all the rubber parts (and perhaps a few others.) Due to the wonders of modern commerce, it's anybody's guess as to whether you might well be able to find a complete new siphon for less cost. If you have a second-hand store or frequent tag sales you can almost certainly find one barely used for less cost - lots of people get them and don't actually use them.

It certainly appears that the main gas seal at the charging port is toast, at least.

The instructions on mine included complete tear down diagrams as far as I recall - many things unthread to expose innards (such as the big slot on the white plastic part.) I have not actively used it in a few years, but I don't recall the process being all that difficult (but it was a bit off-putting to find the accumulated bits of metal seals that had blown into the mechanism over time.)

Not the answer you're looking for? Browse other questions tagged equipment soda or ask your own question.

1
Are there any 27" residential ovens that can accomodate a 3/4 sheet pan?
13
What is club soda and how do I make it?
5
How much CO2 does it take to carbonate water using a household Soda Siphon?
5
how to disarm a potentially pressurized whipping siphon?
2
Making soda with yeast
2
How much fizz in water carbonated with ISI whipper?
1
Cooking rhubarb with soda
1
How should soda made with “ginger bug” smell/taste?
5
What is the right kind of syphon to use for fish batter?