What is the meaning of the term whole grain?

The Pasta I have says "Durum wheat" as the ingredient. What should I understand by that?

Grains, by definition, have 3 major parts: the germ, the endosperm, and the bran. 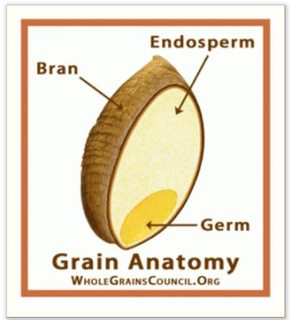 Whole grains are those that have all of the parts of the natural seed, or kernel (not including an exterior husk that is generally inedible).

To be called "Whole Grain" the product must still have all of the bran, endosperm and germ that it had when it was in the field, although it can milled, ground, cracked, natural, whatever...as long as it still has all of its parts.

If a food label states that the package contains whole grain, the "whole grain" part of the food inside the package is required to have the same proportions of bran, germ, and endosperm as the harvested kernel does before it is processed.

Refining normally removes the bran and the germ, leaving only the endosperm. Without the bran and germ, about 25% of a grain’s protein is lost, along with at least seventeen key nutrients. Processors add back some vitamins and minerals to enrich refined grains, so refined products still contribute valuable nutrients.

This graphic shows what's lost when wheat is refined, and what's added back when it's "enriched": 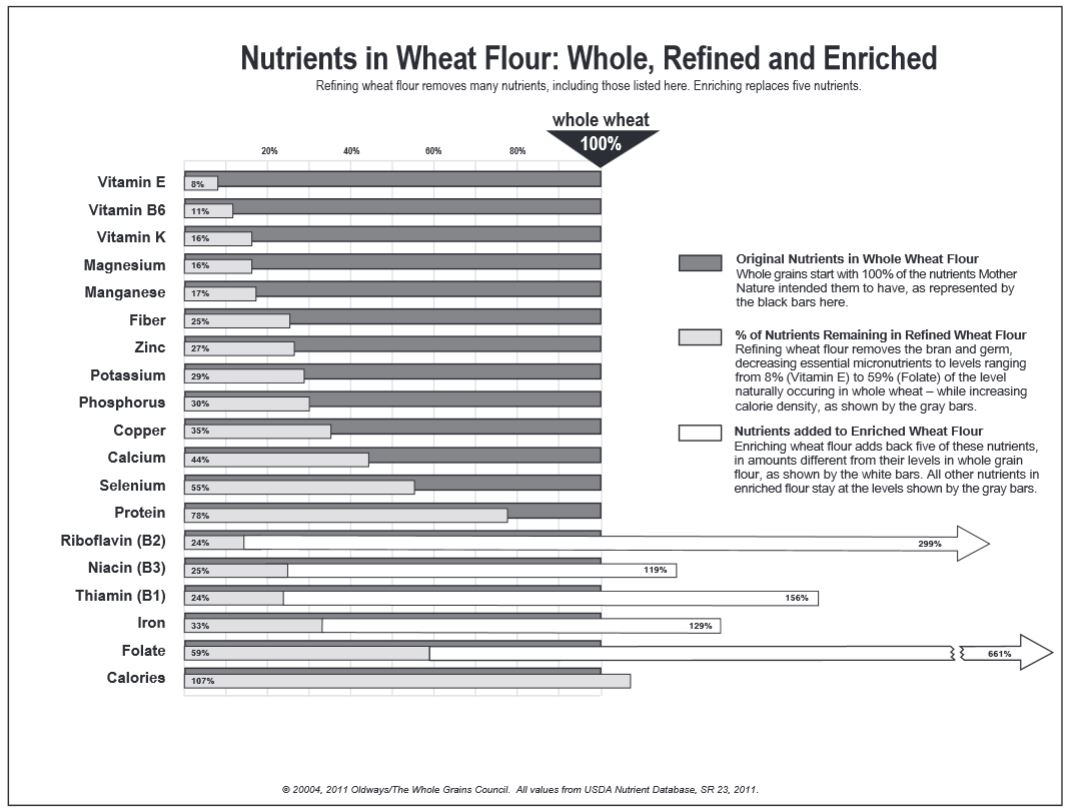 Durum is just a variety of wheat. Unless it specifically says "whole wheat" or "whole grain", you can assume that it is refined.

Whole grain refers to any grain where the whole grain is used - that is, the germ (the reproductive part of the seed), the endosperm (the 'flesh' of the grain) and the bran (the skin).

Non whole grain usually means the bran has been removed.

This is really a whole other question, but 'durum wheat' is merely the variety of wheat used to make the pasta.

Not the answer you're looking for? Browse other questions tagged language grains or ask your own question.

2
How is King Arthur bread flour made?

7
What is the basic technique for cooking amaranth?
3
Why didn't my 100% whole wheat bread proof?
2
Meaning of the term 'tack' in bread making?
6
Quick pressure release vs natural pressure release
5
What is the difference between Seed, Grain, Nut, Kernel, Pit, Bean?
1
My milk kefir molded.. What should I do
5
How can I grind teff? (without a grain mill)
2
What is the correct term for this method of cooking?
1
Choosing between semolina and non-semolina durum flour