Why do my pre-cooked hams always take way longer than they should?

My ham is 8.5lbs half-ham and was refridgerated, but not frozen. Here are the instructions that were with it. 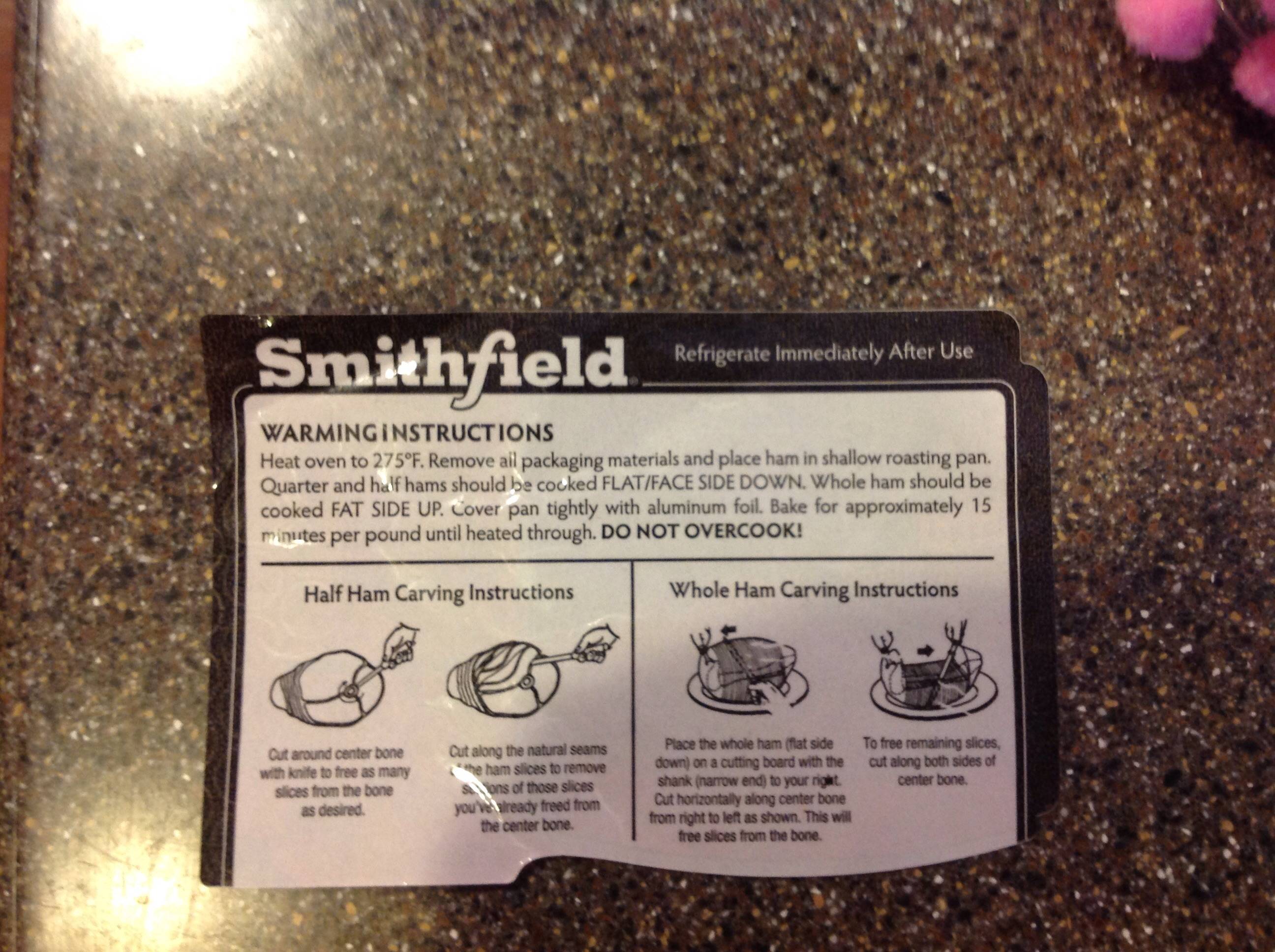 It's been baking for 3 hours (so well past the recommended 2.25 hours) and is only at 71F degrees. I've been shooting for about 140F since that's what I've seen online sites recommend. I have this problem with every ham I try to make. They all end up taking like 6-7 hours. What am I doing wrong?

I've tested with two different meat thermometers so I doubt they're in error. Also, when I leave the meat thermometer in there but not in the ham (I don't have an oven thermometer) it reads as 250F so even if the oven isn't quite at the temp it thinks it is, it doesn't seem significantly off.

Apparently the results you're getting are more or less by design. The How to Bake a Ham page on Smithfield's website gives similar instructions to the one you're following:

If you have selected a fully cooked ham, further preparation is unnecessary. Simply slice and serve. If you prefer, reheat in aluminum foil on low heat (275 degrees) until slightly warm.

So if you want it significantly hotter than slightly warm you're going to have to do something different than what they suggest. You could try raising the temperature, the USDA recommends a temperature of not less than 325F in order obtain an internal temperature of 140F.

If your ham went directly from the refrigerator to oven then the ham's core temp would have been around 35-38 degrees. This would add significant cooking time and probably account for the 6-7 hour cook time at 275. I just cooked a fully cooked, bone in country ham that was 7.34 lbs. Before cooking I filled a large bowl with 110 degree water and submerged the ham (plastic removed) for 30 minutes. I repeated the process for another 30 minutes. The ham rested in the pan for 30 min while the oven preheated. The temp of the ham's core was 71 degrees when I put it into a 275 degree oven. I cooked it for a total of 2.5 hours with the last 10-15 min at 400 to crisp up the skin. I took the thermometer out before a 30 min rest and the ham was 130 at that point. With carry over the ham probably reached 135-140. It was moist and delicious.

Not the answer you're looking for? Browse other questions tagged oven ham or ask your own question.

4
Our oven consistently undercooks food
3
How can I roast/heat all these foods for one meal?
35
Why should one pre-heat an oven?