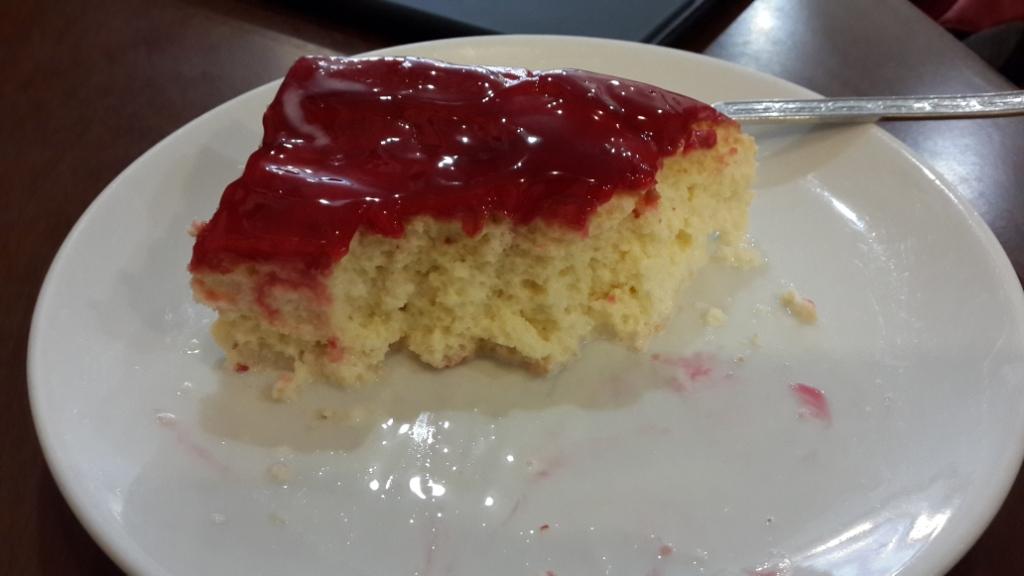 Anyone familiar with Turkish cuisine know what this is? I had this in Istanbul. All I could gather from the owner was that it is made of milk.

The texture was like a very moist cake. The taste was milky and sweet (but not very sweet). That is definitely raspberry jelly on top.

This looks like Trileçe which is indeed a Turkish take on tres leches:

Trileçe’s heritage is a lot more complicated than that of the éclair. Chasing down the elusive origins of this cake – a Balkan cousin of the Latin American classic tres leches – leads to a deep, dark, global rabbit hole.

And it's certainly got milk in it!

At Köfteci Arnavut they claim to mix kaymak, the heavy cream of water buffalo milk, and cow’s milk together for the characteristic soak given to the cake. At Baltepe Pastanesi, İdris Beğiroğlu called his recipe a secret but admitted that there was plenty of krem şanti, whipping cream, in there. Tuğra’s menu lists it as a cake of three milks – cow’s, goat’s and sheep’s. 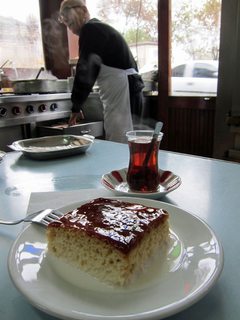 Not the answer you're looking for? Browse other questions tagged cake milk dessert food-identification or ask your own question.

5
Need help identifying 2 ingredients in homemade chicken biryani
3
Looking for the name of a sweet green drink
5
Help in identifying Scandinavian dessert recipe
3
Identify this dessert
6
Jello and Evaporated Milk Dessert
6
Is there a name for fried evaporated milk?
6
What is this Tibetan dessert?
11
What are “Honey Bubbles” and how are they made?
2
Identify this brownie-like dessert