What is Balkan bread?

A few years ago, I went to a restaurant on the water in Tel Aviv-Yafo called Manta Ray. They served this most exceptional bread they called Balkan bread. It reminded me a little of a focaccia in texture, but I don't think it was focaccia. I have a student from the Balkans whom I asked about it, and she didn't recognize any such kind of bread. Anyone have any idea what this Balkan bread might be?

It's almost certainly a type of pogacha, or possibly kruh.

Originally, "pogacha" basically meant "bread baked on a hearth", or in other words, "bread" (when the word was invented, almost all bread was baked on a hearth). Thus, there are as many different kinds of pogacha as there are of bread.

However, the true Balkan/Turkish pogacha is said to be quite similar to focaccia:

The Pogača or Pogacha (Hungarian: Pogácsa, Greek: Μπουγάτσα, Cyrillic: погача, Turkish: poğaça, Albanian: pogaçe) is a type of bread baked in the ashes of the fireplace, and later on in the oven, similar to focaccia, with which it shares the name (through Byzantine Greek: Πογάτσα), found in the cuisines of the Balkans, Hungary and Turkey. 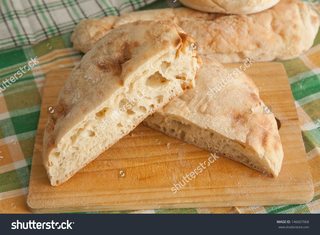 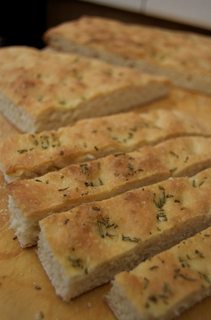 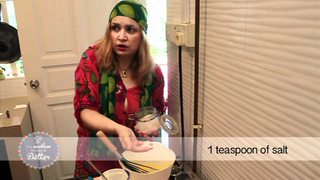 Video (thumbnail above) of a focaccia-like pogacha recipe 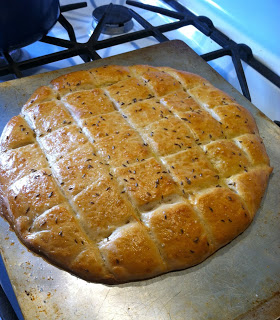 Again, "kruh" just means "bread", so the term itself is very broad - you'll need to search through different kinds of kruh (and pogacha) to find the one that looks like what you have in mind. A "peke" is a cooking vessel, somewhat like a dutch oven, usually made from cast iron. 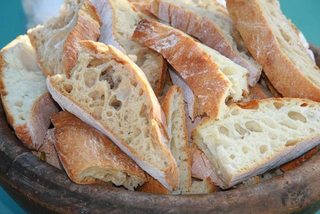 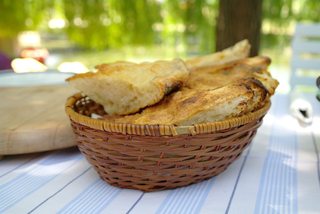 Not the answer you're looking for? Browse other questions tagged bread food-identification middle-eastern-cuisine or ask your own question.

8
What is the name of this Israeli street food?
4
What is tamur (ingredients)?
7
What is the puffy bread shown in Chitty Chitty Bang Bang?
5
What is the Chinese celery and cabbage appetizer called and how is it made?
11
What is the name of this Ukrainian bread?
2
Light green squash-like ingredient in Indonesian cuisine
5
Looking for a Finnish bread name and recipe
5
Recreating a bread
1
Bean curd that is spiraled
1
What kind of dish/pastry consists of white bread with ice-cream or some sort of mousse inside?