Only the core of my banana is black. Is it safe to eat?

This banana had a bit of bruising I wasn't too concerned until I noticed the core (and only the core) was dark brown/black in color. In addition, it's somewhat dry and hollow, unlike normal banana flesh. 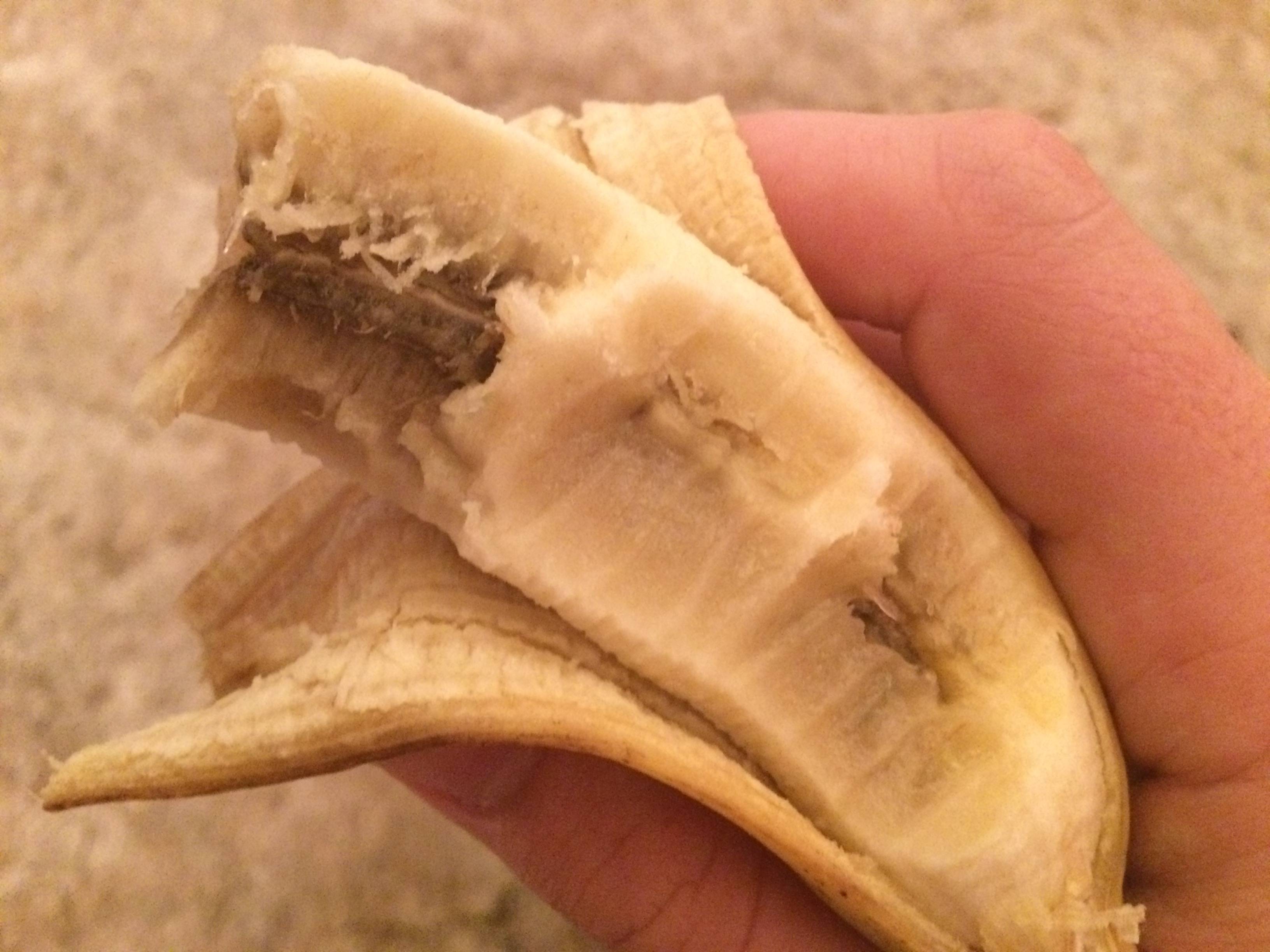 I've read elsewhere on the Internet that this happens when they've been dropped (which, incidentally, this one has been). Is this true? Are bananas like this still generally safe to eat?

From a 1989 Chicago Tribune article:

... some said that almost all the bananas they had purchased lately had such an unpleasant, dark center that they were inedible.

We received a more thorough explanation from Chiquita Bananas along with the admission that the problem is occurring with more frequency than ever before. Russ Caid, special director of banana and technical services for Chiquita, said that the condition is called black center syndrome. He explained that once bananas have begun to ripen, they are very fragile and must be handled with care. Dropping a crate of ripening bananas as little as one foot can cause them to have black centers. Banana growers and shippers are aware of that and insulate the bananas from any rough handling. However, once these bananas are closer to their final destination, either at distribution centers or the supermarket, handling may become less careful, causing black center syndrome.

Caid said that at Chiquita they are very concerned about the problem and are trying to orient and train people at all levels of handling to eliminate the condition. Unfortunately, he concluded, there is no way to tell if a banana has black center syndrome until it is peeled.

According to my grandfather, it's still under-ripe - he liked them after they were brown/black all over outside and pretty well brown all the way through inside.

So I'm pretty sure it's perfectly safe to eat.

I know this is old but for anybody reading here for info in the future... when a banana is almost black just in the 3 central cores it is because it is beginning to change from fruit to seed and is perfectly fine to eat. If the banana is brown but not from bruising it's usually from being chilled below 0 Celsius either by the shop or in air freight as that is not heated and bananas go brown when frozen. All fruit is good to eat as long as it doesn't smell or taste funny so just use your senses.

That looks to be. It is not a hole up threw the seeds or center. There are times a insect will go up the center of a banana. A fungus can set in. Some people have got sick of such. We throw them away. Or brown centers like yours. But bananas are most times free for the taking were I live. Or we need give some away. Mix them in feed for the pigs or such. The banana you eat are picked so unripe this is not normally a problem with them. The insect getting in them. But dropping near ripe bananas can do what you see there. It is not a hollow hole so safe to eat.

Not the answer you're looking for? Browse other questions tagged food-safety bananas or ask your own question.