Why my meatballs sweated all of their fat?

I have made simple meatballs with red onions, some eggs, drizzle of olive oil and chopped scallions. Put them into the oven at 220c (440f) and this is what came out: 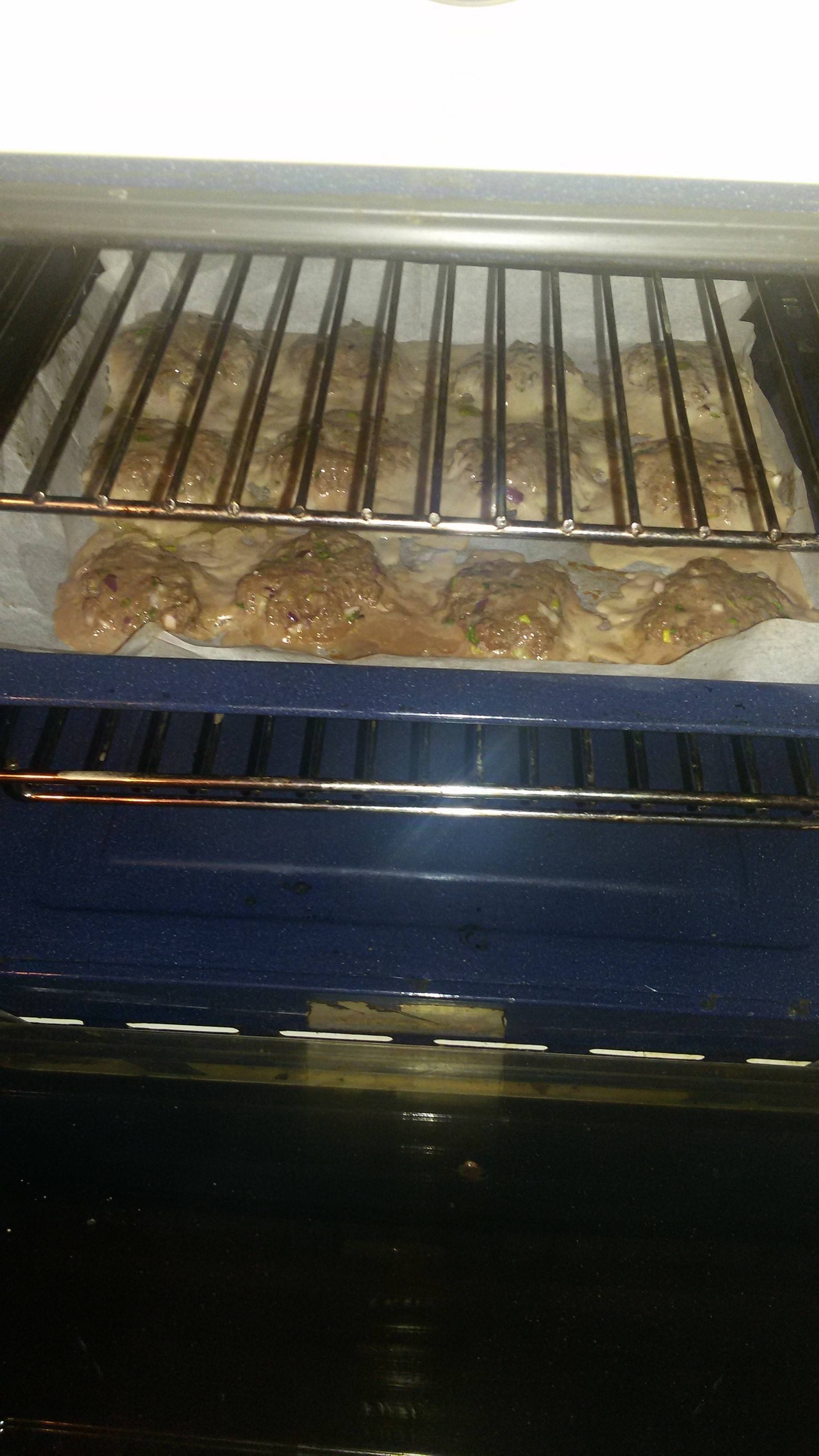 They sweated all of their fat and juices. What was left was very dry meat with almost no flavor. They weren't in the oven that long at all. Why did my precious meatballs sweat all of the fat they worked so hard to gain at the farm?

Regarding the chemistry of what happened here, @rumtscho's comment addresses that very nicely. Quoting from the relevant portion of the linked answer:

This scum is made from proteins. Meat contains muscle fibers (the proteins actin and myosin) as well as some loose proteins swimming in the fluids within the meat (the cell plasma). When you cook meat, the protein-rich fluids are expelled (that's why overcooking makes meat dry). Under hot temperature, the proteins in the fluid coagulate, making it firm.

As to why that occurred in this case and what you can do about it: you've provided a list of ingredients that includes a lot of moisture, with very little to help bind everything together. Eggs contain a lot of water, and onions will release quite a bit as they cook too. This exacerbates the problem of fluid expulsion noted above. This is why you will very often see breadcrumbs (and sometimes a dry cheese such as parmesan, especially in Italian recipes) included in meatball recipes. They're not just filler; they help to absorb the juices expelled by the meat itself as it's squeezed out by the cooking process. It's a little counter-intuitive, but the dry breadcrumb helps to keep the meatballs moist and shapely as they cook.

Next time consider reducing the amount of egg (you don't specify how much you used, but I rarely use more than 1 egg per pound of ground meat) and adding a bit of breadcrumb to your recipe: perhaps 2 tablespoons per pound of meat as a starting point, up to about 1/4 cup depending on other ingredients. Given the onion and other things here, I would err on the high side of that.

I also think you missed the breadcrumbs mince is very fatty and all other ingredients contain a lot of water. I have made this mistake with meatballs and burgers sadly but you will find they are better next time

Not the answer you're looking for? Browse other questions tagged meat oven food-science fats chemistry or ask your own question.

25
What's that scum at the sides of my home-made burger when I cook it?

2
Chicken without all that fat?
2
How can two pies made and baked identically have differing flavor qualities?
4
Estimating the fat content of homemade chicken foot gelatin
0
Does cooking vegetables increase their flavor?
1
Why isn't my steak fat cooking?
4
How do you get gelatin from rendering cow fat?
2
When rendering beef fat for tallow, must the fat come from the cow's kidneys or heart area?
5
Do acid and fat balance each other? How?
7
Why do some creams/fats whip better than others?