Creating a specific cream for a cake?

My mom is trying to recreate it, without success. But she doesn't exactly know how to make the cream.

I had one recipe with sweet cream and chocolate pudding, but it didn't work well — it was too wet.

I had another recipe with cocoa and halva, where you cook them both with some water, butter and sugar, and it too didn't work — also too wet, and too chocolatey.

How can I find a decent recipe for the filling? Are there any names I should be searching for?

I assume we are talking about a variety of the Eastern European treat called Oblatne (or a variety of that name)? Which consists of five to eight layers of store-bought wafers (not "waffles" - in some languages it's the same term for both, I know), "glued together" by a fatty or caramelly cream, pressed for a few hours and cut into little diamonds? Like below: 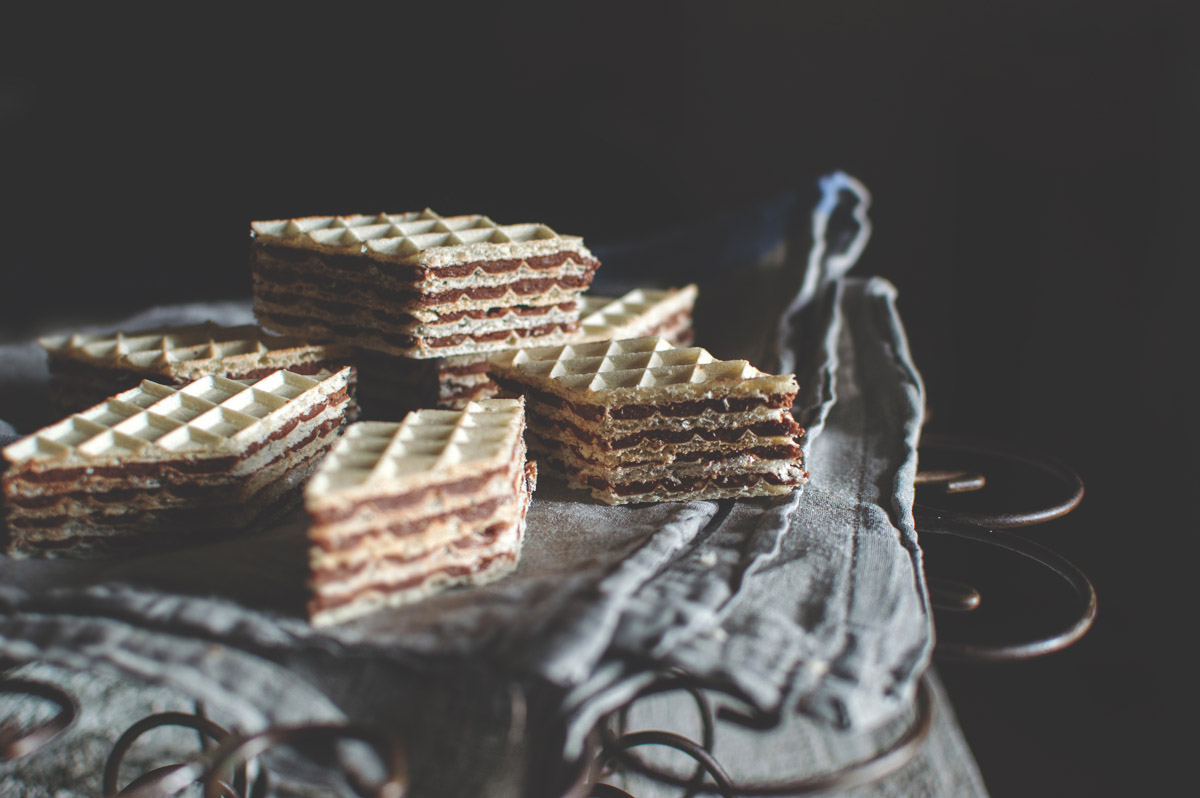 There are two main methods to create the cream, one based on condensed milk, dulce de leche or caramel, the other on butter, margarine or shortening. Often with an addition of nuts, chocolate and a dash of alcohol. Often, some raw eggs are included as well, so take the appropriate measures for these recipes.

The common trait is low humidity in the filling, because otherwise the wafers become soggy and - worst case - could even disintegrate.

Recipe requests are off-topic here, but a creative use of the terms wafer, cake, country of origin or some neighboring country, oblatne or oblate and your preferred filling ingredients in your favourite seach engine should set you off in the right direction.

Not the answer you're looking for? Browse other questions tagged dessert frosting filling or ask your own question.

5
How can I get a more homogenous Bavarian cream?
3
what is the correct consistency for cream cheese frosting
3
Can you thicken a pudding just by reducing?
3
Coffee whipped cream filling
1
Is there a frosting similar to whipped cream but without cream?
0
How do I fix crystallized butter cream filling made with ghee?
3
What is a stable frosting for a cake that will be in warm temperatures at an outside party?
15
Coffee Grounds and Gritty Butter Cream Icing