What are Chicken Paws?

Although I haven't purchased them, I've recently noticed more than one supermarket chain selling packages of "Chicken Paws". 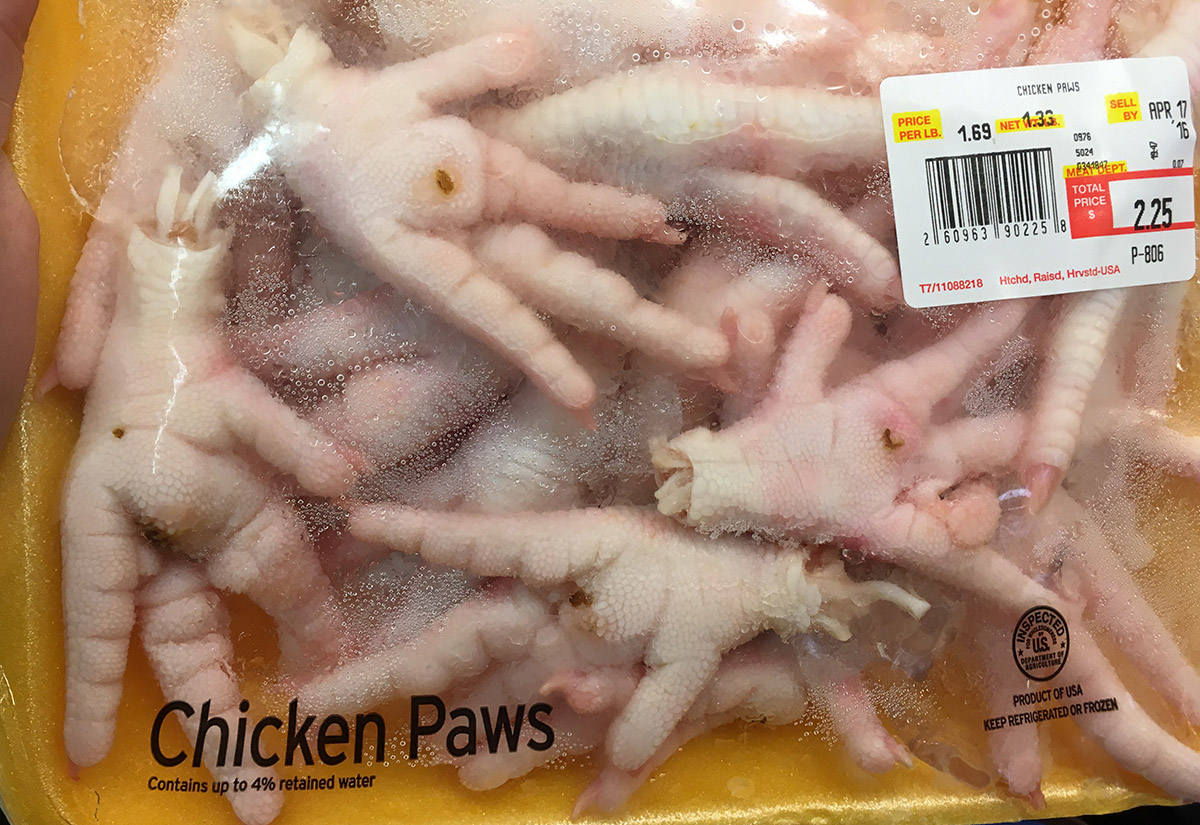 To me, they look exactly like chicken feet, though I've never purchased those either. The definition of "paw" generally refers to the foot of an animal with four feet, but I've never known a chicken to have more than two.

I thought perhaps it's just a marketing ploy to make chicken feet sound more cute and cuddly by calling them paws, but that could also be counterproductive towards encouraging people to eat them.

Well, live and learn! — As Sue's answer correctly points out, the United States Department of Agriculture does indeed make a distinction between chicken feet and chicken paws: 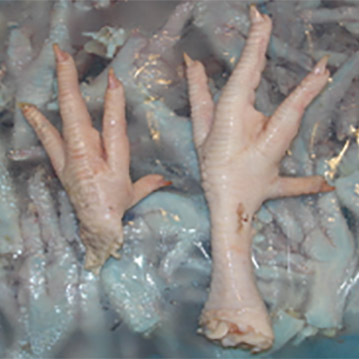 The chicken paw on the left does not have as much of the lower leg as the chicken foot on the right.

While the difference may seem subtle to many people, it's apparently very important to consumers in China:

Most premium jumbo paws are sold in wholesale markets and eventually make their way into high-end restaurants. Smaller paws, chicken wings, and wing tips, in addition to being sold at wholesale markets, end up at wet markets and processing plants, which use them in finished food products.

The market for chicken feet is more varied than that of premium chicken paws; larger chicken feet are sold to both wholesale and retail markets and are more commonly used for family consumption (and in barbecue stores), small feet are typically further cooked in processing plants. Chinese consumers in the Northwest and Northeast tend to favor chicken feet over chicken paws.

There actually seems to be a difference between a chicken paw and a chicken foot. According to a 23-page publication from the University of Pennsylvania:

Chicken Paws = feet cut off at the ankle

Though most of that publication is a study of the health conditions for breeding chickens, it does list a few of the types of dishes the parts are used in, including soups and satays.

Food and Beverage Online is a frozen food supplying site. Chicken paws and feet are listed as separate entities there also. This page describes the characteristics of each product.

The USDA International Egg and Poultry report from 2013 lists export statistics separately for paws and feet.

In America, where I live, I couldn't find any recipes specifically calling for chicken paws rather than chicken feet. Since the export sites list them as being distributed largely to China and other Asian countries, maybe some of you who come from there, or have expertise in that kind of cooking, might be able to find something more specific!

Not the answer you're looking for? Browse other questions tagged chicken packaging or ask your own question.

16
How can I cook more flavorful Chicken through and through?
8
Why do US chicken taste "gamey"/rancid in no time despite proper storage?
2
Are there different grades of chicken in the US?
1
What are East Coast Chinese Chicken Wings marinated in?
2
Chicken thighs that don't seem right
5
What are certified synthetic colors?
6
What percentage of my chicken legs are bone
1
Questions about battering and frying chicken
28
What are these tiny kidney bean sized things in my rotisserie chicken
1
Preparing chicken burgers for sous vide then freezing while keeping shape