Are there ways in which you can overdo your thickening?

In this recipe for mac and cheese that calls for a basic roux of 1/4 cup flour and 1/4 cup butter (60g from what I gathered it to be) I got a pretty thick sauce even after adding 3 cups of milk and before I added any type of cheese.

I wonder - can you do something in the roux-making that can cause the flour to over-thicken?

Based on your description, it looks like you've made the common error of assuming that equal volume is equal weight.

Butter is more dense than flour so the same volume does not equal the same weight... you must convert the 1/4 cup for each product using a trustworthy site.

Here's one that looks OK and includes both butter and flour.

This means that, if you added 60 grams of each, you've got twice as much flour (the thickening agent) than the recipe calls for... so of course it's going to be way too thick.

I recommend you start over and be more careful with your conversions.

As a note, my standard recipe for Mac and Cheese uses 4 tbsp each of flour and butter (generally equivalent to 1/4 cup) while it only calls for two cups of milk rather than three, so I usually have a much thicker white sauce than yours will be and I find it quite enjoyable.

The Joy of Cooking (an iconic American cookbook) recipe calls for the same percentages for their white sauce - 2:2 tbsp of butter/flour with 1 cup of milk.

To answer your questions in the comments, pure butter (rather than spreadable butter/margarine or butter blends) in the US is usually sold in one pound boxes containing four sticks per box. Each stick is 1/4 pound of butter which is equivalent to 1/2 cup. Each stick is wrapped in waxed paper and has tick marks to show each tablespoon of butter for a total of eight tablespoons. 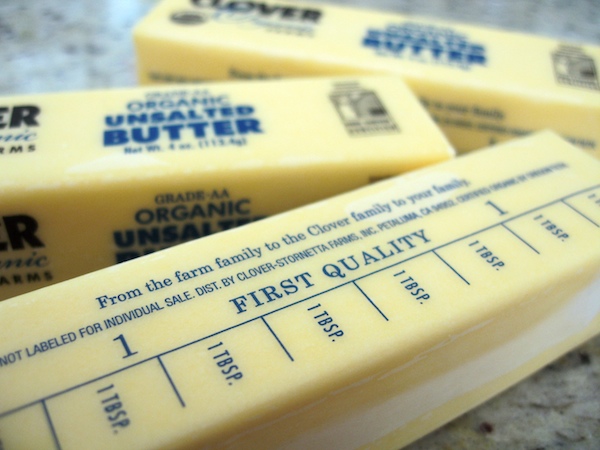 Occasionally the paper isn't perfectly aligned but it's usually a simple matter to adjust your cut position to allow for the offset.

Your second question I think comes from a misunderstanding of how thick the white sauce is when completed correctly. With the proper percentages of flour and butter (and using two cups of milk), the final consistency you get is somewhere between thick cream-based soup and thin hummus. Adding the cheese usually doesn't effect the thickness because the cheese melts and is about the same consistency as the white sauce. I also like adding softer cheeses that melt well like goat cheese for both flavor and textural reasons.

Once baked, the final outcome will be fairly solid and casserole-like. You should be able to cut it with a knife and expect it to hold its shape to a good degree, like this: 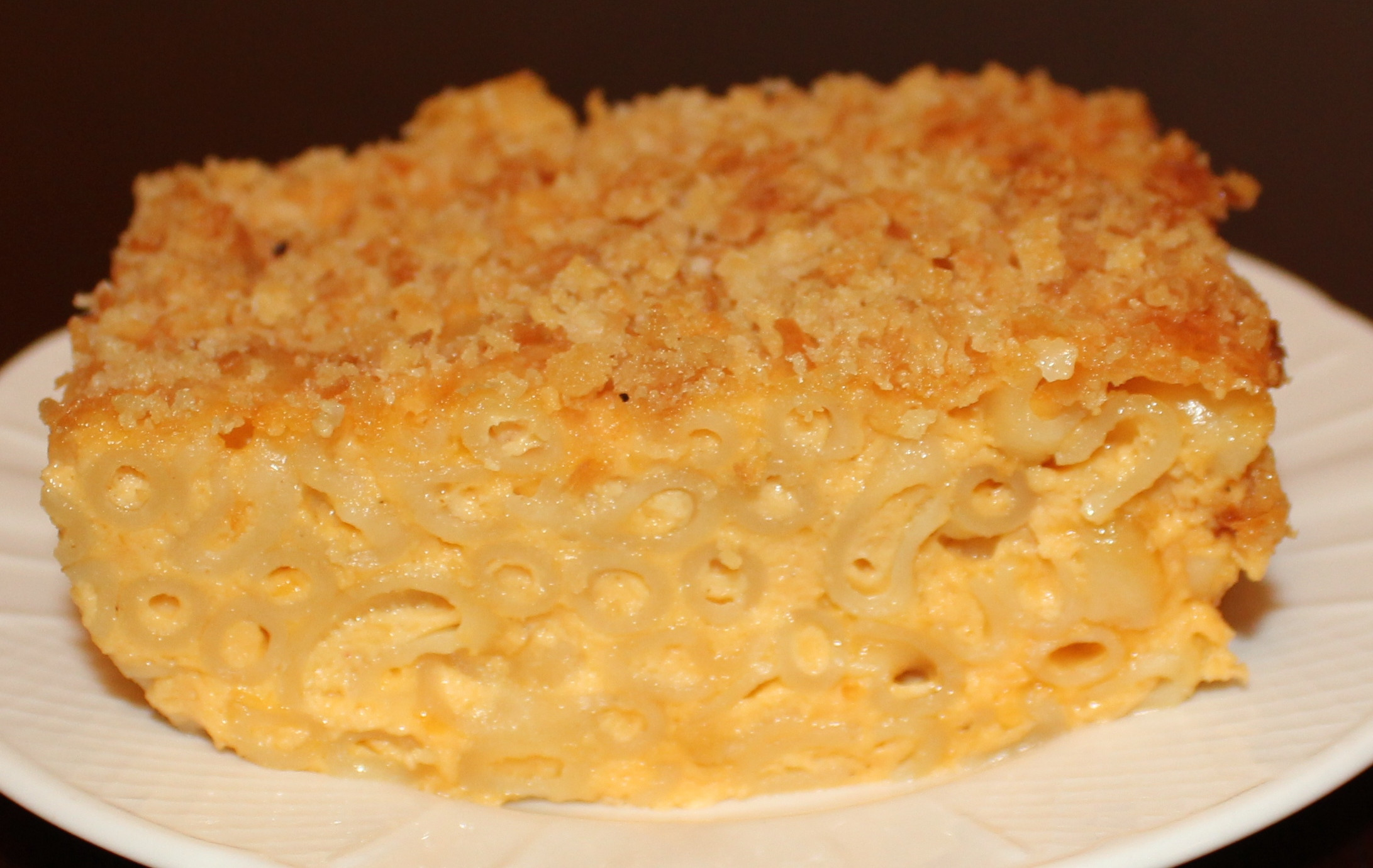 This recipe will not make the creamy-style macaroni and cheese (an example is shown below. That is a different process and is generally not baked. 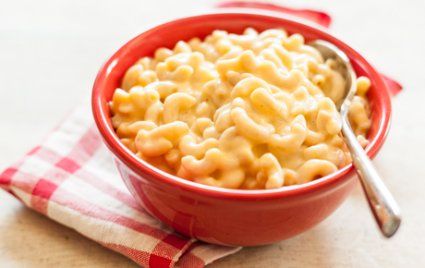 So that you can see the differences in the recipes of baked and creamy styles I'll link you to a couple "creamy-style" mac and cheese recipes from other sources. This is a simple example recipe from Whole Foods Market, an American grocery chain and here's a slightly more complicated recipe from Serious Eats.

No, you can do something to underthicken it (make a darker roux than the recipe intended by accidentally heating for too long), and you can get lumps in it, but there is no common mistake(1) which can cause too thick a sauce.

From your description, it seems like you simply used way too much flour. 120 g to the cup is a pretty common conversion factor for flour (as always with volume-to-weight conversion, it's not perfect, but good enough). 1/4 cup of flour would be 30 gram, not 60.

Also, this recipe seems flawed in suggesting a 1:1 ratio for the roux to weight instead by volume. You probably needed 30 g flour and 30 g butter, not 30 flour and 60 butter. Sometimes it is common to overbutter roux, but not by such a margin, and the additional fat is more commonly added later, not during making. The 1:1 volume ratio suggests the recipe maker didn't know what they were doing, so I wouldn't be surprised at the recipe as a whole being suboptimal.

(1) Before people start correcting me: Technically, there are ways to overthicken. For example, you could cook out most of the liquid, but you'd need to forget it on the stove for an hour or two, and if that happened, you'd probably would be complaining of burnt sauce instead of thick sauce. Also, if you somehow managed to add another thickener without noticing, such as throwing in a pinch of xanthan insted of pinch of salt - you see we're dealing with extremely improbable scenarios here.

Not the answer you're looking for? Browse other questions tagged sauce flour thickening or ask your own question.

8
What is the thickening power of different types of roux?

6
Is there a technique for making larger batches of roux?
8
Why isn't my mornay sauce smooth?
3
How to estimate amount of all purpose flour for roux?
3
Why is my cheese sauce sweet?
11
What is the advantage of a roux over a raw flour slurry, in sauce?
1
Making cheese sauce
8
Common ingredient to thicken the soup
7
Thicken stew/sauce twice with flour
5
Cheese sauce without flour?