What are the four cheeses generally used in"four-cheese" pizzas?

In common consumer pizza, microwave and bake-at-home pizzas are often advertised as four-cheese pizzas. What are these four cheeses, traditionally? Do different brands use different mixes, or does everyone stay about the same? How are these cheeses traditionally mixed, in what fashion?

They all seem to use different cheeses depending on the brand.

Below are some examples. I don't recommend any of these products, they just came up in web searches and specifically describe which four cheeses they use. 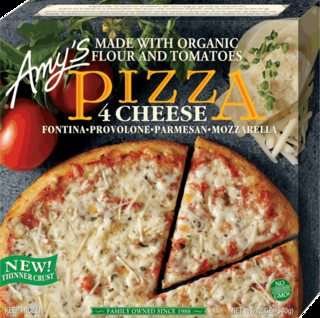 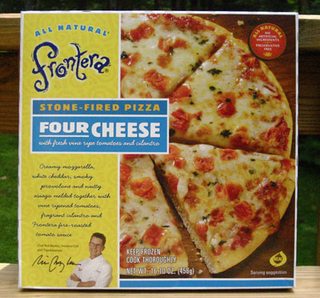 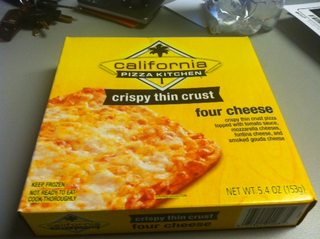 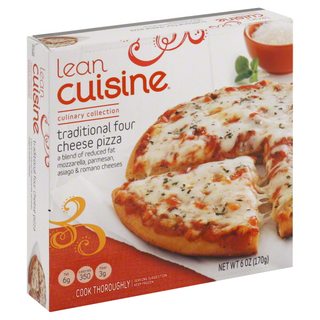 As others have noted, there is no standard.

Pizza's nominally Italian it would make sense to stick to the Italian cheeses or at least start with them. And there's no point if you cannot taste the distinction between them, so why not go for cheeses that have distinct personality. Finally, while you can mix them evenly, also consider spreading them in clumps so that each bite has a bit different flavor.

As an example, one could use mozzarella for the base, then scatter chunks of gorgonzola, tallegio, and smoked provolone. You can use big chunks--the size of a postage stamp and maybe 1/3 as thick--because these cheese all melt well.

If the cheeses are of equal character your starting point could be to use about equal amounts of these four by weight. For example, 125g of each of the above four would suffice for an entire 11x14", 27x35cm thin pizza (the pizza size pictured, though its only half a 4-cheese). Alternatively you could skip one of these soft cheeses and instead just cover the thing with a grated hard cheese, parmesan (a bit sour) or pecorino romano (tangy).

Moving a bit further beyond your question, when making a 4-cheese sauce for pasta one example formula would be 2 parts gorgonzola, 1 part tallegio, 1 part parmesan, and 1 part ricotta. 100g total cheese melted in 200g cream would be two servings or so. 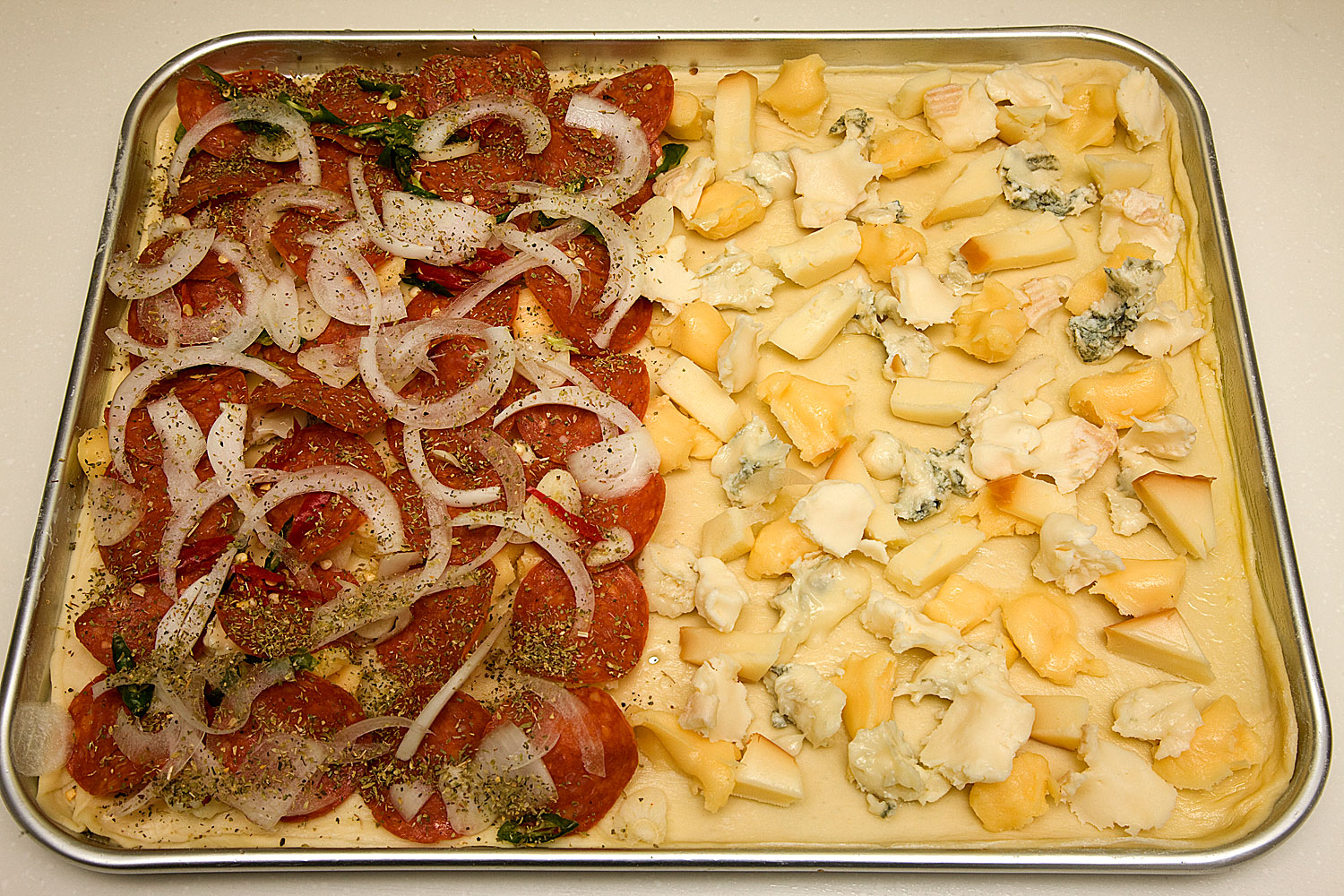 Not the answer you're looking for? Browse other questions tagged cheese pizza or ask your own question.

1
How to mimic Giordano's Pizza CRUST at home ? (part 1)
3
Brined cheese behaves almost as if carbonated
15
Why does cheese sometimes slide off my pizza and how can I prevent it?
7
Why does a pizza stone make my pizza dough bread-like?
9
How best to store cheese long term?
5
Dense pizza dough- need help! How to make lighter and more airy pizza?
1
Is a top heat gas grill, capable of 800°C / 1500°F perfect for pizza and sous vide steak?
1
Unmeltable cheese
3
Is a pizza like this unheard of in the USA?
0
Are these Indonesian milk products cheese, yogurt, or curd?