What do the numbers on my deep fryer dial mean?

I'm very new to cooking. I bought a second-hand deep fryer, without a user manual. The dial has these numbers on it: 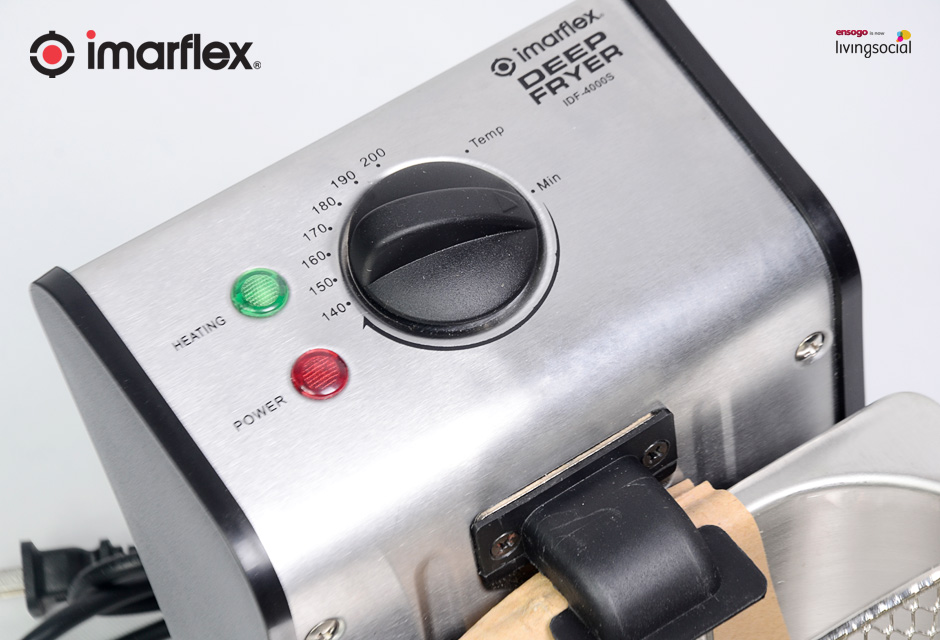 What do the numbers mean? Do they refer to wattage, or temperature (degrees C/F?)?

How do I find out what types of foods are best suited for each of those numbers, or what settings are appropriate for each food? For example, to which setting should I set the dial for fried chicken?

I am pretty certain these are degrees in Celsius. They cannot be degrees in Fahrenheit, that wouldn't deepfry a thing if they were. Similarly, unless you have a fryer which can only fry a single nugget at a time, they can't be watts, they're an order of magnitude too low for that.

I have no idea what the settings "Temp" and "Min" could mean. Had they been on two different dials, I would have assumed that one sets the temperature and the other the times of heating in minutes (but the second makes only little sense since you can't leave deep frying stuff alone and come to it later after it has turned itself off). A guess would be that "Temp" is not a setting, but the label of the whole scale, and the designer erroneously added a dot like in the scale positions. Then "Min" would be keeping the oil barely warm.

The degrees you choose will depend not just on the type of food, but on the exact recipe. The starting temperature of the food, the size of the food, the batter type etc. all make a difference in the choice. If your recipe doesn't tell you, you are stuck experimenting. I would suggest starting from 190 and changing from there.

If you do find temperature suggestions, be sure to check with a thermometer if the setting is accurate. Most appliances outside of the sous vide niche are wildly wrong about their temperature.

It looks like temperature control in degrees C. That setting will vary based on what recipe you follow, and the type of oil used for deep frying.

I couldn't find that model on the manufacturer's website, but got some product info from a retail site here.

I believe the other answers that suggest the number dial indicates degrees celsius are correct. 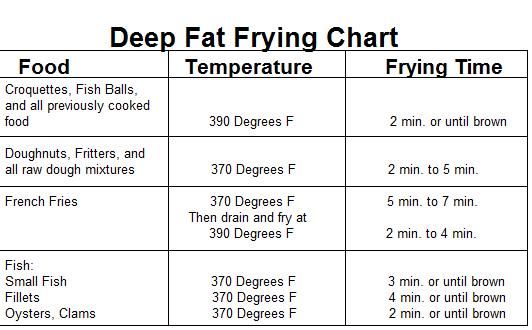 I think the temp chart is a bit high. I would use the Wikipedia temp range (the article had two supporting references)

(side note: I like how the chart does a double fried french fry)

Not the answer you're looking for? Browse other questions tagged frying deep-frying or ask your own question.