What are the names of these food dishes? [closed]

There is pizza on the bottom, but what are the names of the remaining dishes like the one with the asparagus on top of what looks like bread and then the one to the left of it with a bunch of thin sheets? 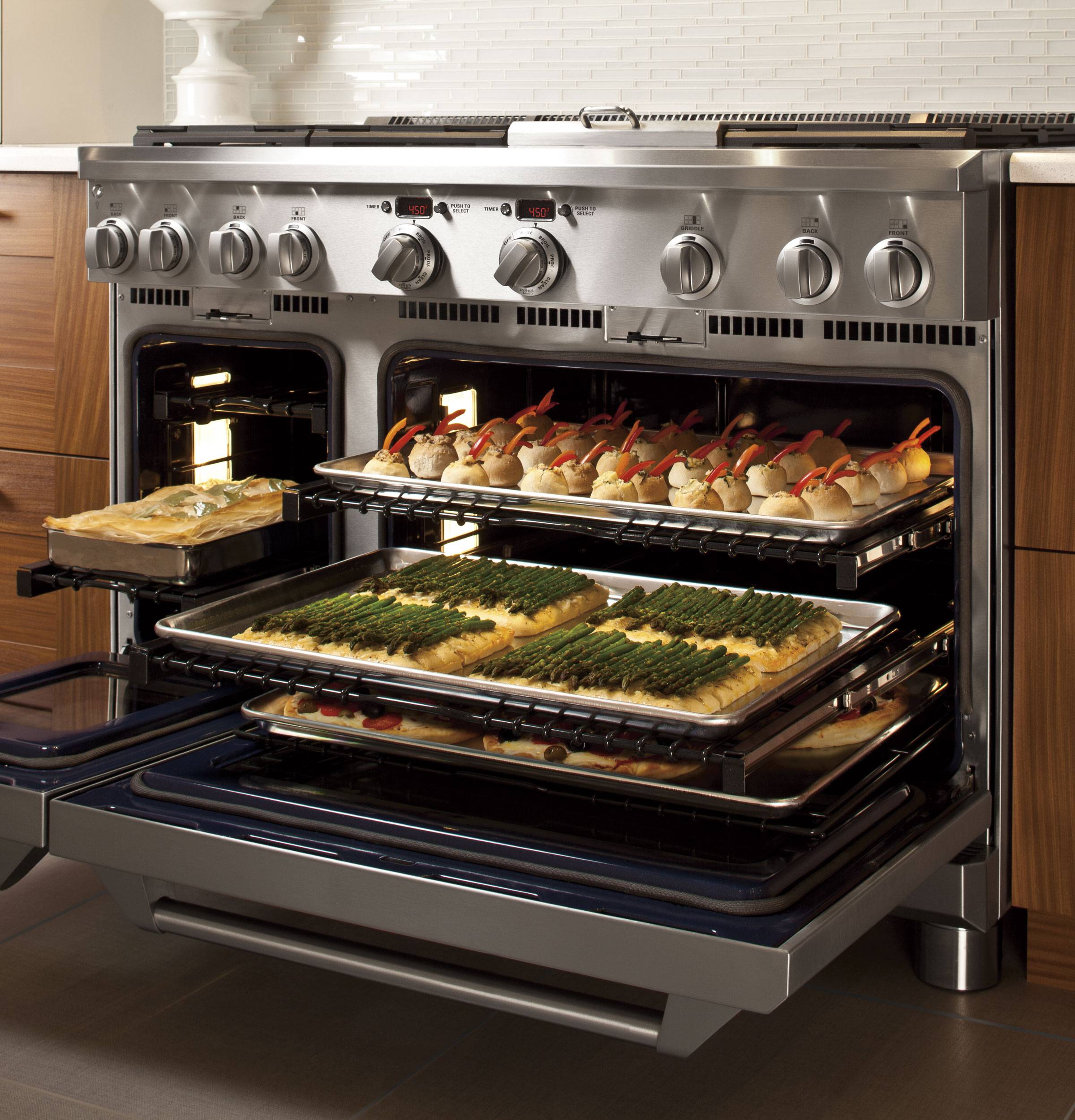 Yes, those are spears of green asparagus resting on some kind of dough, pastry or bread and, crucially, there is a hint of a yellow sauce that has been drizzled over the asparagus and come to rest between the asparagus and the underlying pastry/dough/bread. I am hazarding an informed guess that the sauce is a classic hollandaise sauce which is one of two or three ways of serving asparagus as a dish in itself. It maybe termed asparagus Benedict as in eggs Benedict. *The sauce is not made in an oven so I remain cautious. The layers on the left look like filo pastry.

Larousse Gastronomique is the "bible" for these sort of things.

I don't know what each dish actually is, but I'm willing to make some educated guesses from what I can see.

The thin sheets look like phyllo dough - some kind of casserole or pie topped with sheets of dough. It might be a spinach casserole, they're fairly popular, but I can't see beneath the layers of dough. It's topped with green leaves as a garnish, maybe basil or something - though they look very pale, maybe one of the lettuce mix greens instead? Which makes me think it's a vegetable-based filling.

The asparagus thing, just looks like asparagus laid over sets of bread sticks (I can see they look separated on the side), with a layer of cheese and herbs, maybe some kind of oil or butter in between. It vaguely reminds me of some pics of asparagus tarts, but that's not a great fit - the asparagus is too thickly laid and doesn't look like there's enough binding it to the bread (the cheese and herbs layer looks pretty thin), the bread sticks are too fluffy, and the bread sticks and asparagus are laid cross grain - if separated by bread stick the asparagus would be chopped into little bits and probably fall right off everywhere. Probably tasty, but it looks messy. In any case, you could probably layer something like that up and try it.

The top things look like bread rolls - hollowed out and stuffed with something (maybe a hot dip or filling), with strips of red and orange bell peppers used for garnish. I would probably go with a creamy veggie dip, to go with the bell peppers - especially as I can see what looks like bits of green and tan and pale yellow in the mix, and browned on top, but you could fit anything in there and not much change the looks - even something like sandwich fillings, chicken salad or the like.

And, yeah, that's definitely pizza on the bottom, with two kinds of olives, tomatoes, and pepperoni.

15
What is “pizza crust yeast”?
10
What are the authentic traditional ingredients for Naan bread?
0
*Cannot* get that “Oven Spring”
10
I'm pretty sure these aren't scones, but what are they?
5
Which types of bread are well suited for overnight proofing and what adjustments are needed?
1
What is the English name for chleb bez maki?
2
What the gluten look like when kneading for long time on a texture basis
1
How to avoid soft bottom of home-made bread?
1
What are these white spots in my bread dough?