Does microwaving wine have the potential to remove the alcohol? If so, how long might be required?

(I'm specifically interested in the microwaving aspect, which is why the existing questions on cooking away article aren't exactly sufficient)

Cooking is not as effective at removing alcohol as many people think; the alcohol and water evaporate or boil together. At a simmer, it might only take 10-15 minutes to get rid of half of the alcohol, but getting rid of 90% of it takes more like two hours. See this previous question on cooking away alcohol for more detail.

In any case, a microwave can certainly simmer or boil liquids, and the alcohol/water evaporation doesn't care about what equipment you used to cook it, so you certainly could do use a microwave to reduce the amount of alcohol in wine.

However, it doesn't give you nearly as much control as a stove; even if you use a reduced power, it'll tend to boil on and off as it cycles the power. And microwaving for extended time periods is a pretty awkward method.

So in general, I'd suggest doing this kind of thing with conventional cooking methods, especially if it's as part of a dish. You can use the cooking time of a stew to help reduce the alcohol, for example. And even if you want to remove more alcohol than the cooking time of your dish permits, a pot on the stove gives you much better control.

Microwaving will have the same effect as boiling it, except that boiling it in an oven (microwave or not) might actually slow down alcohol evaporation due to vapor being unable to leave the oven. Also, make sure you are not creating a fire hazard by saturating an oven with alcohol vapors.

With a microwave you boil both and even though would lose more alcohol than water than water but not much more. If you boil the water you basically give up most of advantage of water being a lower volatility.

A better method would be to float a bowl of wine in simmering water for an hour or so. You will lose about 20% of the water and like 98% of the alcohol. 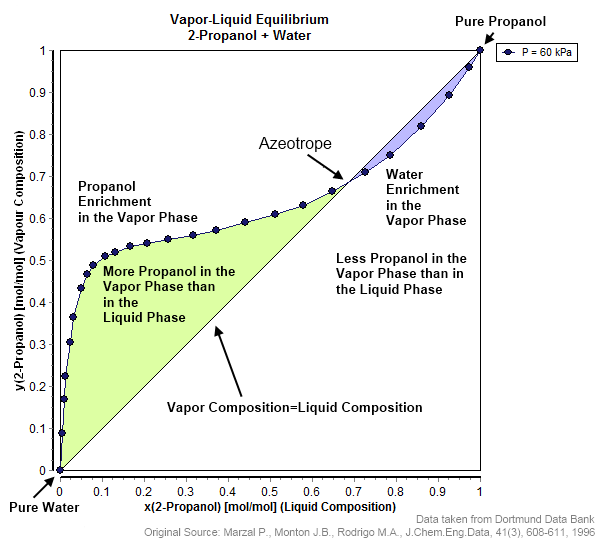 Not the answer you're looking for? Browse other questions tagged food-science microwave alcohol wine or ask your own question.

17
How long can I store cooking wine?
3
Does the alcohol in wine affect cooking process?
6
long term wine storage
4
How do I know if a food or recipe can be made in a microwave oven?
6
Does the freshness of the ingredient impact the longevity of the cooked dish?
4
Infusing Chilies in Alcohol
1
Refrigeration of Cream Liquor
4
How to reproduce beef flavor & texture
15
How Does Wine Enhance Flavor?