How did I screw up this rice pudding recipe?

I've never made rice pudding before so I tried this recipe, exactly (no frills like raisins or anything).

But it came out pretty gross. It had a film on top like milk gets immediately after pulling it out, but I mixed that all in. Mostly it had a lot of puddles of yellow, cloudy, watery liquid in it, and the whole thing had a pretty watery texture.

It tasted like... salty eggs or something (and like like commenters, I am confused by the saltiness; it wasn't strong but it was there). Sort of like if I washed a bowl of eggs then dumped some day old rice in the dirty dishwater. Yum.

I don't understand what happened here. Does anything here scream anything out to anybody with some experience?

Was it the type of rice? The way I made it? How I mixed/beat things together? Something I don't understand about the ingredients? Incorrect cooking temperature or time? Just a bad recipe (but it got OK reviews)? Is there anything that could've been wrong with any of my steps or ingredients that would make it turn out so poorly in this way?

I've never made a baked rice pudding before but I have a couple of guesses at what went wrong...

First, I don't think the type of rice matters much but I will say that your method differs from the standard method in the US for cooking rice. Generally, we boil the rice with about twice the volume of water as rice until all of the water is absorbed. There's no dumping out extra water or rinsing.

This may not make the best rice for direct consumption but it concentrates the starches because none of them escape when you drain off the water or, worse, rinse it.

This starch is probably at least some of what helps the rice thicken while being baked... so your soupy result is because there wasn't enough thickening agent.

I can't stress enough, when cooking, if you want to be successful, look up any terms you don't understand... or come and ask us here... that's what we're here for.

Regular egg whites look like this (all images taken from the Joe Pastry link below): 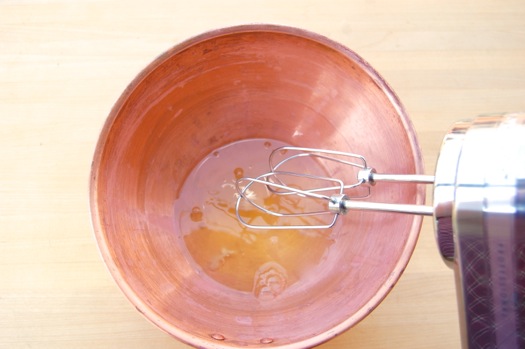 Egg whites that have been "stiffly beaten" look like whipped cream. They have peaks that stand up on their own when the whisk is removed from the bowl. This Joe Pastry page has a guide to the method for achieving this.

The ones below are soft peaks - see how they fold over at the tips? 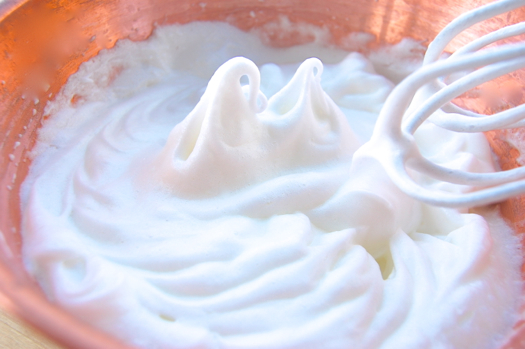 And here is your target, "stiff peaks". No folding tips, dense foam. 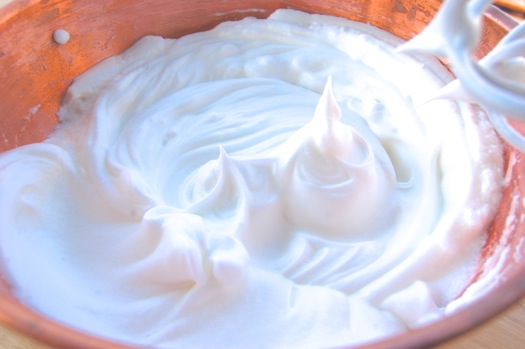 If your egg whites looked more like the first picture, they won't do their job of adding structure to your pudding.

The word "fold" is important here. To avoid breaking the egg whites back down into mush, you gently fold them into the pudding so that they retain their structure for their time in the oven.

So, I think that these two issues will be your main culprits for why this recipe failed on you.

Not the answer you're looking for? Browse other questions tagged rice pudding mistakes or ask your own question.

5
What type of Rice is best for Indian Style Rice Pudding?
2
Which rice is best for rice pudding?
4
Vanilla Pudding: Could someone explain this recipe to me?
1
How to scale up pudding recipe 10x?
4
sushi rice vs pudding rice
4
What is the minimal set of ingredients that English rice pudding can be made with?
3
Why is my fragrant rice pudding (Gordon Ramsay recipe) dry?
0
How do I know a beaten egg has “set” while cooking stovetop rice pudding?
0
How can I improve this rice recipe
6
Dealing with excess liquid in a rice dish