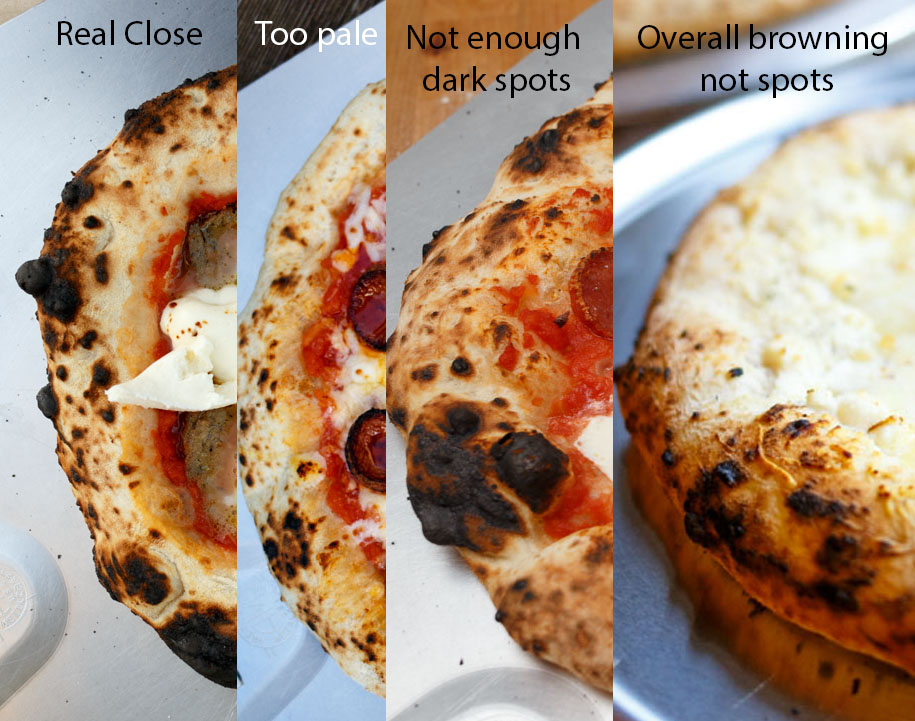 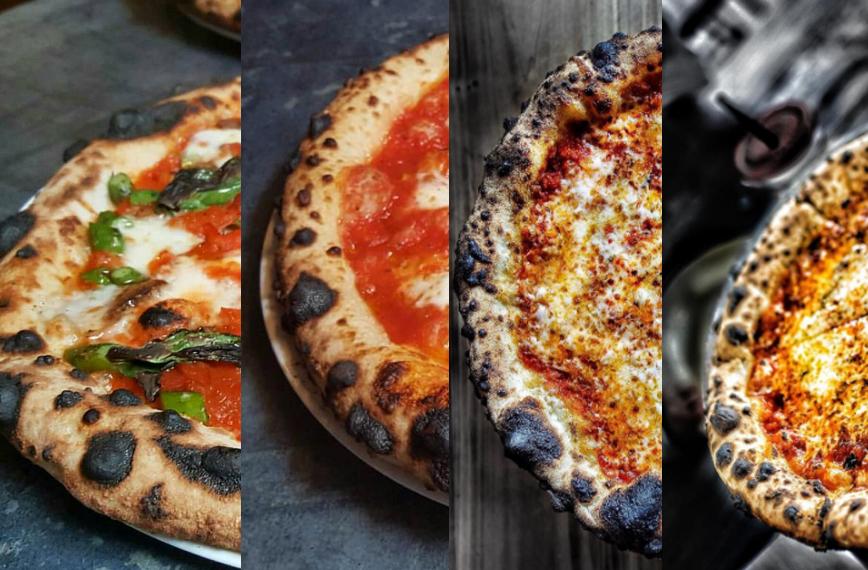 Ill comment, even if it's an old topic. I find that an extensible long fermented dough (not too much elasticity, so not too much kneading), on the verge of overproofing, will facilitate the creation of little bubbles during oven spring - and I read somewhere, the burning of dead yeast cells- and thus will translate to leoparding, even in a home oven (with a good setup aka broil method + thick stone).

Leopard spots and chewy goodness are awaiting you. Ciao! Steve

Your crust is proper. The leoparding on the second row pictures is due to cold dough, that was not left long enough out from the fridge before cooking

9
Shaping thick crust pizza dough
38
What are the impacts of common pizza dough errors?
2
How do I prevent crust formation when proofing pizza dough?
2
What is the difference between bread dough and pizza dough?
6
What do I need to do to use my current recipe for thin-crust pizza?
2
Tapioca pizza crust is undercooked?
3
Pizza crust lack of flavor
2
how to get maximum amount of rise for shaped pizza
3
Pizza crust doesn't brown
1
Firming up Neapolitan Pizza Crust