I'm making my first little foray into the wonderful world of cultured food making, and have been trying my hand at Coconut Yogurt (this is attempt #4). I have a crock pot that I fill with water, plug into a thermostat, put the probe in the water and set it to 110F. I put the yogurt in a mason jar in the crock pot, make sure the water is higher than the yogurt line, and leave it overnight.

Precursor: yesterday I made a batch, but neglected to sterilize my jar, so I grew both pink and yellow something (I assumed bacteria, rather than mold, because of the colors) overnight. I then learned that pink seems to be the first color your yogurt will start to turn generally when something wasn't quite sterilized properly.

This bring us to my most recent batch - I washed the jar with soap, water, and coarse salt. Shook it for ages, scrubbed with a brush, rinsed with hot water. Boiled twice in a stock pot (I was determined to get it right this time) as well as the lid. I brought my coconut milk to 180 degrees while stirring in 1tbsp of tapioca flour as a thickener, and 1tbsp of granular white sugar, to give the cultures a bit more food. Once I hit 180F and was almost simmering, I pulled it from the heat, and let it cool down to 110F. I opened a new store-bought coconut yogurt with live cultures, plain, unsweetened, and put a spoonful into my coconut milk mixture, stirred gently, then put the lid on and set it in the crock bath at 110F for about 12-14 hours.

This morning I pulled out the jar to take a look. About 1/8th to 1/10th of the top of my volume was a layer of watery liquid, I assume Coconut's equivalent to whey. This may be tinted slightly yellow, but looks relatively clear to me. When I look down from the top, though, there's a brighter shade of yellow that's formed in splotches on the surface. To me, it looks similar to the pink I saw yesterday, only yellow. I've never successful made a batch before and do know there should be some yellow tinting to you whey, at least when it's cow's milk. I'll attach the best picture I could take. My question is: how do I know if this yellow is okay or not okay? If it's grown some alien again today after boiling the jar twice, how can I keep things even more sanitary to prevent this? 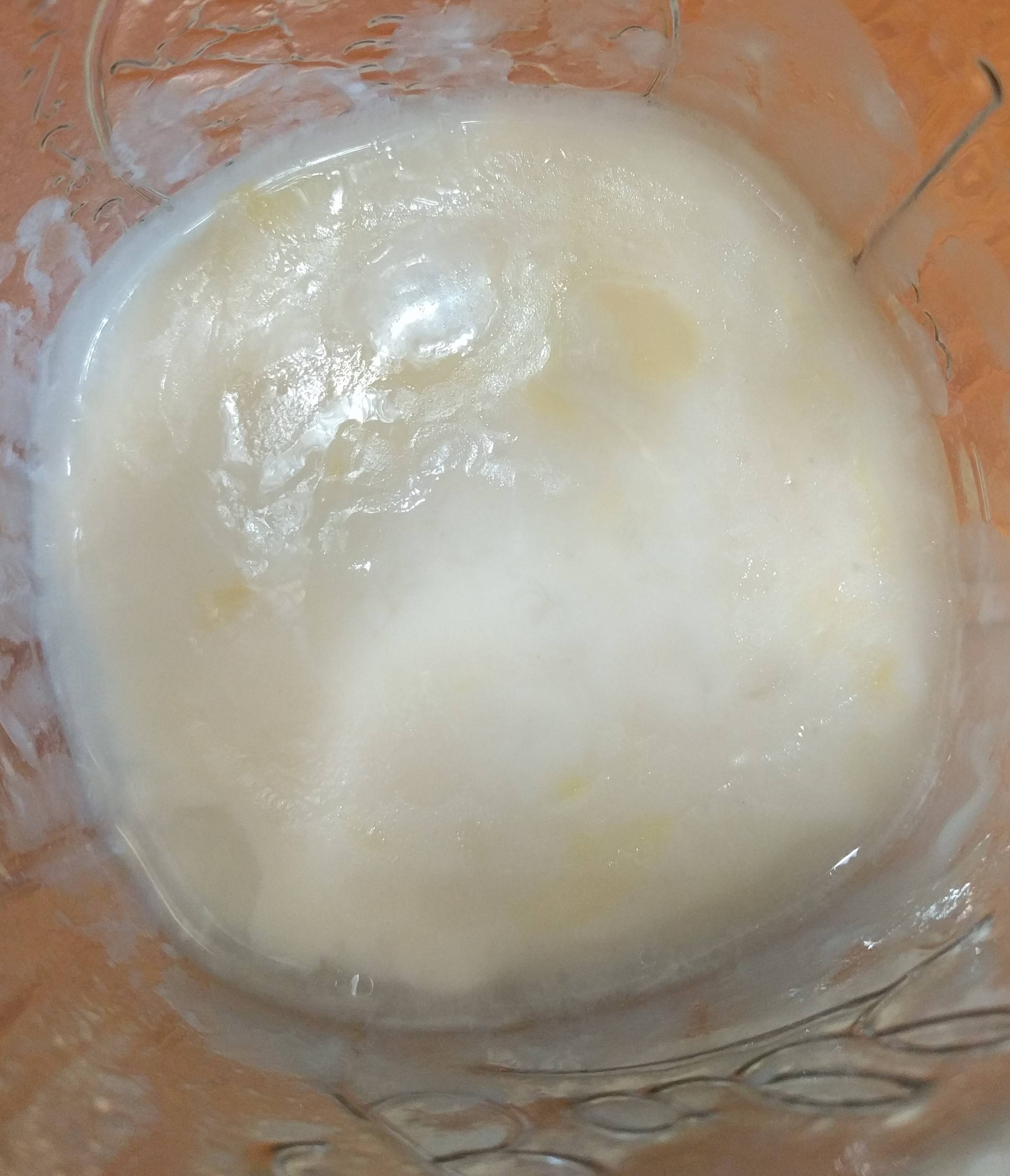 Update - after an extra ~12 hours or so (24 hours total) at 110F, the yellow is now way more profound. Now it clearly looks off to me, but hoping someone can tell me what's up with it. Here's a picture of how it looks now: 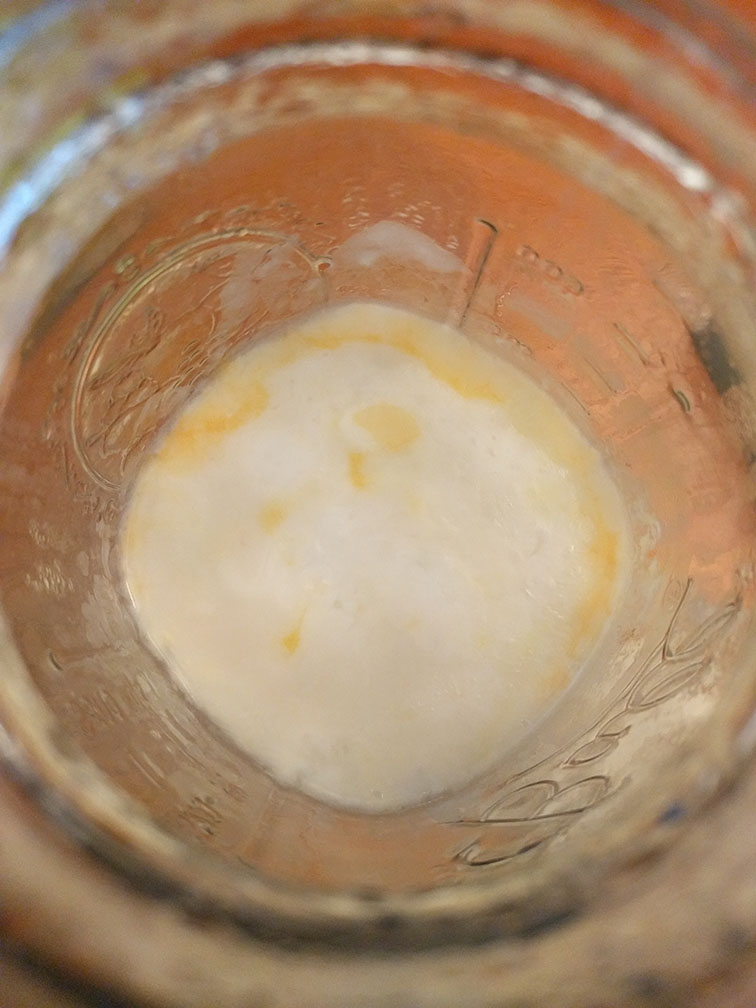 I don't know if sterilization would be that important as I never made it. When you're cooling down the coconut milk, make sure to cover it with a clean (sterile?) cover so no offending bacteria or yeast floating in the air can contaminate it. The air is full of various microorganisms and they might've been a cause of your previous unsuccessful attempts.

Not the answer you're looking for? Browse other questions tagged yogurt coconut or ask your own question.

4
Watery liquid on top of homemade yogurt
6
I'm trying to make yogurt, but it won't turn out. Can someone help?
7
Why isn't my homemade yogurt smooth?
3
Homemade coconut milk separates into different layers after a day in the fridge
8
Should I refrigerate homemade yogurt before making Greek yogurt?
1
Controlling variables in homemade yogurt
3
Whey separation making yoghurt: change in proportions
1
Help! What have I made? Is it safe to eat?
4
Help with homemade vegetable yogurt