In the context of a question about whether or not bread made from matzo meal would be kosher for Passover, I've come to wonder if such a bread would be practical.

If matzo meal is sufficiently finely-ground (so as to match the grain of actual flour, rather than the breadcrumb consistency you get by putting matzo into a food processor), could it be substituted for flour in a bread recipe? What would be the differences between bread made with "matzo flour" and real flour?

First, I'd ask - why would anyone want to make bread from matzo meal even if it was the consistency of flour? Bread has leavening (yeast) so even using matzo meal, it wouldn't be fit for Passover where no leavening is allowed.

But if you're simply curious to know if it's possible using, the answer is no. Matzo is cooked so the heat-treated gluten in it wouldn't be able to stretch and maintain the structure needed in bread. If you tried, you'd have bubbly dough that tries to rise due to carbon dioxide given off by yeast but unable to maintain structure. You wouldn't even be able to shape it without it falling apart unless very wet. Baking would likely make the entire thing collapse.

The baking performance of gluten declined progressively on heating and most of its functionality was destroyed by 75°C.

...data indicate that there are heat-induced alterations in gluten proteins at temperatures above 55°C, which appear to be involved in the loss of functionality (baking performance) on heating.

The effect of heat on wheat gluten and the involvement of sulphydryl-disulphide interchange reactions from the Journal of Cereal Science.

On the other hand, it might be possible to make a quick bread if you used baking powder instead. Quick breads don't rely on gluten for structure.

You can make a respectable quick bread from matzo meal.

Jude's answer provides compelling evidence that the heating involved in baking matzo damages its ability to form a gluten structure, and that such "flour" would therefore be unusable as a substitute for flour in a normal, raised bread recipe.

However, she suggested that it might be usable in a quick bread, using leavening other than yeast, and I decided to give this a go to see what happened.

I used this recipe for Irish soda bread, halving all quantities (this ended up being 2 cups of matzo meal, or four squares worth). Ingredients: 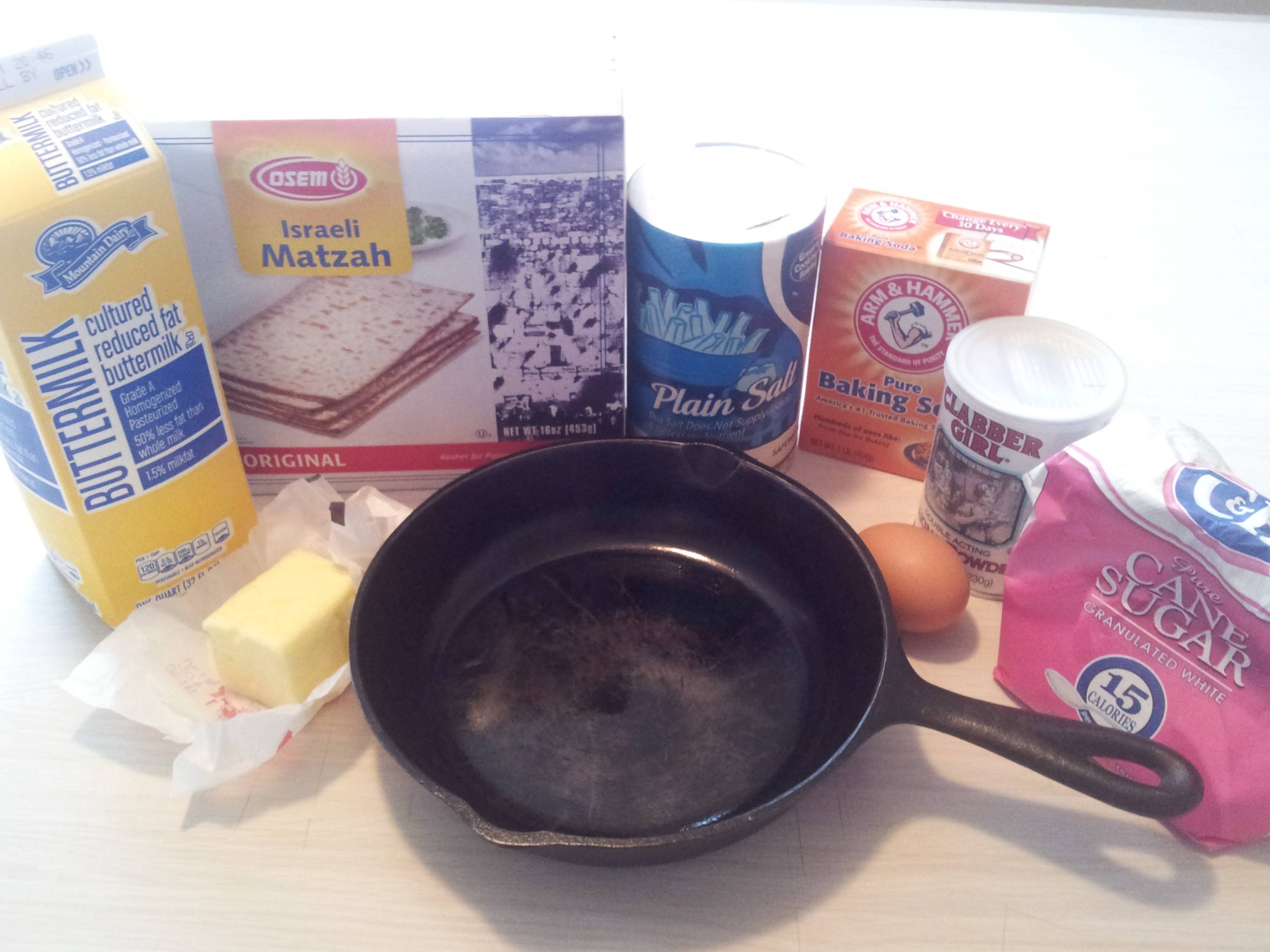 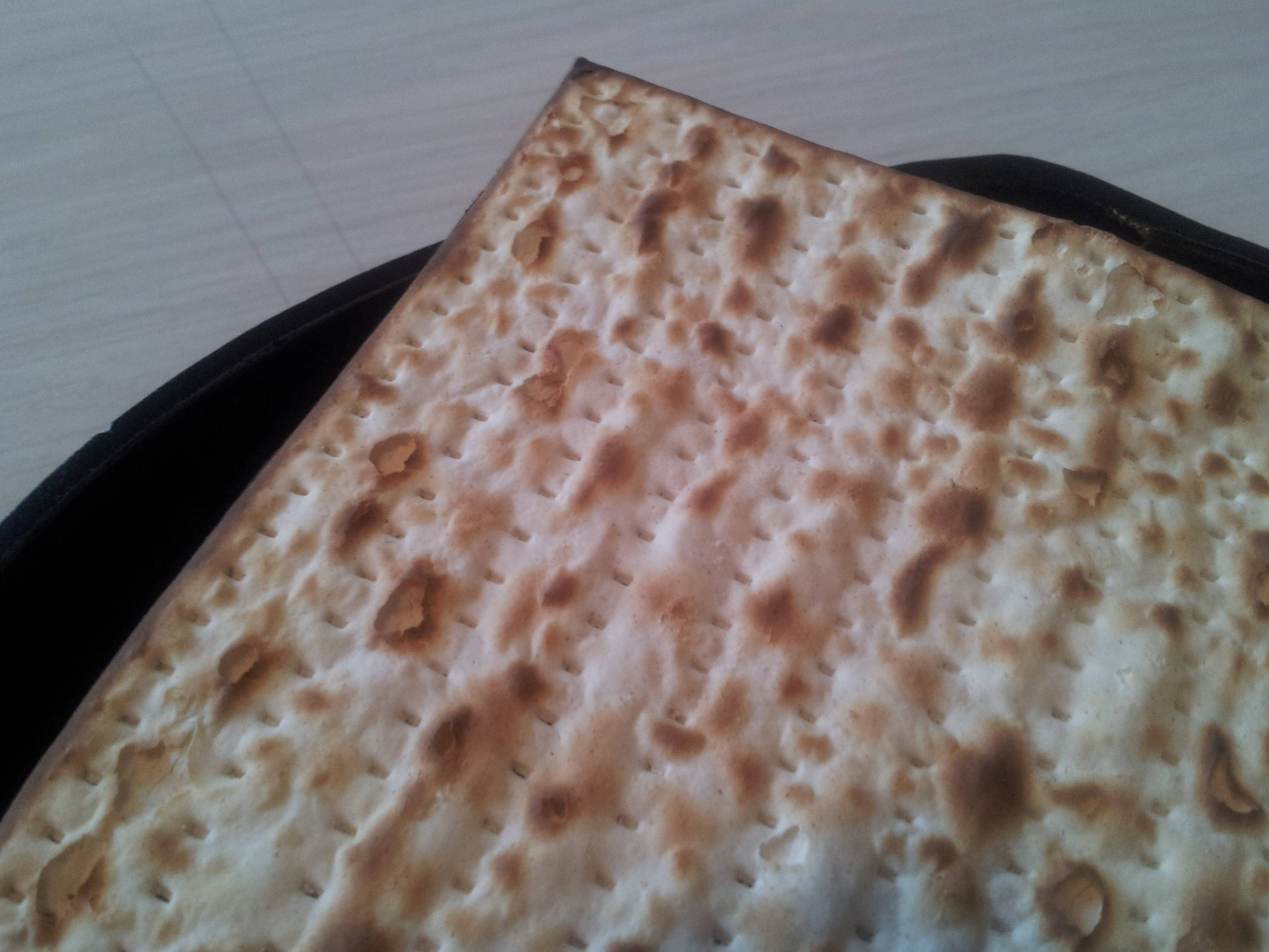 I ground the matzo in a food processor for an unreasonably long time, then put it in small batches into a mortar and pestle to grind it down further. Although this got me a consistency finer than most commercial matzo meal, it still wasn't quite as fine as flour; more like a 50/50 mix of flour and fine bread crumbs: 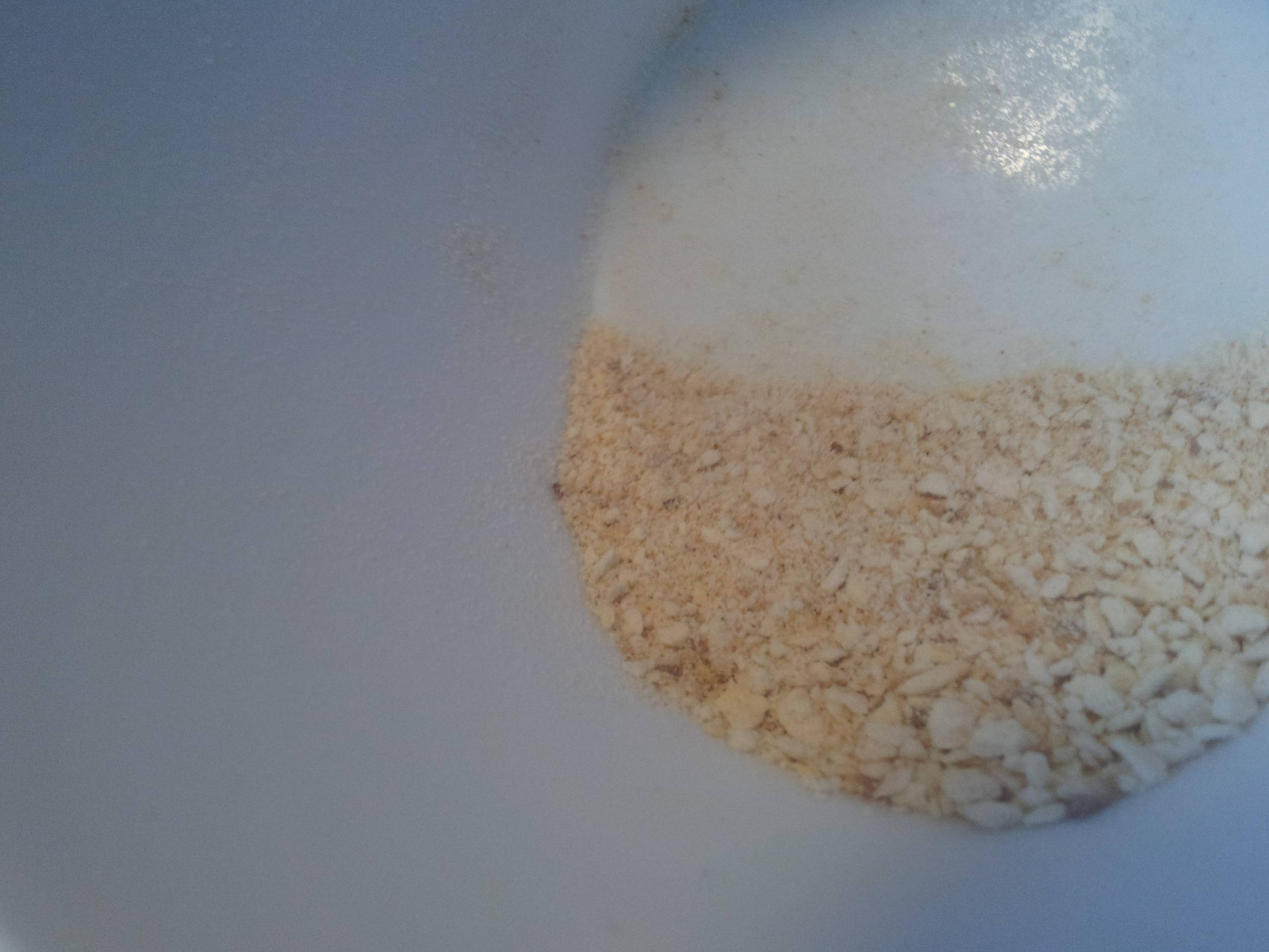 The dough was easily malleable, but the lack of gluten was very noticeable: it didn't want to stick together at all, and had to be handled carefully lest it crumble apart. Cutting the 'X' into the top didn't show any of the expected "springiness" or tendency for the sides of the incision to spontaneously pull apart, as shown in this video. However, it formed into a ball easily enough, as long as I was gentle with it: 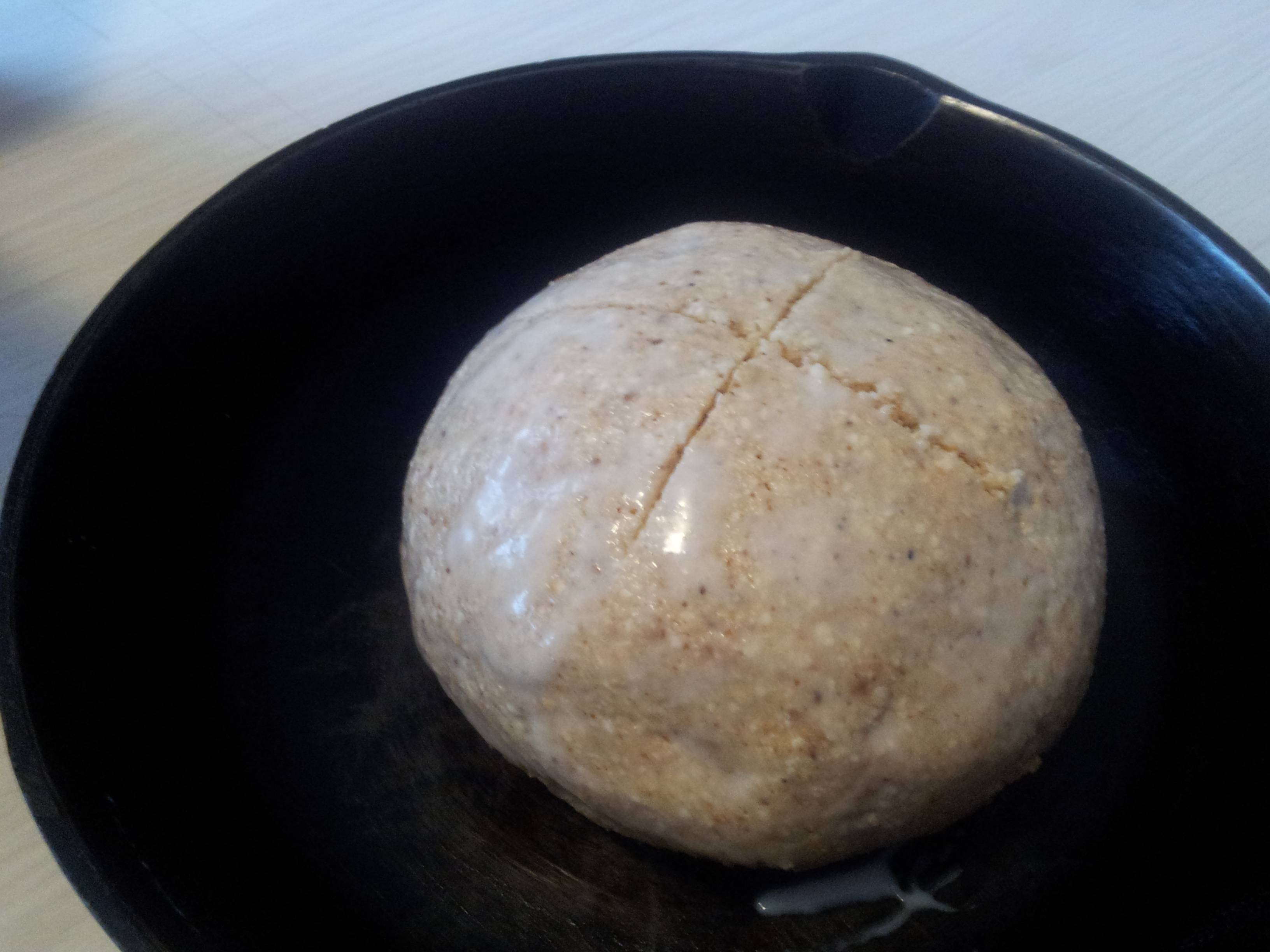 Per the recommendation of a comment on the recipe I was using, and to accommodate my smaller portion, I baked at 350 instead of 375, and left the loaf in the oven for about 45 minutes (until the exterior was nicely browned and a fork came out clean). The loaf barely expanded at all during baking, despite plenty of acid (from the buttermilk) and chemical leavening (baking soda and powder): 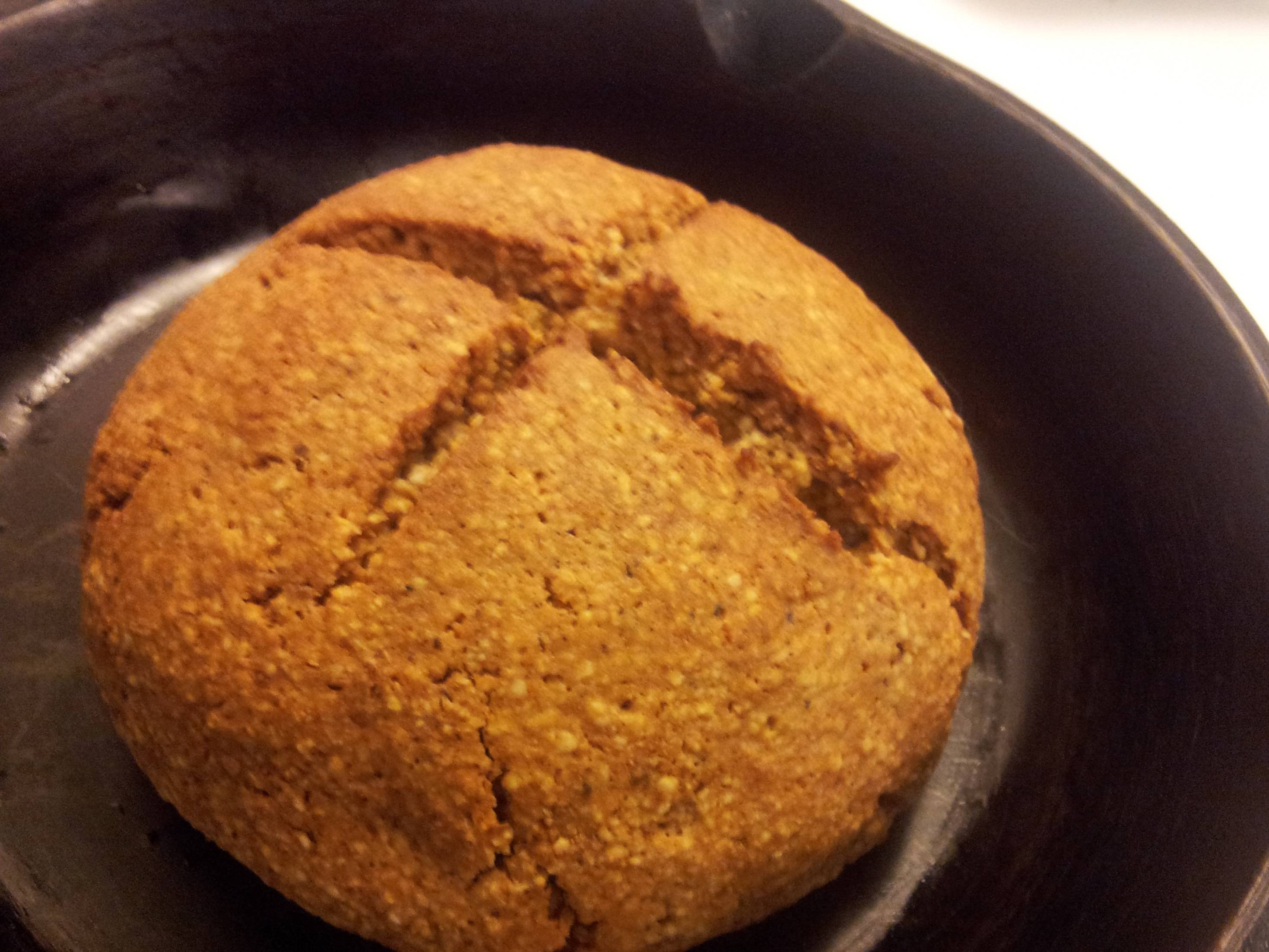 The end result was quite good, but not like Irish soda bread at all.

Texture: Pleasantly crispy crust. Dense, moist crumb. The coarser crumbs from the "flour" are very noticeable and provide a nice chew. Overall very similar to cornbread made with a mix of coarse and fine cornmeal. 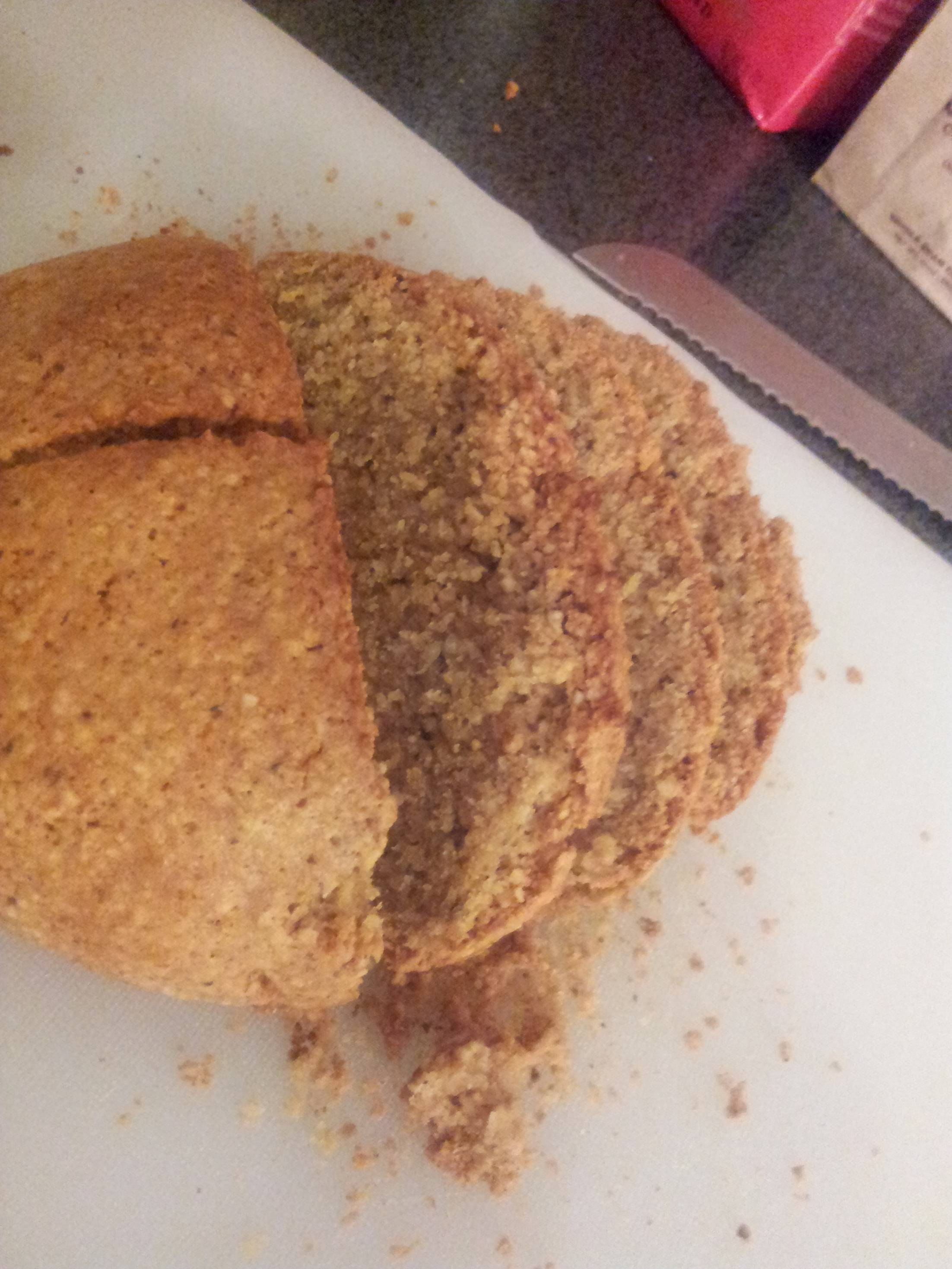 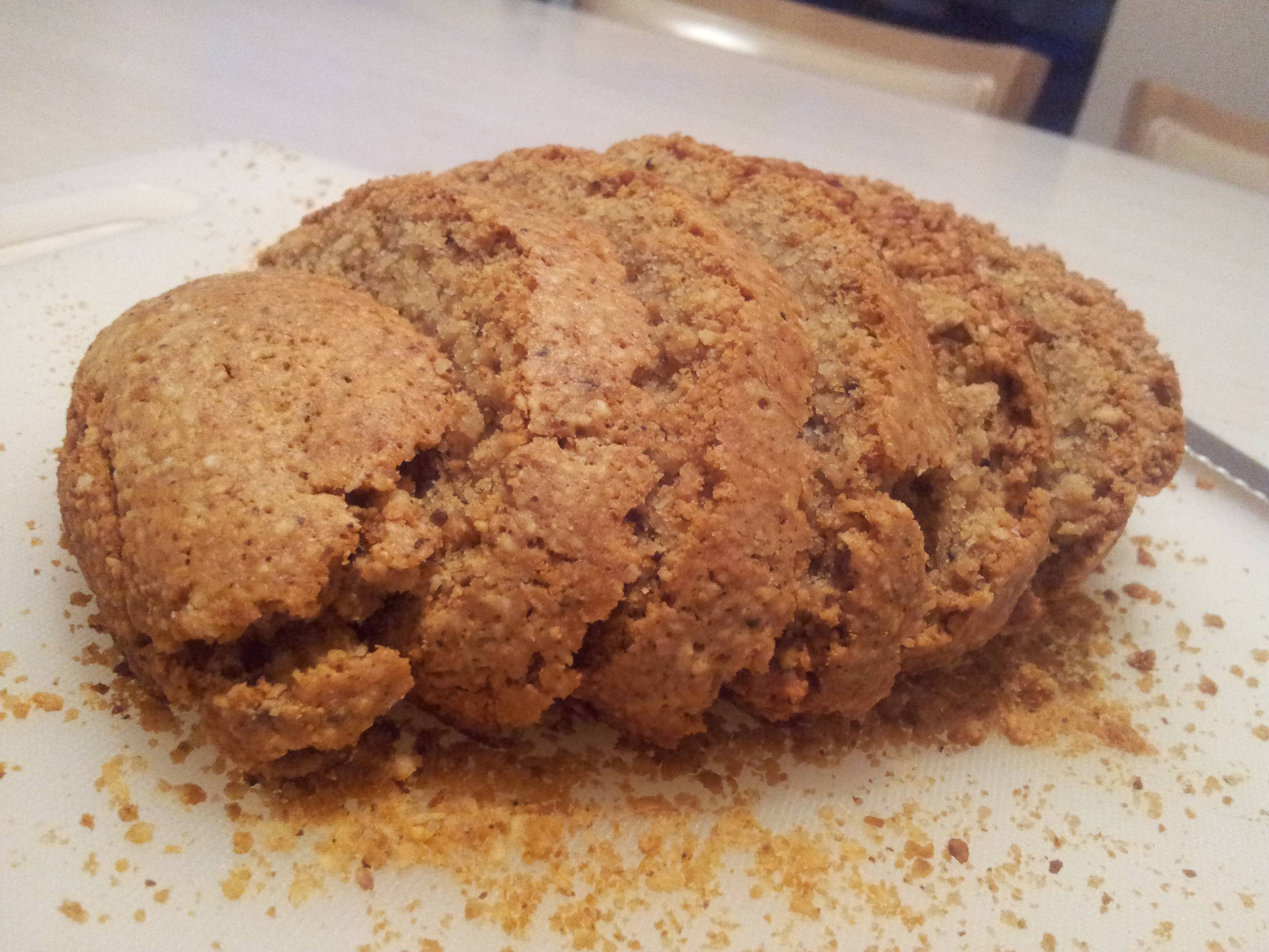 Not the answer you're looking for? Browse other questions tagged substitutions bread or ask your own question.

6
Can you develop a gluten structure by kneading matzoh meal dough?
2
Can you pasteurize flour at home?
3
Can you grind Cheerios and use it as flour?