What went wrong with these pots de creme au chocolat?

As you can see in the photos below, the chocolate seems to have separated out, forming a relatively firm top layer, while the remainder underneath is lighter in color and has an unappetizing wet mousse-like texture. 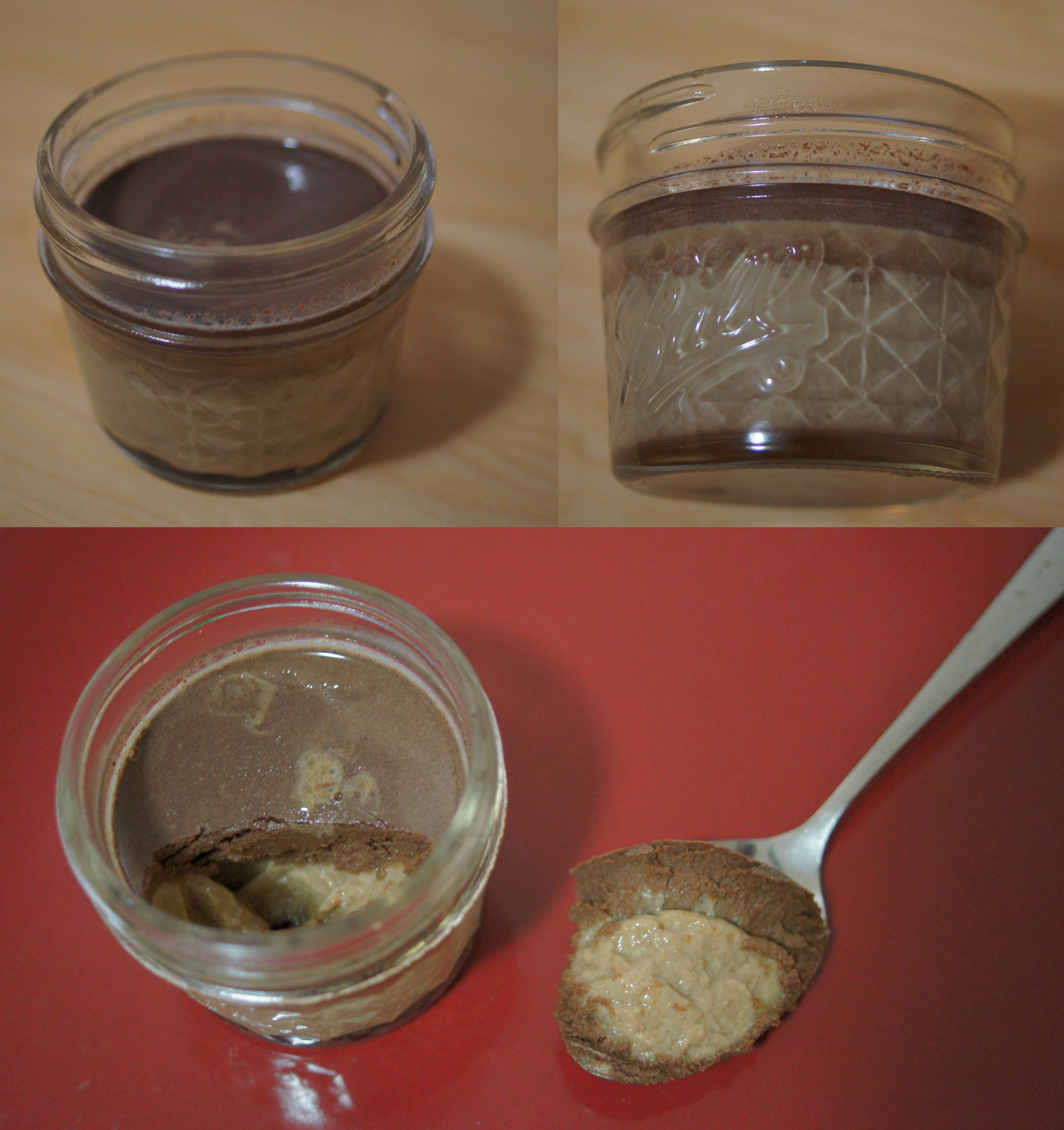 I followed the recipe closely, but let me add some clarifications to avoid ambiguity:

The only possibility I can come up with is that I inadvertently filled the pan with cold water. I used an electric kettle, and while I thought I heard it bubbling in the background, my attention was focused on another recipe. Maybe I never switched it on.

Is this a likely explanation for these results? I can see how a cold water bath would result in uneven cooking, but I haven't been able to find good reasoning for why the chocolate would separate out on top.

You've answered your own question. The water bath should have gone all the way up to just above the crème in your pots. I'd also bet that you had this on the top rack of your oven, this type of water bath should be on the lowest rack to keep the tops from cooking faster than the bottoms which is what looks like happened. I've had the same thing happen with crème brulee before.

Once I removed the jars from the water bath, the layering was immediately obvious in all eight pots de creme. Interestingly, the bottom of the chocolate layer seems to roughly align with the water level in the bath.

I'm relatively confident I have figured out what went wrong with these pots de creme au chocolat.

I noticed that this chocolate and milk mixture never became completely smooth. There were many granules of chocolate (about the size of granulated sugar) floating in the mixture, which would not dissolve, even after prolonged stirring. Tellingly, when I stopped stirring, these granules floated to the top of the milk, forming a layer that was clearly visible through the side of the bowl.

In hindsight, I noticed these granules when I attempted this recipe the first time, but didn't appreciate what they were or that it was abnormal. I found a reference to this issue here:

If your recipe calls for melting chocolate with a liquid, such as cream, again, the proportions need to be right. Too little liquid, and your chocolate will separate and look horrible (this can usually be corrected by adding more liquid). If you have too much liquid and don’t add it slowly enough, however, you may end up with small particles of chocolate suspended in it.

It looks like this applies to both methods I used to mix the chocolate with the milk, since a large volume of liquid was involved in both cases.

I was able to solve the problem using a handheld mixer on high speed to beat the chocolate and milk, which broke up the granules and gave a smooth mixture. I then added this to the egg and sugar mixture and proceeded with the recipe, which produced homogenous, perfectly-cooked pots de creme au chocolat!

So, to conclude, I'm confident the problem was that the chocolate didn't mix fully with the milk, resulting in chocolate granules that floated to the top of the mixture, forming this chocolate-rich layer on top of the pots de cremes. I It should be possible to prevent these granules forming by melting the chopped chocolate with a smaller amount of milk (but enough so that it doesn't seize), and if you get granules, they can be broken up by beating with a handheld electric mixer on high speed.

Not the answer you're looking for? Browse other questions tagged custard or ask your own question.

6
What is the point of heating milk/cream for making Creme Brulée?
5
What could be used as a savoury custard to serve with a savoury jam roly-poly?