Is it normal this white substance in my canned green peas?

I just opened a can of petit pois and I found them covered in this white, gooey substance, as opposed (or maybe better "in addition") to the usual clear liquid. 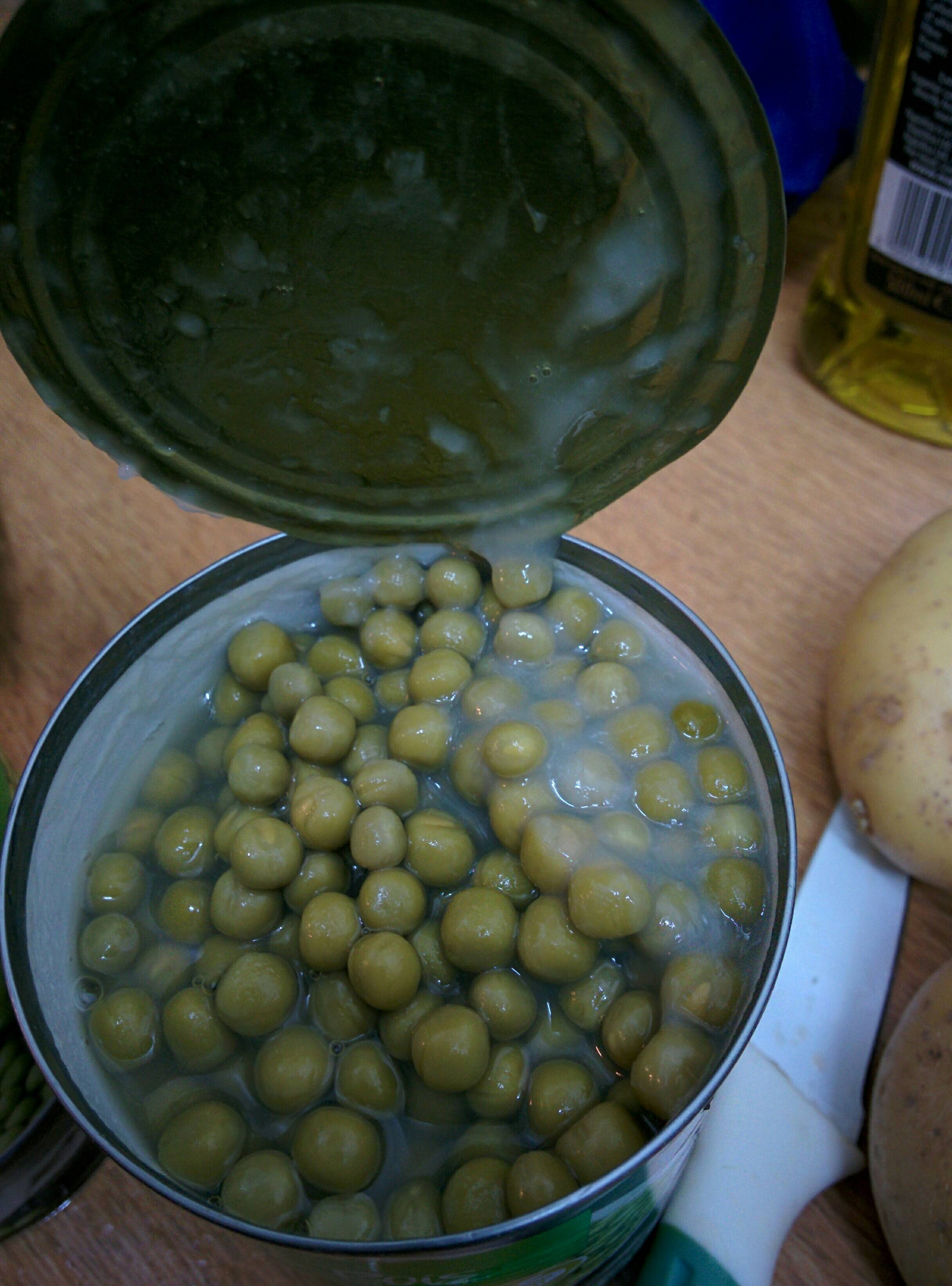 I don't think I have seen it before. I think it's weird that something canned goes bad like that (expiration date is in mid 2020), but I guess it's possible. The weird thing is that I opened a second can (the same brand and kind) and found the same thing. The smell isn't really bad, but I'm still rather hesitant to eat it (in fact I probably won't no matter the answer to this question, but now I'm curious). The cans were stored in a closet cabinet, with the rest of the cans, and I've never had a similar problem before.

I tried to look it up but I didn't find anything clear. Is it possible that this stuff is normal?

food-preservation canning spoilage
Share
Improve this question
asked May 2, 2017 at 19:21

Looks like starch. Several sites I find mention this for different vegetables containing starch, and they all seem to quote Causes and Possible Solutions for Problems with Canned Foods from the National Center for Home Food Preservation (note that these are guidelines for canning):

Causes and solution:
1. Starch in vegetables - Select products at desirable stage of maturity. Do not use overmature vegetables. If canning potatoes, use fresh boiling water to cover and not cooking liquid from preparing hot pack.
2. Minerals in water - Use soft water.
3. Additives in salts - Use pure refined salt (pickling or canning salt) without additives.
4. Spoilage - Prepare food as directed with published canning process. Process by recommended method and for recommended time.

I would just drain and rinse them, and let my taste and smell be the ultimate guide.

Another guideline formulated a little differently

Not the answer you're looking for? Browse other questions tagged food-preservation canning spoilage or ask your own question.

7
The pressure cooker gauge was wrong for cans of soup I processed in the past 5 weeks. What can I do with the soup?
3
Are my cannellini beans safe?
1
Temperature range for canned goods
0
Is this canned Asparagus any good?
3
What is the white substance floating in my fresh mozzarella brine?
0
canned green beans safe to eat!
0
What is this substance in my canned ground beef?
4
Storing spoiled meat with fresh meat in a freezer
1
Should canned peas' water be discarded?