Why flour on bread?

My local bakery tends to put flour on the top of what I thought was already baked bread (but which based on the answers apparently is flour added before the baking process). 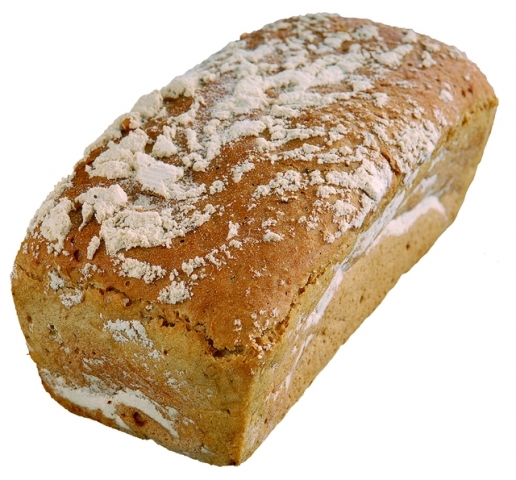 Is this purely for decoration or is there a good reason for doing this?

In traditional bread making methods loaves are often risen in a proofing basket: 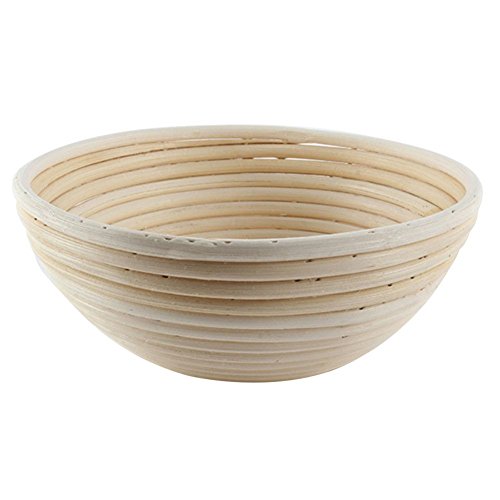 The bread takes on the shape of the basket as it proves, and is then turned out onto a baking surface, in other words it is risen upside down. You need a lot of flour on the dough to keep it from sticking to the sides of the basket, especially in the caps between the rattan. Any excess flour will remain on the bread as it's baked.

There's no practical reason for having that much flour on the top of a tin loaf like the one you posted in your question as those are risen right side up, there's nothing on the top of the bread to stick to. However, when the bread is turned out of the tin it could be onto a floured surface or a very floury hand, the excess flour will tend to stick on.

It's very doubtful, although possible, that the flour is added after baking. If so it is to give it authenticity. If the bread is good quality and you like it just brush the excess flour off before you cut it.

That loaf looks like it was generously floured before baking, in which case it's not raw but I can understand if you don't like the taste. You should probably either choose different bread or dust it off all in one go (a pastry brush might help.

As to why it's there, we can only guess. Hand-formed loaves are often quite floury. Perhaps mass-produced bread is aiming to give that impression, or maybe it was actually made by hand.

As Chris H says, we cannot guess why the bakery decided to use a method which uses that amount of flour.

Despite what the accepted answer says, it is entirely possible that the method needed that much flour. For example, when I make Jim Lahey's original no-knead, this amount of flour is needed on all sides so it won't stick to the proof cloth and then to the dutch oven. Granted, once in the Dutch oven, the flour on top is not exactly necessary, but it is way too much hassle to remove it from the hot container, so I leave it there and my bread comes out as the one you posted. Also, my neighbours ask what I burned, since flour dust gets everywhere in the oven and burns, making the whole house smell charred.

But of course the bakery can also use a method where this amount of flour is convenient but not necessary, or, as Chris H said, purposefully added to mimic the looks of homemade rustic bread. It is almost certainly added before rather than after baking, but it still has a distinct powdery taste.

Old question, I know... So it's the texture that upsets you, not the taste? As was said earlier - it's usually flour from the proving basket or proving cloth, not flour for the tin. Most commercial outfits don't need anything on the tins and sheets, they're that well seasoned by repeat batches. The proved dough is tipped into the tin so top of loaf then becomes bottom of loaf and flour is therefor all over it. If it's a sandwich loaf or soft roll, flour is often added before baking to help keep the top crust fairly soft.

Not the answer you're looking for? Browse other questions tagged baking bread flour or ask your own question.

5
Does teff flour destroy gluten, and what do do about it?

7
Baking bread with spelt flour, without using a bread pan
2
Why is my bread dough sticky?
3
Effects of correcting partially mixed/kneaded dough with flour or liquid
2
Why would you flour your bread loaf pans?
7
Bulk ingredient for keto/low carb flour substitute mix with gluten
2
How much gluten for soft, airy, enriched dough?
2
Why does bread flour have lower protein content than all-purpose flour?
1
How to avoid soft bottom of home-made bread?
0
Does bread flour (vs AP flour) make a big difference in the density of the dough?
0
Why are my tangzhong bread doughs so wet?