What is this fruit called? 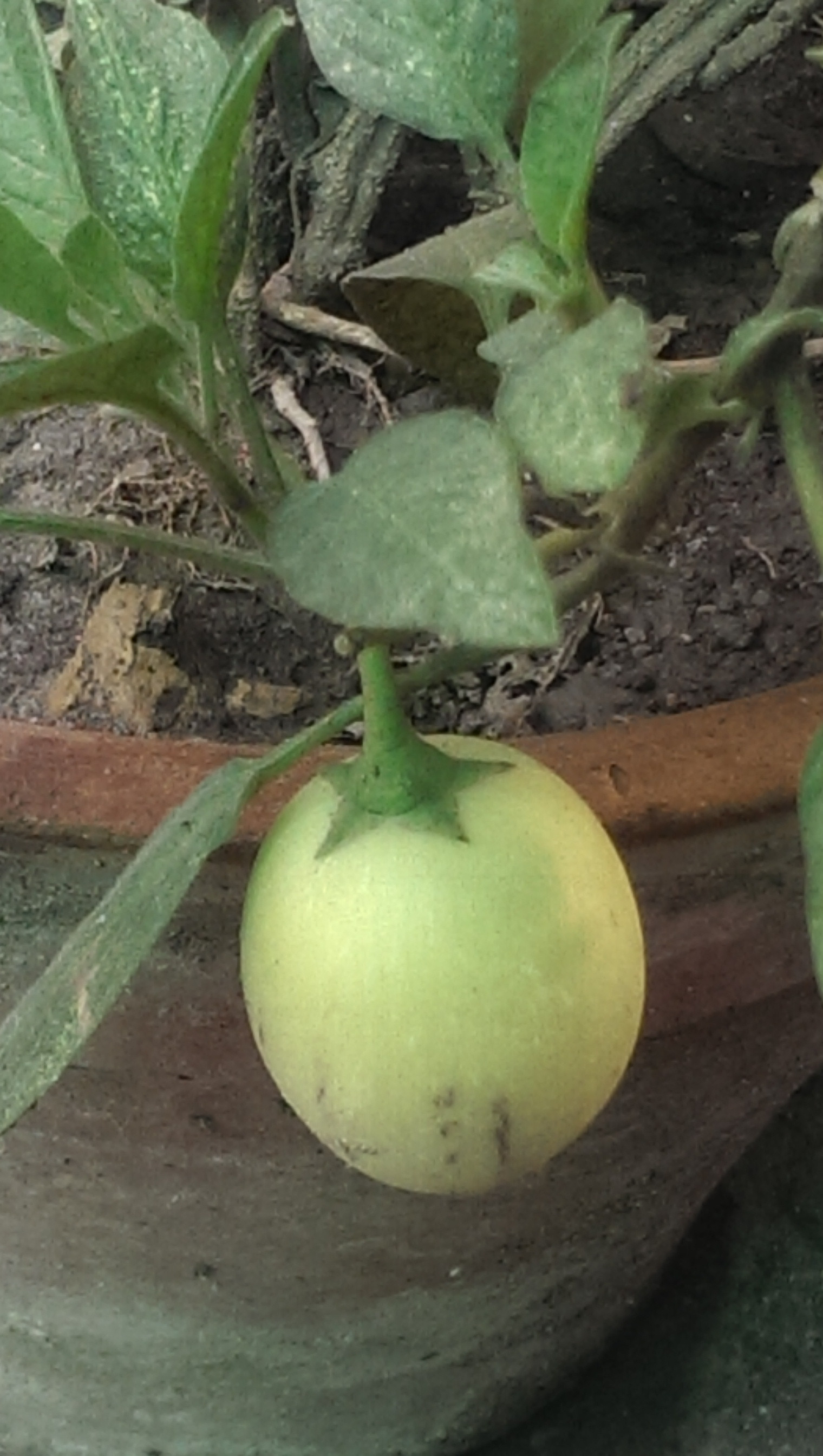 It looks like either Pepino Melon (which I'm growing this year, and I tried to grow in 2015) or Tzimbalo, by the color, the dark striping and the leaves. Eggplant is related to both, but eggplant leaves leaves are broader and bigger than I see in the picture, usually (if not always). Pepino Melons are typically (not always) bigger and longer than Tzimbalo, but it's hard to tell from your picture which it is. I personally think it looks more like a Pepino Melon by the color, lack of sheen, and the way the leaves look.

Pepino Melons are not melons, although some people think they taste like them. They're in the Solanum genus of the nightshade family.

Looks like a small eggplant (Aubergine for you Brits), possibly not yet ripe. (Credit to Huangism, who said so first in a comment.) Botanically, it's a fruit (and a nightshade!!); culinarily a vegetable.

Note that the leaves of eggplants varies considerably. Here's a page (with a photo showing both leaves and a 'fruit'), where the leaves are IMHO fairly similar to those in the Questioner's photo: http://www.learn2grow.com/plants/solanum-melongena-listada-de-gandia-images-large-20148/

Yes. I found out it is pepino melon!

To me it looks like a Mexican tomato. Tomatillos A native plant to Mexico. Tropical or warm weather plant.

5
What is this fruit?
11
Who knows what this fruit is called?
4
What's this yellow plum-like fruit with a spiky stone? West Africa
4
What are the principal components of coconut taste, and how do they differ between fresh and stale coconuts?
5
What is this small green fruit called?
7
Please identify this nut covered cheese
3
What is this bean called?
4
What is tofu that's crispy outside and fluffy inside called?
28
What kind of pickle was this?