Does anyone know if this utensil has a unique name or know where to purchase one like it? 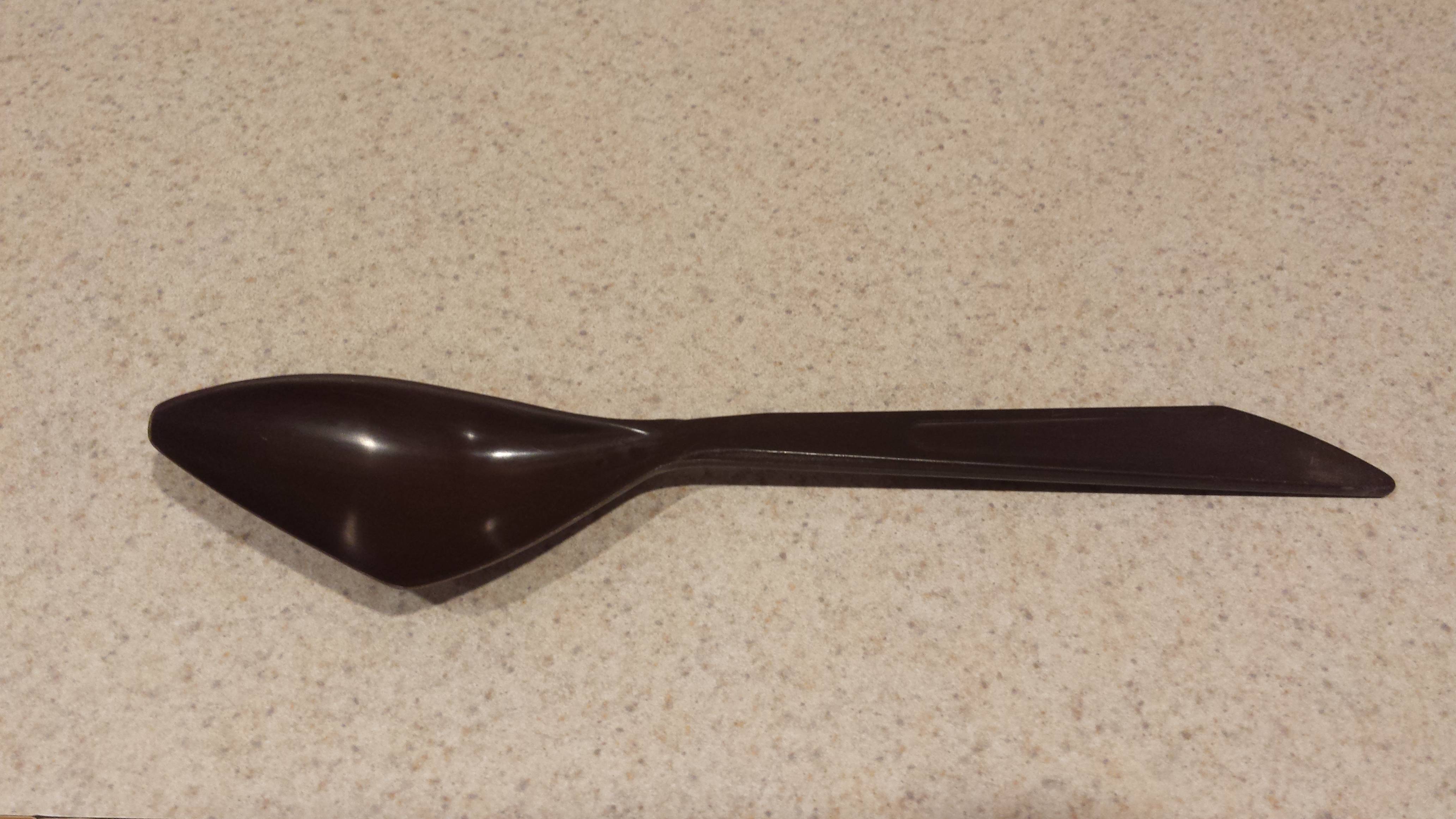 My mom received this spoon from "A wok set from our wedding" (early 1980's) and loves it. She has named it The Triangle Spoon.

My siblings and I have been looking for a way to purchase/make more for several years now with very little luck.

That is a pretty neat spoon.

The closest I could find is these spoons. They are handmade, so you may be able to speak to the maker for modifications if you're preferences are only a little off. This spoon is also kind of similar.

There is also this spoon - it has the angle and some curves, but is a bit flatter than your spoon, a bit more spatula-like. I don't know how much that matters. Here's another one. Or this one.

I also found this one, it is more available, but it is much more spatula-like and cannot be used for scooping... but if you're interested in the scraping side it might do

Most of these showed up under wok spoons, though it took some going through the listings to find them. I didn't find a better term, though, than wok spoon or scraper spoon.

A bit further afield, I found this or this, both much less similar in appearance but seems similar in function, ie, scraping and ladling.

Of course, it is possible you've already seen these or ones like them... the first couple seem decent, the rest are less of a match.

On the other hand, you mentioned making them? A wooden spoon (serving spoon, probably, has a deeper scoop) could be cut and/or sanded at an angle to achieve much the same effect. Or else look at people handcrafting cooking utensils - wood is more common, but there are some metalworkers that might work - and see if they can quote a price on making such a spoon to order. I would suggest looking at etsy.com as a starting place for that.

See KDS spoons. Close but not quite there in photos. Close as I can come. You may be able to order from them.

// TODO sg: TMP solution until we are confident in our current implementation of async imports // once we are, we can move the if into the js entry file and dynamically load the mark obsolete module