Ask Question
Asked 2 years, 9 months ago
Active 1 year, 4 months ago
Viewed 4k times
4
This question already has answers here:
What's the difference between latte, mocha, and all the other drinks on a coffee-house menu? (5 answers)
Closed 2 years ago.

What is the difference between the following types of Italian coffee?

This image (from visual.ly) shows the difference between the mixture of ingredients and (possible) cup sizes of various sorts of coffee, including the ones you asked for: 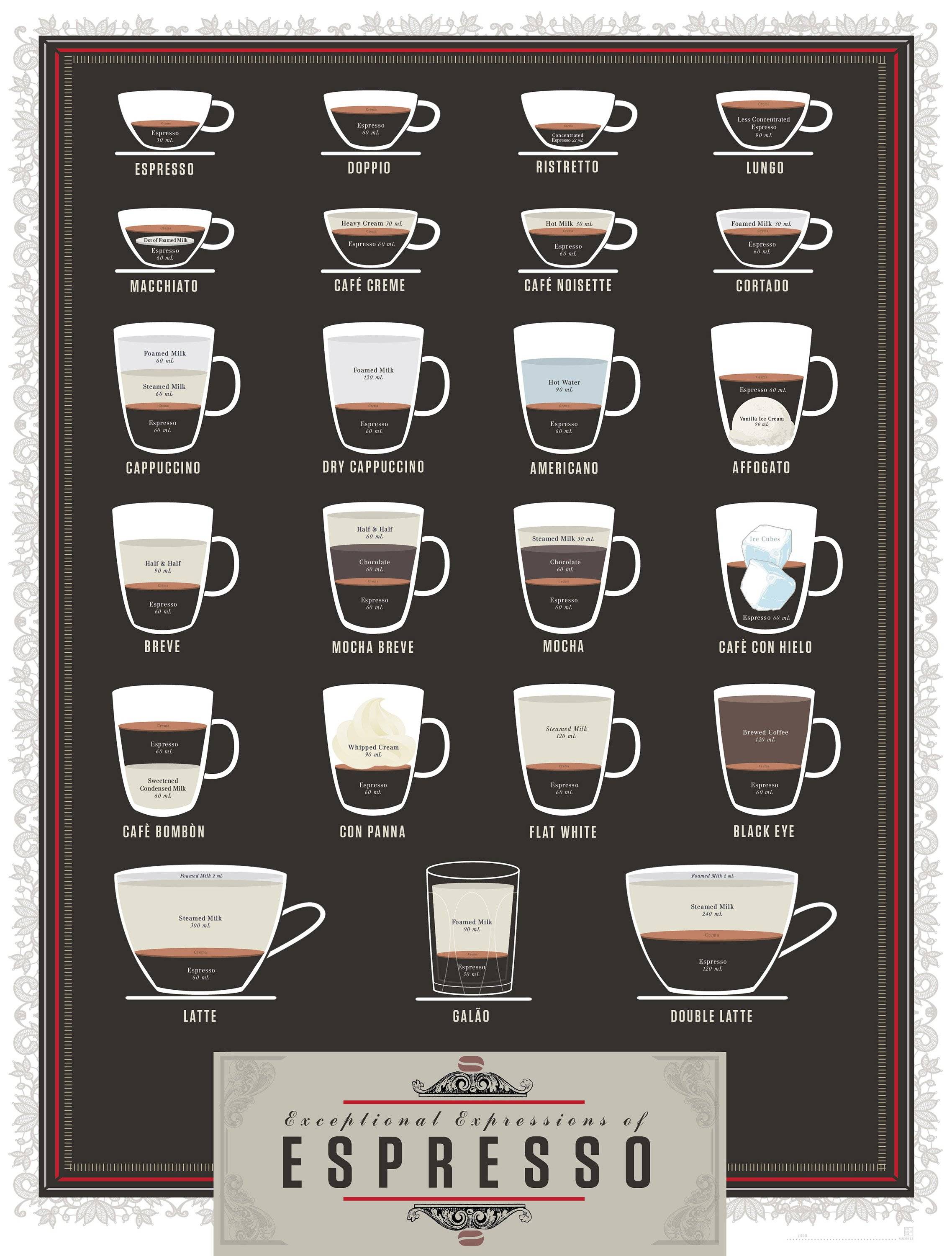 A (caffè) lungo is 'just' an espresso prepared with more (twice as much) water than usual, making it less intense.

A caffè corto, more commonly called ristretto, is the opposite: less water (half as much) is used in preparation than with a normal espresso, making it even more intense.

For the macchiato, milk foam is added to an espresso; a cappucino has milk foam and steamed milk added to it.

Another important difference, when you're in Italy, is that you don't order a cappuccino after 10am.

Not the answer you're looking for? Browse other questions tagged coffee italian-cuisine or ask your own question.

39
What's the difference between latte, mocha, and all the other drinks on a coffee-house menu?

9
Differences between coffee made with french press or espresso machine?
1
How to make a “French Vanilla cappuccino” with a espresso machine
13
What is the difference between coffee grinds/beans labeled as “espresso coffee” and ordinary coffee?
6
Does milk matter to achieve the perfect latte?
2
Can bean-to-cup machine make quality espresso/cappuccino?
39
What's the difference between latte, mocha, and all the other drinks on a coffee-house menu?
8
Does this picture accurately describe different kind of coffee?
1
What do I need to know about coffee machines and grinders to get started making good coffee at home?
6
Is there a reason to have coffee grounds at the bottom of an espresso?
0
Help with finding pod-based Coffee and Espresso maker