What went wrong with my bread?

I made challah earlier today and the texture is a bit off- it's slightly too dense and not as fluffy as it should be. The recipe I used calls for only yeast, not baking soda. Any idea what I should do differently next time?

Edit: The recipe I used was this, but without the apple filling https://toriavey.com/toris-kitchen/apple-honey-challah/

I let it rise for 2 hours (punching it down at the halfway mark). I baked it at 350° for 20 minutes, turned it 180, baked another 20, covered with foil, then baked it at 10 minute intervals for another 30 minutes until it sounded more hollow and the internal temp was about 190°.

After shaping I let it rest for about 40 minutes.

It tastes good but the texture seems slightly off, so I’m hoping to get some insight for my next attempt 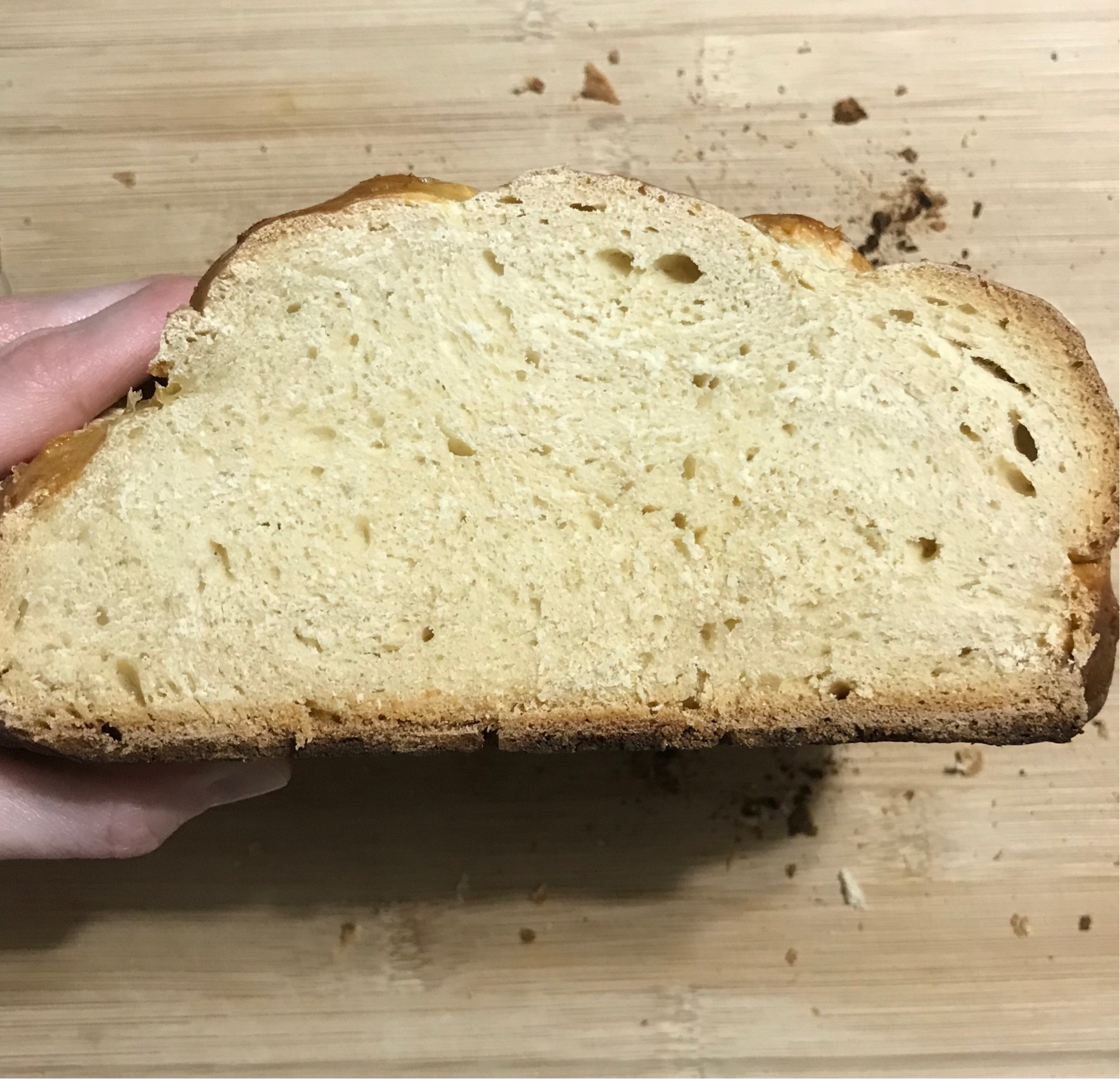 I think you got very close, just a couple of tweaks are necessary.

Generally the reasons for a dense loaf are that the dough is too dry and/or inadequate gluten development. If you have reduced the liquid in the recipe by adding less honey and not replacing it with something then you will have less gluten development because gluten needs water to unwind and yeast needs water to function. It's also possible you added too much flour when kneading, don't add any more flour than the recipe calls for, even if it is sticky, it will incorporate and become less sticky as the gluten develops. A dry dough will also get less oven spring from the expansion of air and water vapor. Leaving out the apples in this case shouldn't make the bread dense as they are a filling and not the actual dough.

It's also possible you didn't let it proof enough. Recipes often give timings for proofing, but what you should be looking for a result. Challah is an enriched dough, the honey, eggs, oil, and sugar will all retard the yeast action, making it slower to rise. It can take awhile for an enriched dough to get working, so it helps to budget extra time. I like to let a challah more than double in size before I move on to the next step.

Another problem could be you didn't knead enough. Kneading unwinds gluten strands and lets them entangle, giving your dough elasticity and allowing it to trap the air created by yeas action. If you don't knead enough there will be less gluten development, and less elasticity. It doesn't look like this was the case for you, but it is a consideration.

Now, when it comes to braided breads there's a few gotchas. Your goal when braiding and shaping your bread should be to preserve as much as the air in the dough.

Looking at your picture the edges of the bread have bigger air holes than the center, which leads me to think you braided it too tight and/or were too rough with it when braiding it up. The edges still look a little dense though, probably it was a bit too dry as well.

Not the answer you're looking for? Browse other questions tagged baking bread dough mistakes or ask your own question.