Does anyone know what kind of pan this is? 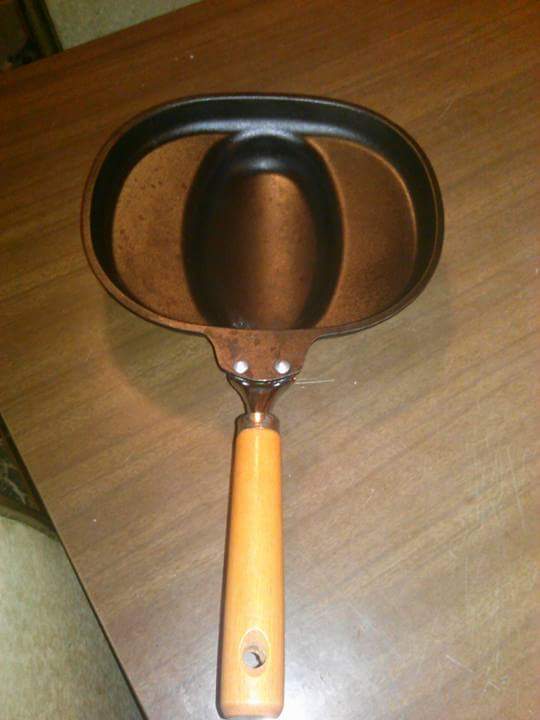 I have a friend who has this pan. What is it used for?

Your friend has an omurice pan. Omurice is a type of Japanese omelet. From Wikipedia:

Omurice or omu-rice (オムライス Omu-raisu) is an example of yōshoku (a Western-influenced style of Japanese cuisine1) consisting of an omelette made with fried rice and usually topped with ketchup.[2][3] With omu and raisu being contractions of the words omelette and rice,[4] the name is an example of Gairaigo. It is a popular dish both commonly cooked at home and often found at western style diners in Japan.

Omurice is said to have originated around the turn of the 20th century[4] at a western style restaurant in Tokyo's Ginza district called Renga-tei, inspired by chakin-zushi.[5] The dish was brought to Korea and Taiwan, and it is popular cuisine[6]. In Japan children, in particular, enjoy omurice, and it is often featured in okosama-ranchi (お子様ランチ) or kids' meals.1

This picture shows how it would be used: 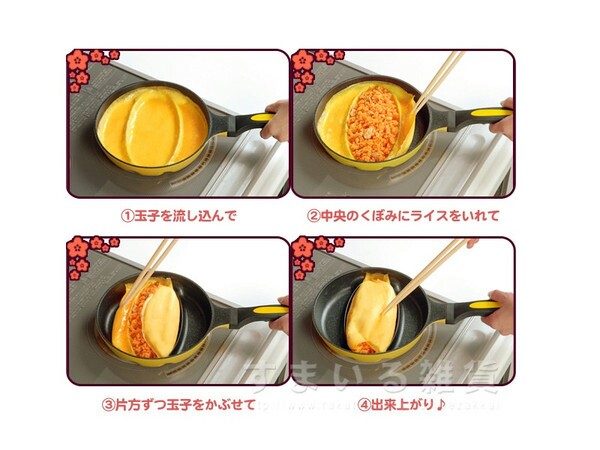 15
What is a "nonreactive" pan?
1
What kind of food should be stored in a refrigerator's "snack pan" drawer?
1
What is this spoon-like kitchen utensil with a rubbery head and wooden handle called?
3
What should I look for in a crepe pan?
4
What Kind of Pan is This?
2
Does anyone know how to make a Sous Vide style cooking vessel?
4
What kind of nonstick coating is this?
4
What is this utensil?
23
What is this old "lemon-squeezer" shaped pan
10
What kind of teaspoon is this?