Is this a bad apple?

I cut my apple open this morning and found that it had an unexpected consistency emanating from the core. I couldn't find much about what's going on here other than maybe this is some kind of mold (seems unlikely).

What's going on with this apple?

This particular apple was part of an Amazon Fresh delivery. I've had about 10 of them up to this point, all of which were good apples.

I took a bite before throwing it out. It tasted fine and the texture is the same as far as I can tell (dense, fibrous). Ultimately I decided to toss it erring on the side of caution. 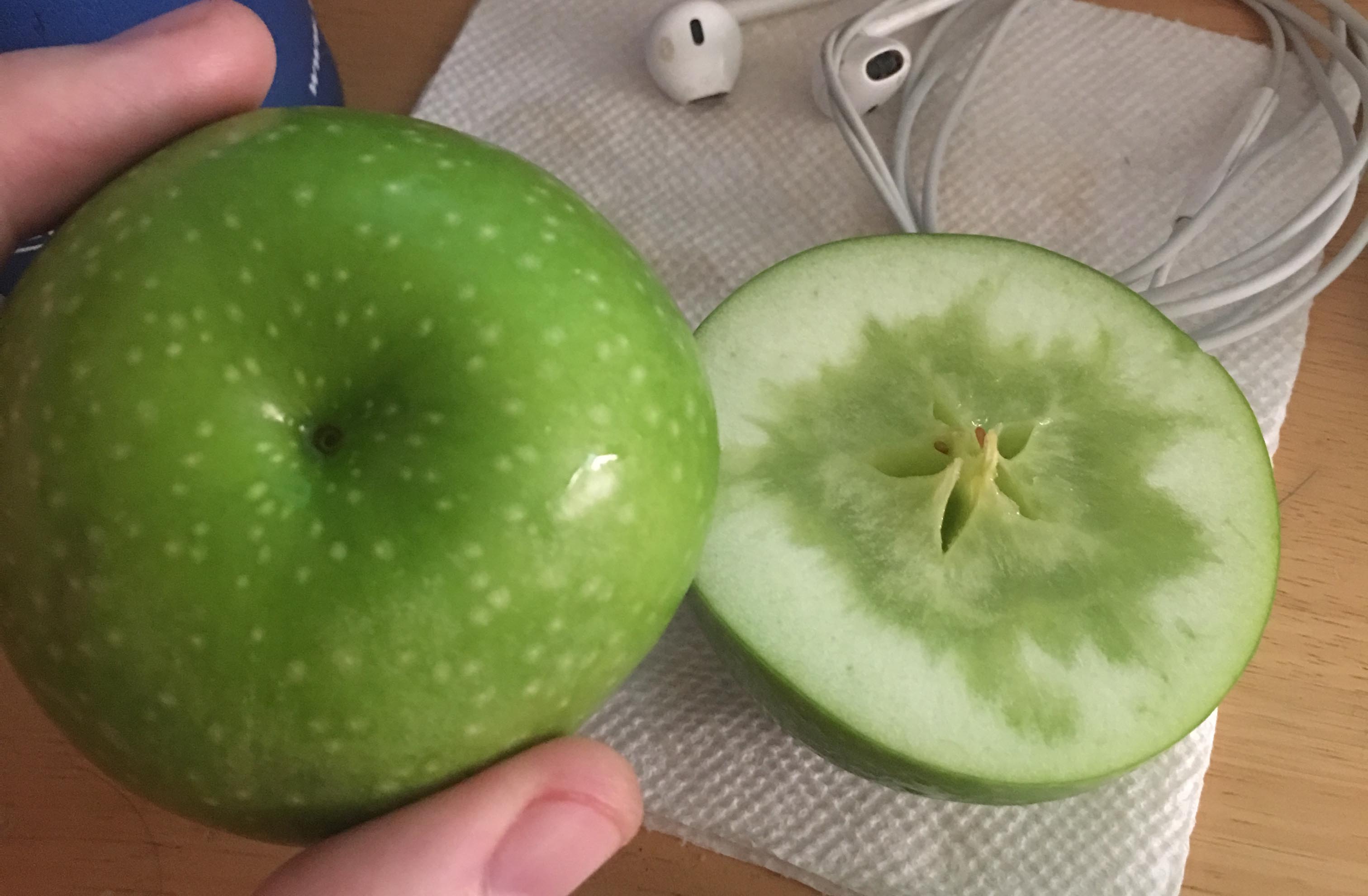 This appears to be watercore, specifically radial watercore, from the image you have posted. It should be safe to eat, according to this site and this site.

According to an article from Washington State University, watercore is a disorder of some apple variants, which can cause the internal flesh to appear glassy [shiny and translucent] later into the growing season. In some studies, low levels of calcium have been shown alongside the condition. As well, it should be noted that the condition 1) does not occur after harvesting 2) may cause an increase of sweetness, and 3) cause the apple to quickly degrade during storage.

As to the causes of this disorder, there are a number of theoretical factors for causation: Genetic defects, water regiment, temperature, minerals, leaf-to-fruit ratio, maturation and ripening, sorbitol metabolism and altered transport. These are discussed to some degree in both the WSU article and this MSU article

Not the answer you're looking for? Browse other questions tagged apples or ask your own question.

4
How to make apple chunks in apple pie stay intact?
2
Kind of apples for apple purée / apple sauce
3
Why didn't my apples caramelise?
1
How to not buy the bad apple?
1
Cleaning wax and pesticide from apple skin
0
How do choose apple type in store?
2
Black apple crumble!
13
Little maggots on top of my home-made apple cider vinegar, is it bad?
1
Am I on wrong track or is my Apple Cider gonna waste?