Why would a vidalia onion be purple? It smelled felt and looked normal otherwise. 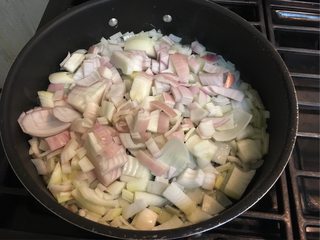 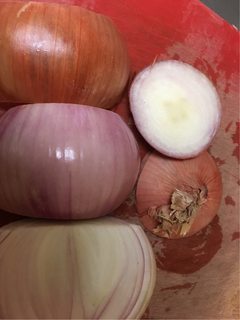 As Wikipedia states (with good sources):

A Vidalia onion (/vɪˈdeɪliə/ or /vaɪˈdeɪliə/) is a sweet onion of certain varieties, grown in a production area defined by law of the U.S. state of Georgia and by the United States Code of Federal Regulations (CFR).

The varieties include the hybrid yellow granex, varieties of granex parentage, and other similar varieties

As far as I understand, there are varieties with puprlish tint in the mix. The most defining thing about onion being accepted as Vidalia is taste, capability of growing well and not developing sharp taste when grown on low sulfur soil around Vidalia, Georgia. If taste is sweet and mellow as you would expect it to, then color is probably OK and onion is within what state of Georgia allows to call an vidalia onion.

It is also possible that what you got was unplanned crossbreed with red onions from near field. This can happen if onion is grown from seeds, especially seeds gathered by the farmer himself, as seed selling companies tend to be very careful about that. In that case, these onions should not be sold as Vidalia onion - but if they are half-Vidalia-accepted-variety and grown in proper soil, taste should be pretty close to what you paid for.

I think it would indicate a genetic cross- breeding with a purple onion. Should not affect taste or edibility.

Not the answer you're looking for? Browse other questions tagged onions color or ask your own question.

22
What are the differences between different types of onions, and when do you use them?
7
Can Escallion be replaced by onion?
6
Why did my French onion soup with 'red' onions come out tasteless and bland?
2
slimy red onion
3
Why do purple snap beans turn green when cooked?
9
Why does my onion have very few, very thick layers, and a hollow center?
23
Why stud an onion?
41
How to know when a recipe shouldn't contain onion/garlic?
5
Why cook octopus with an onion?